This chapter describes how to configure the VRF aware IPv6 Tunnels over IPv4 Transport.

The VRF Aware IPv6 over IPv4 Tunnel can have any line card towards the core facing side. 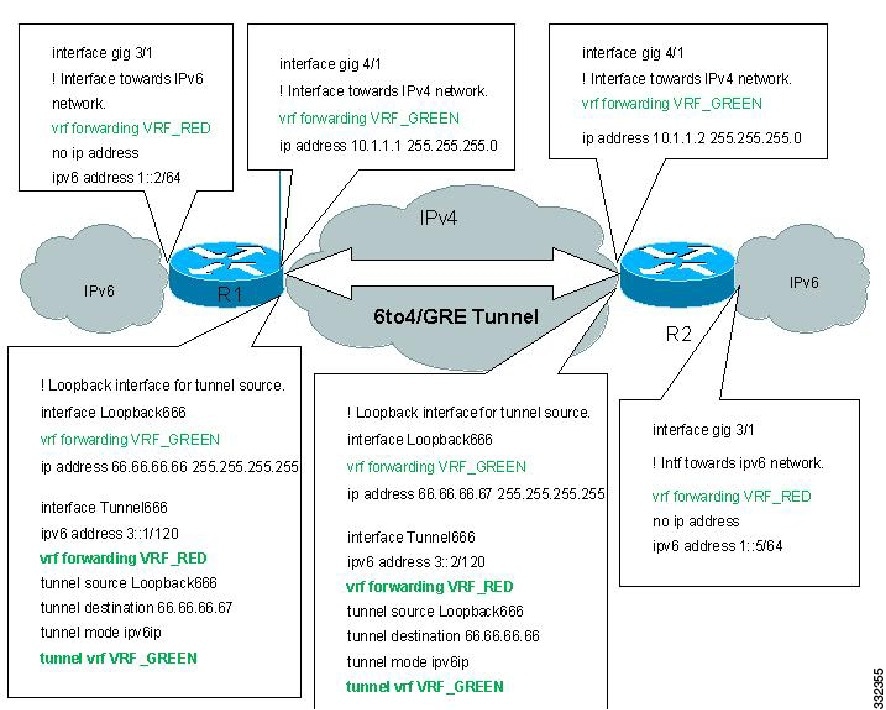 An IP tunnel is an IP network communications channel between two networks. It is used to transport another network protocol by packet encapsulation.

To minimize packet loss during switchover, all the relative components in the network need to be HA capable.

The followings are the tunnel types that support HA:

MDT and MPLS-TE tunnels do not support HA.

IPv6 traffic is carried over IPv4 generic routing encapsulation (GRE) tunnels using the standard GRE tunneling technique. As in the manually configured IPv6 tunnels, GRE tunnels are links between two points, with a separate tunnel for each link. The GRE tunnels provide stable connections that require regular secure communication between two edge routers or between an edge router and an end system. This feature supports VRF Aware IPv6 over IPv4-GRE Tunnel on the c7600, and is applicable only to the ES+ family of line cards.

The VRF Aware IPv6 over IPv4 GRE tunnel must have ES+ line card towards the core facing side. 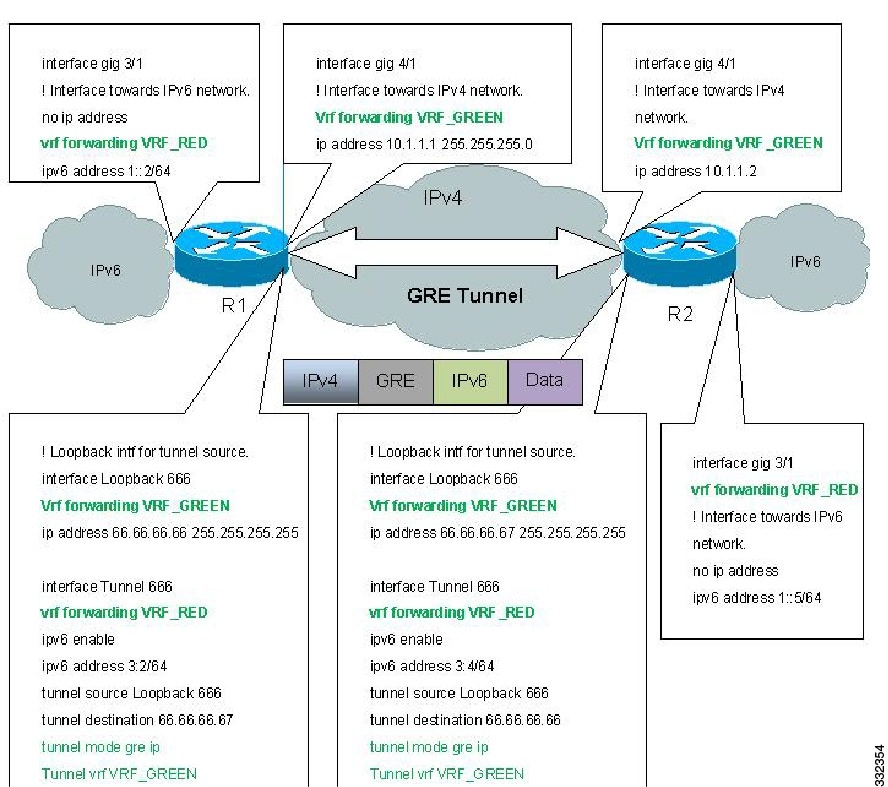 Restrictions for IPv6 over IPv4-GRE tunnel

Following restrictions apply to the IPv6 over IPv4-GRE tunnel:

For information on IPv6 over IPv4-GRE tunnel configurations, see: