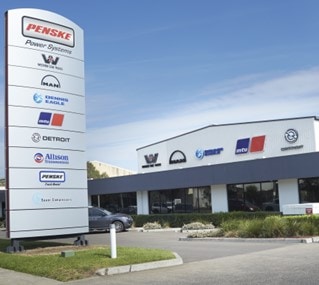 ●      Accelerated workstation and server boot times from minutes to seconds

Something unexpected happened the day after Penske Australia completed its data centre infrastructure upgrade. One after another, employees from a variety of subsidiary brands reached out to the company’s centralized IT team.

“We typically don’t hear from our users unless something’s gone wrong,” says Bobby Stojceski, technology and security manager for Penske Australia. “But at least a dozen people called to tell us how fast SharePoint was running.”

It wasn’t long ago, he explains, that Penske Australia employees would go through a common morning ritual. They’d arrive in the office, turn on their workstation, and promptly find something else to do while SharePoint booted up. Some would go for coffee, others would chat with their coworkers, and all of them would wait.

That’s no longer the case with Cisco HyperFlex fueling the company’s data centres and the applications they deliver to nine brand entities.

“We’ve had quite a few acquisitions over the years, but we’ve always kept IT centralized,” says Stojceski. “There are lots of mouths to feed and we have a small IT team, so my philosophy is to keep things simple. We want to spend our time pushing the business forward, not managing racks of gear.”

Simplicity was a key priority when Penske Australia made the decision to refresh its data centre infrastructure. The company also wanted to accelerate its applications, reinforce its security posture, and improve its disaster recovery capabilities.

“Cisco HyperFlex was the best commercial solution available in terms of cost and features,” Stojceski says, noting the company’s desire for hyperconverged infrastructure (HCI) instead of a traditional three-tier environment. “But it was an in-depth technical discussion that really sold us. We got to peek under the hood and saw that this is a really well designed, technically sophisticated solution.”

Penske Australia now has five-node Cisco HyperFlex clusters at its primary and backup data centres, hosting roughly 200 virtual servers and all of its applications. The HCI environment slashed the company’s technology overhead and costs, reducing 56 rack units of gear down to 24. The platform is tightly integrated with VMware and Veeam, and is managed with Cisco Intersight and Cisco Workload Optimization Manager.

“Cisco Intersight is cloud-based and AI-driven, and it allows us to see our entire environment, spanning both data centres,” says Stojceski. “Cisco Workload Optimization Manager automatically balances our servers across hosts to continually rightsize the environment, and it also allows us to avoid VMware enterprise licensing.”

With the new infrastructure in place, everything from application performance to server updates to data centre failover is faster.

“The first time we did a server update, we didn’t think it rebooted,” Stojceski recalls. “We actually had to check the logs because we had never seen anything reboot so fast. What used to take 10 minutes now takes 10 seconds.”

Disaster recovery is no longer a concern with the two data centres connected to each other and integrated with Veeam Availability Suite. In the past, failover took two hours and only 70 percent of the company’s systems would come back online. A recent test using Cisco HyperFlex brought up 100 percent of the company’s systems in less than an hour, and application performance didn’t dip.

That’s a big change from the slow boot times and storage bottlenecks of the past, which used to cause application latency and user frustration.

“It’s unusual to get unsolicited user feedback,” Stojceski says, “but we continue to hear how much faster everything is.”

Shifting focus from IT to business operations

The simplicity and flexibility of Cisco HyperFlex proved vitally important when the global pandemic hit. In less than a week, Penske Australia was able to deploy a remote desktop environment that enabled one-third of its employees to work from home.

“We would have been in a world of hurt if we hadn’t installed Cisco HyperFlex before the pandemic,” Stojceski claims. “Because we had the right platform in place, we were able to shift about 300 people to remote work in a matter of days.”

His team has also shifted its focus from IT operations to value-added projects.

“We used to defer projects every year due to a lack of time and resources,” Stojceski says. “But now that we’re no longer worried about storage metrics and blinking lights, we can do some cool things for the business.”

The team has built some new applications. It is focusing on security, which has become Stojceski’s “new passion.” And it has plans to develop mobile apps that will improve business operations.

“These are things that have been on our radar for two years. We just didn’t have the time,” Stojceski says. “Not having to worry about storage and compute is a great place to be. It’s rare in our world.”