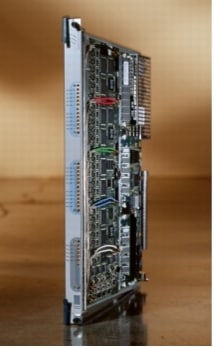 The Cisco 5x20H BPE is a cable interface line card for the Cisco uBR10012 that performs cable modem termination system (CMTS) functions, such as:

Featuring a highly integrated and robust RF front end and an advanced processing engine for DOCSIS-based and Euro-DOCSIS-based networks, the Cisco 5x20H BPE enables high-performance, reliable, and secure bidirectional transmission of IP packets over the cable plant for data, voice, and video services. The card supports:

The new Cisco uBR10012 BPE offers 5 downstreams with upconverter, 20 upstreams, spectrum analyzer, and a dense connector. The dense connector is designed to simplify installation and maximize serviceability. Please make sure you procure a correctly terminated cable to connect to this connector by ordering one of the cable kits from Cisco or by purchasing an equivalent set from White Sands Engineering (www.whitesandsengineering.com). Table 3 lists part numbers and descriptions.