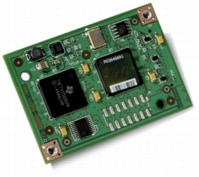 The Cisco Enhanced ITU-T G.168 ECAN feature can be run either on the dedicated ECAN modules or the general voice resources that reside on the platform, network module, or advanced integration module. For example, Cisco 2800 Series and 3800 Series integrated services routers can use either the packet voice DSP modules (PVDM2s) mounted in the router chassis or the digital signal processor (DSP) resources on network modules to run the G.168 ECAN feature. When the G.168 ECAN feature is run on general voice resources, processing and memory constraints limit it to having at most 64-ms echo tail coverage. Although this is adequate in most network conditions, a larger echo tail coverage is sometimes required. In these situations, the dedicated ECAN modules, attached to the appropriate MFT VWIC2, can be used. The processing and memory resources of the dedicated ECAN modules enable the echo canceller to be configured with predefined settings and an extended 128-ms echo tail buffer, providing robust echo cancellation performance in these more demanding network environments.

– Provides control for enabling and disabling the nonlinear processor (NLP), which replaces the residual echo at the output of the echo canceller with comfort noise based on the actual background noise of the voice path

– Reports statistics for location of the largest reflector (tail) and the internal state of the G.168 ECAN feature

Additional benefits of the Cisco enhanced ITU-T G.168 ECAN feature when used with the Cisco dedicated ECAN modules include:

Note: Dedicated Echo Cancellation module is not supported on MFT VWIC2 when MFT VWIC2 is used on the Cisco 1751 or 1760.

• It is possible to install a Cisco 32-Channel MFT Dedicated ECAN Module on a 2-port MFT VWIC2. However, not all voice channels will be able to concurrently use the echo cancellation feature.

• It is possible to install a Cisco 64-Channel MFT Dedicated ECAN Module on a 1-port MFT VWIC2. However, the extra echo cancellation channels will not be used. The only ports on the MFT VWIC2 that can use the module resources are the ports directly attached to the module.

All regulatory, T1, and E1 compliance for Cisco dedicated ECAN modules is covered through the second-generation MFT VWIC2s. 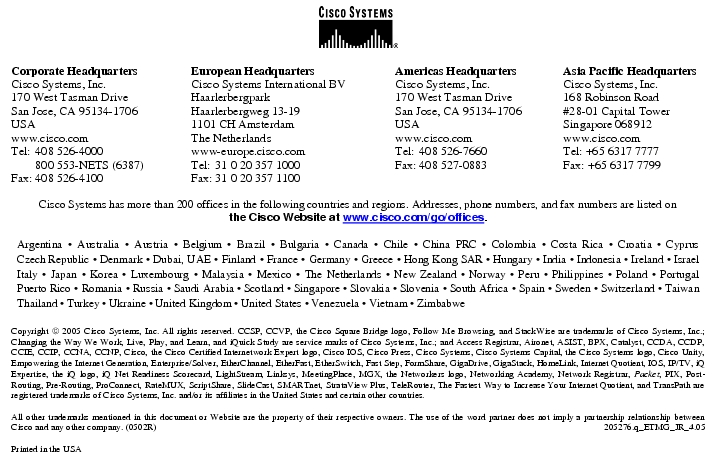