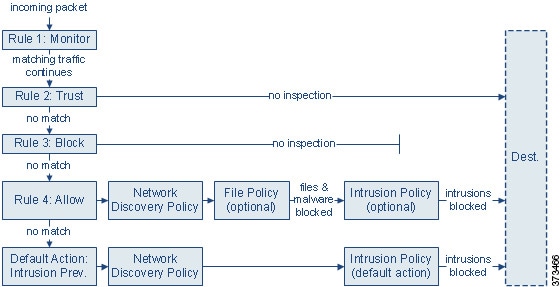 Traffic must meet all of the conditions specified in all of the tabs in a rule. For example, if the Applications tab specifies HTTP but not HTTPS, the URL category and reputation conditions in the URLs tab will not apply to HTTPS traffic.

You can specify days and times during which a rule is applicable.

If you will deploy time-based rules, specify the time zone of the device to which the policy is assigned. See Configure Device Time Zone for Policy Application.

You can move an existing rule within an access control policy. When you add or move a rule to a category, the system places it last in the category. 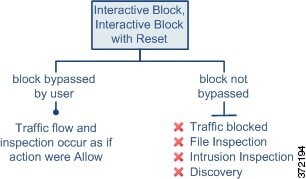