VLAN Creation on a switch allows you to make separate broadcast domains on a switch. The broadcast domains can associate with one another with the help of a Layer 3 device such as a router.  A VLAN is mainly used to form groups among the hosts regardless of where the hosts are physically present. Thus, a VLAN improves security with the help of group formation among the hosts. When you create a VLAN, it has no effect until the VLAN is attached to at least one port either manually or dynamically.

This article explains how to create a new VLAN and assign ports to it on the Sx500 Series Stackable Switches.

Steps to Create a VLAN

VLAN Creation requires two configurations to be completed. The first is the creation of the VLAN and the second is assigning ports to the VLAN. 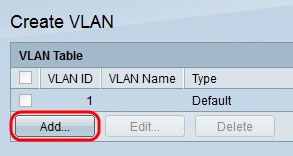 Step 3. VLAN can be added in two different methods. Click the radio button that corresponds to the desired method:

Step 5. If VLAN is clicked in Step 3, enter the name for the VLAN in the VLAN Name field.

Step 6. If Range is clicked in Step 3, enter the range of the VLAN in the VLAN Range field. 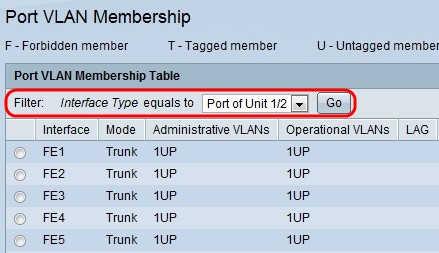 – Trunk — This interface carries traffic for all VLANs.

– Access — This interface only carries traffic for specific VLAN.

Step 2. Choose the type of interface you wish to add to the VLAN from the Filter drop-down list and click Go. 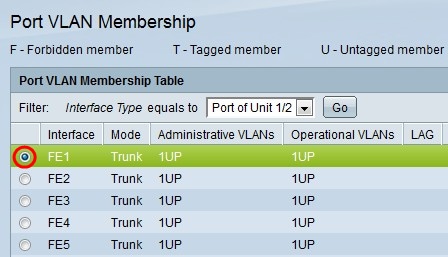 Step 3. Click the radio button next to the port or LAG you would like to assign to a VLAN.

Step 4. Click Join VLAN at the bottom of the page. 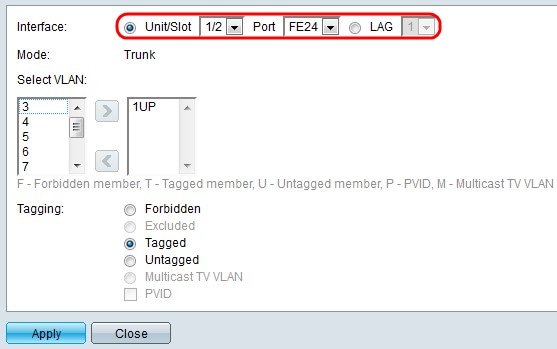 Step 5. (Optional) In the Interface field, click the radio button that corresponds with the type of interface you want to add to the VLAN. Then choose the specific interface from the appropriate drop-down list. 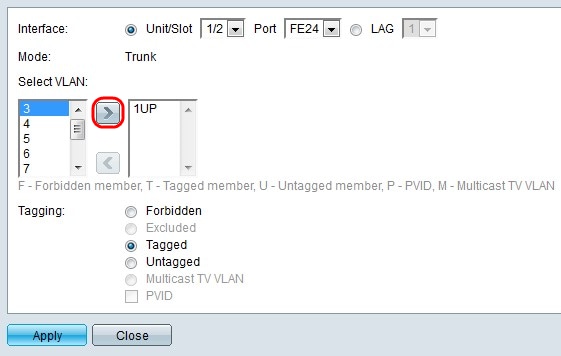 Note: All ports are assigned to the default VLAN (usually VLAN 1). This may appear in the Selected VLAN list if it is tagged, but it cannot be moved since the reverse is not possible.

Step 6. To assign a port to a VLAN, choose the VLAN ID from the left list in the Select VLAN field and click the > button.

Step 7. (Optional) To remove a port from a VLAN, choose the VLAN ID from the right list in the Select VLAN field and click the < button. 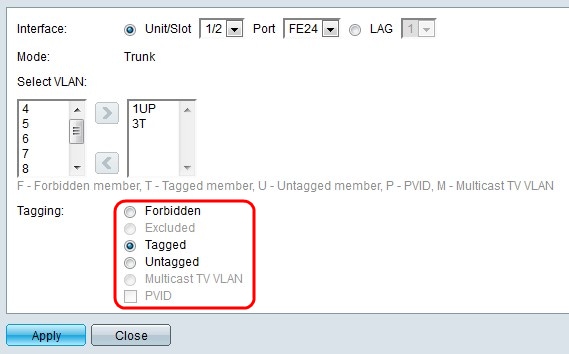 Step 8. Choose one of the following tagging/PVID options for the interface from the Tagging field.