This document contains release information for the Cisco ASA Device Package software, Version 1.2(1) for ACI, and includes the following sections:

We have added support for the following:

The following figure shows the how to set up the APIC to access the ASA. For an ASA in multi-context mode, the management IP address of the cluster should be that of the admin context of the ASA, and the management IP address of Device 1 should be that of the target user context. (The admin context can be the target user context as well.) 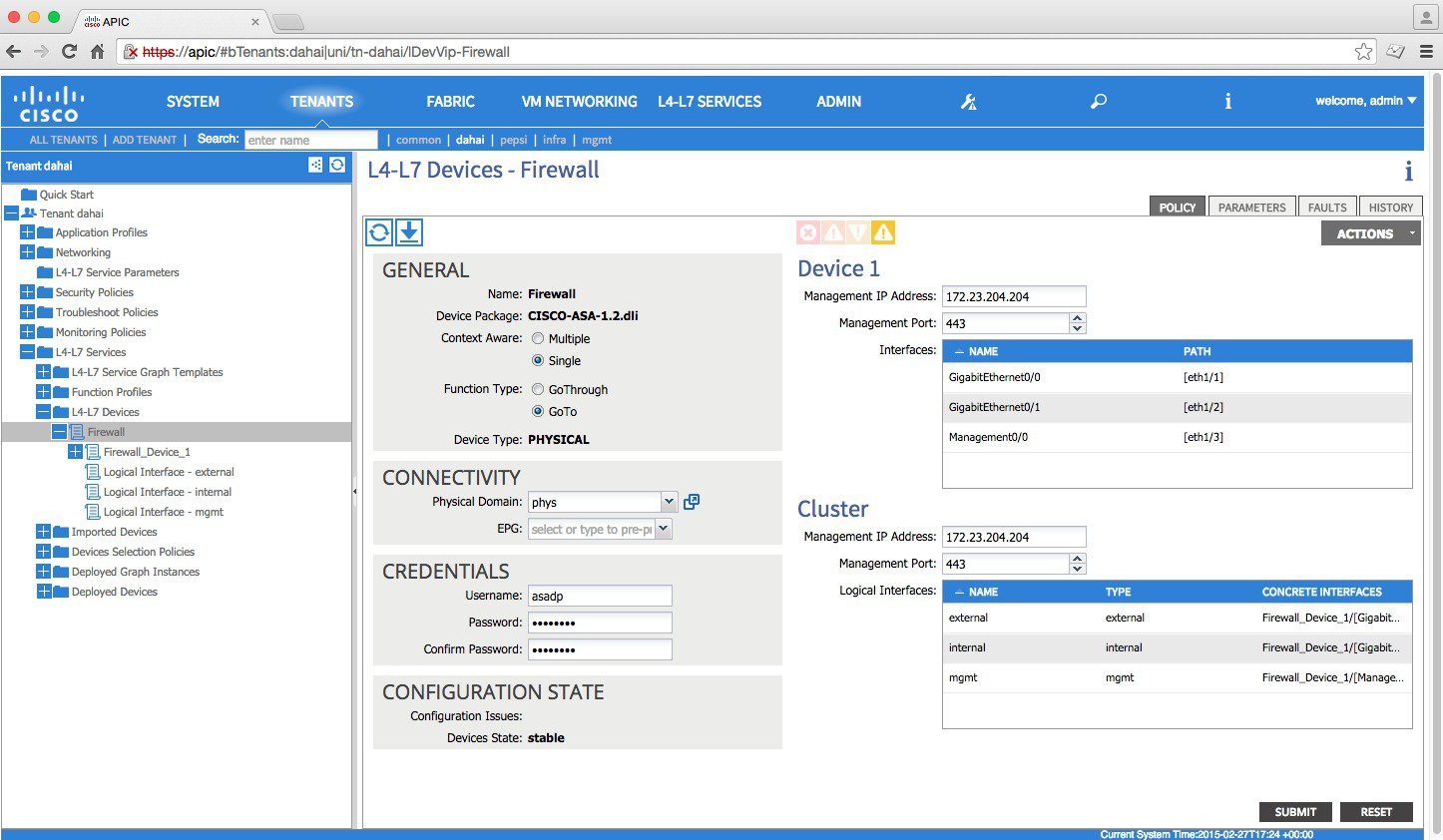 Each context must be defined as its own APIC cluster. Multiple contexts within an ASA cannot be represented under a single cluster.

To install the ASA Device Package software, see the Cisco ASA Integration with the APIC Quick Start Guide for instructions, at:

If you have a Cisco.com login, you can obtain the ASA Device Package image from the following website:

For additional information about the ASA, see Navigating the Cisco ASA Series Documentation :

For additional information about the APIC, see the Cisco APIC solution website:

Subscribe to What’s New in Cisco Product Documentation, which lists all new and revised Cisco technical documentation as an RSS feed and delivers content directly to your desktop using a reader application. The RSS feeds are a free service.