This document describes how to deploy/configure Layer3 EVPN over Segment Routing MPLS on Nexus 3000 products.

Conventional VPNs are created by configuring a full mesh of tunnels or permanent virtual circuits (PVCs) to all sites in a VPN. This type of VPN is not easy to maintain or expand, as adding a new site requires changing each edge device in the VPN.

Segment Routing is adopted for its benefits such as:

EVPN (RFC 7432) is BGP MPLS-based solution that has been used for next-generation Ethernet services in a virtualized data center network. It uses several building blocks such as RD, RT, and VRF from existing MPLS technologies.

L3 EVPN over SR which was introduced in NXOS 7.0(3)I6(1) release uses the EVPN Type-5 route with MPLS encapsulation. It offers Multi-tenant, Scalability, and High Performance for evolved data center services.

L2-EVPN is not supported in Nexus C31108PC-V, N9K Cloud-Scale is suitable for any SR deployment due to Scale considerations. 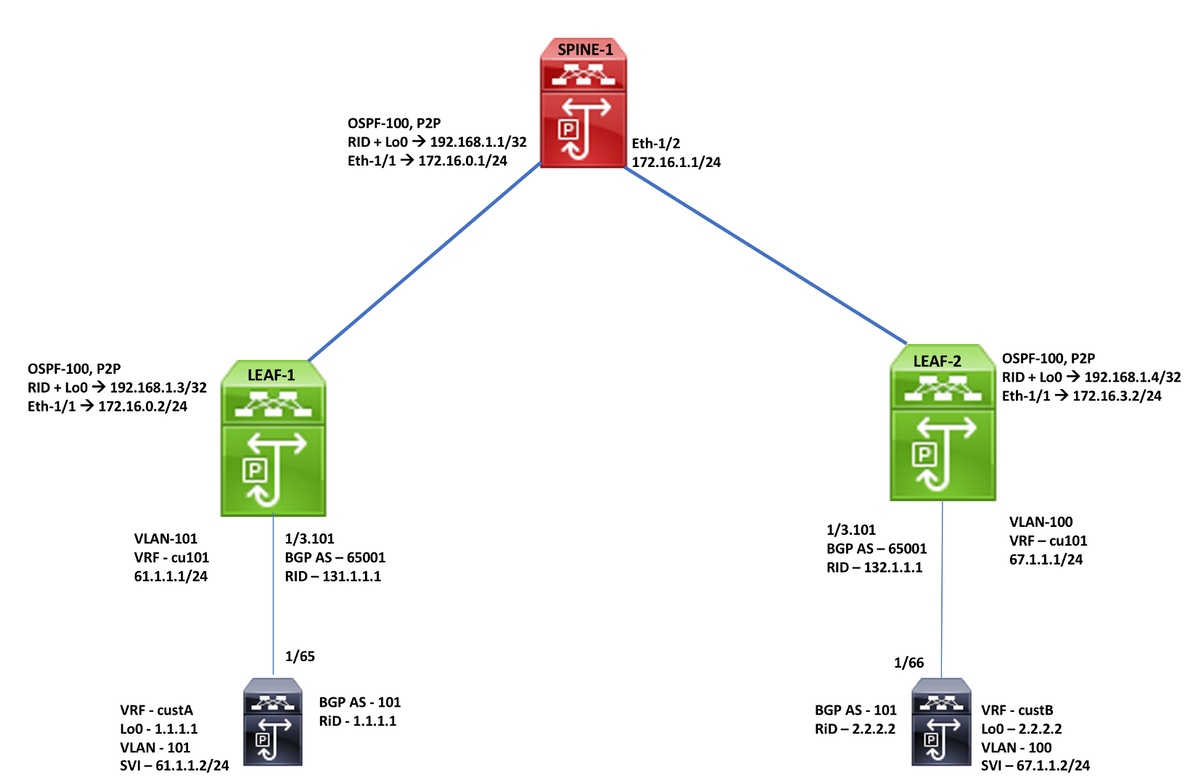 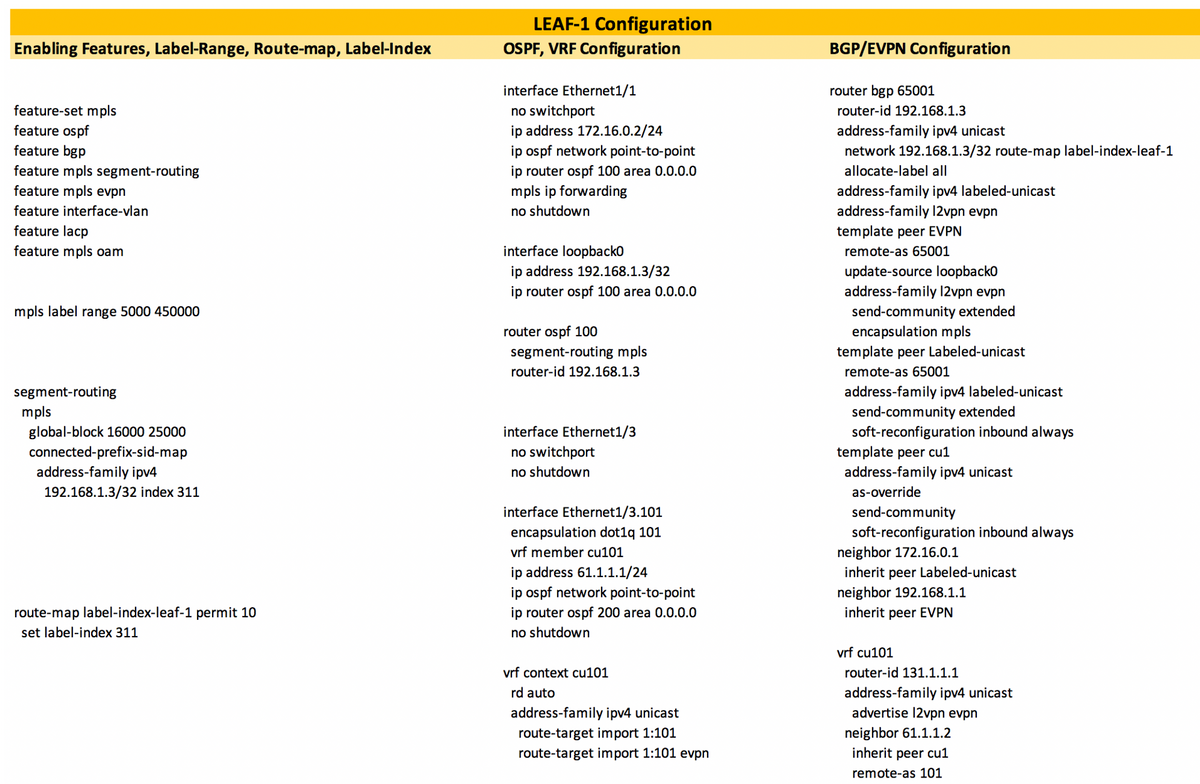 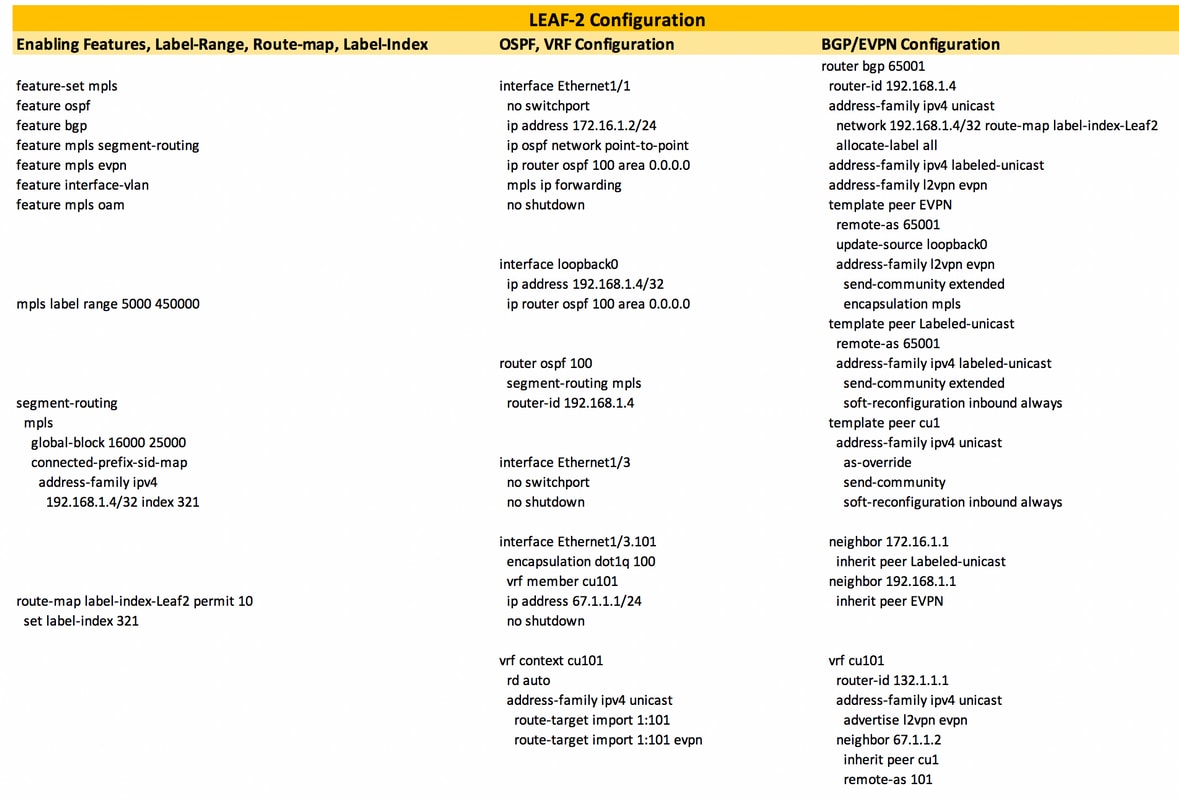 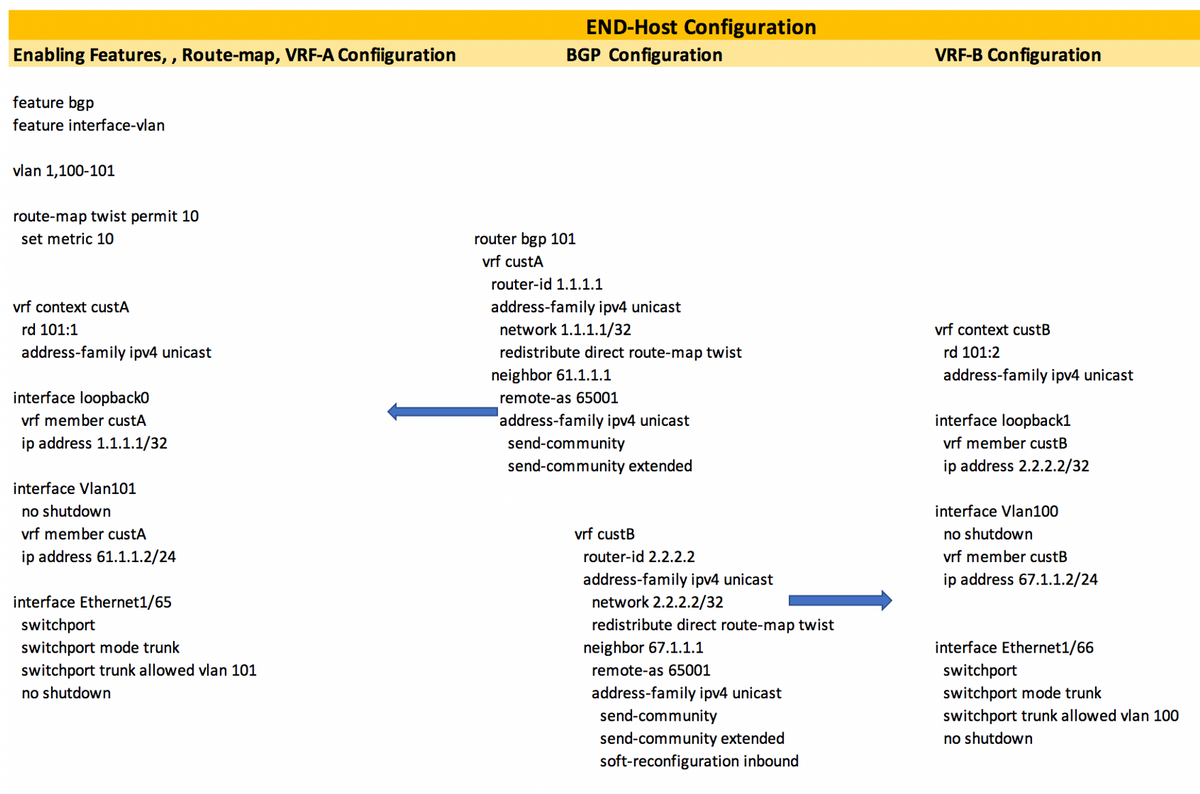 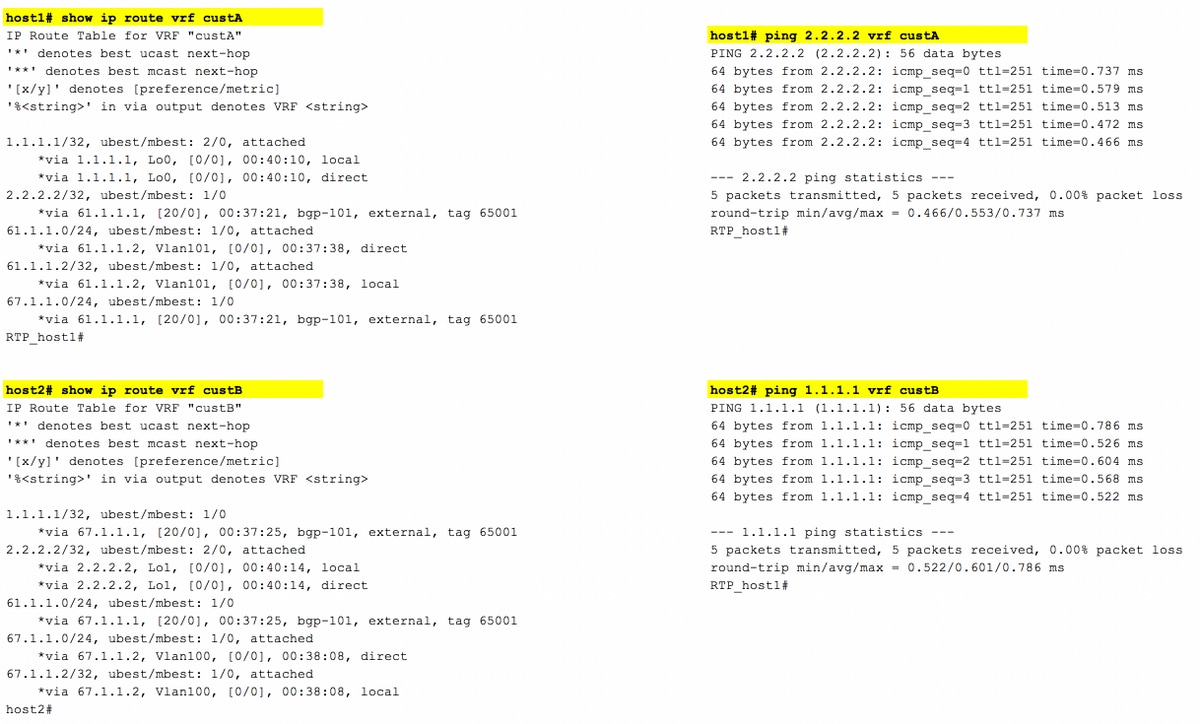