The objective of this article is to describe best practices for creating Access Control Lists (ACLs) with your RV34x series router.

Do you want more control over your network? Do you want to take extra steps to keep your network secure? If so, an Access Control List (ACL) might be just what you need.

An ACL consists of one or more Access Control Entries (ACEs) that collectively define the network traffic profile. This profile can then be referenced by Cisco software features such as traffic filtering, priority, or custom queueing. Each ACL includes an action element (permit or deny) and a filter element based on criteria such as source address, destination address, protocol, and protocol-specific parameters.

Based on the criteria that you entered, you can control certain traffic from entering and/or exiting a network. When a router receives a packet, it would examine the packet to determine whether to forward or drop the packet based on your access list.

Implementing this security level is based on different use cases considering particular network scenarios and security needs. 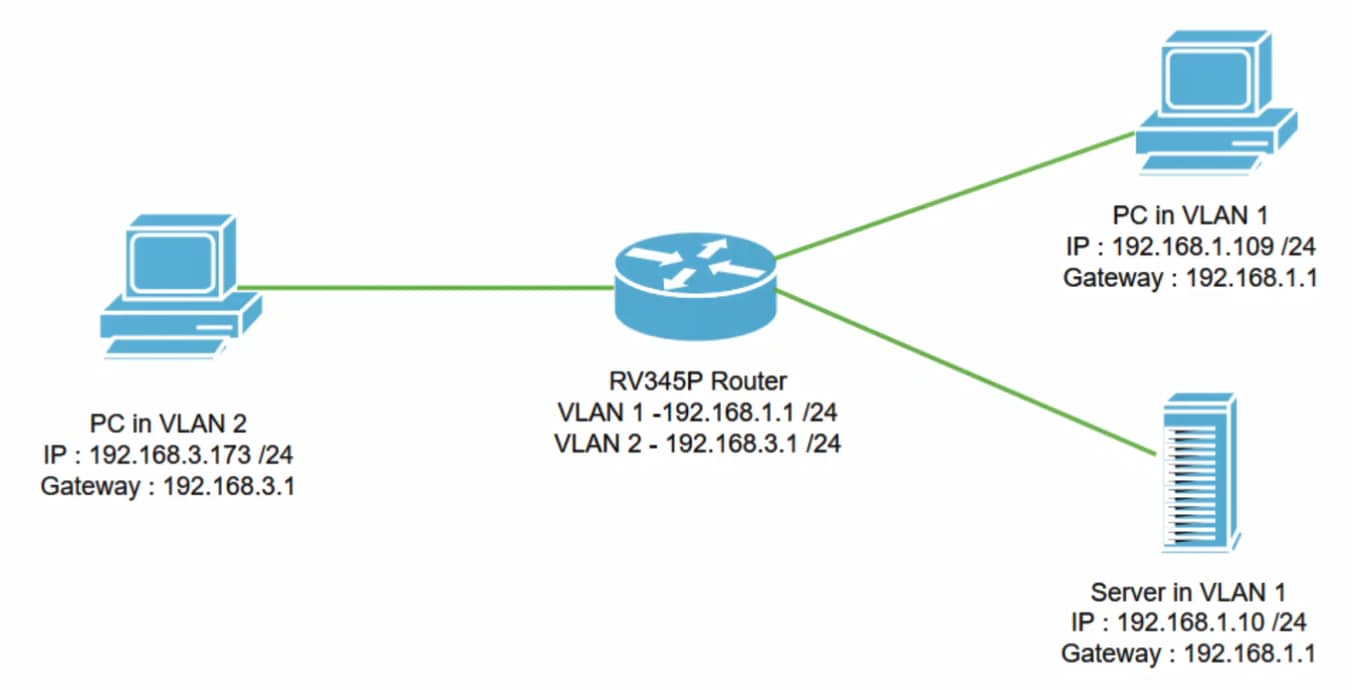 In this scenario, we’ll replicate this network diagram, where we have an RV345P router and two different VLAN interfaces. We have a PC in VLAN 1 and in VLAN2, and we also have a server in VLAN 1. Inter-VLAN routing is enabled, so VLAN 1 and VLAN 2 users are able to communicate with each other. Now we are going to apply the access rule to restrict the communication between the VLAN 2 user toward this server in VLAN 1.

Log in to the Web User Interface (UI) of the router using the credentials you have configured. 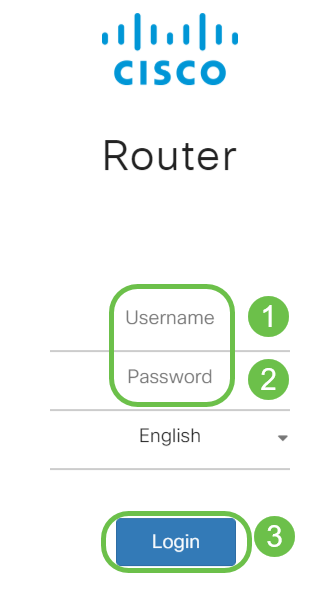 To configure the ACL, navigate to Firewall > Access Rules and click on the plus icon to add a new rule.

Configure the Access Rules parameters. Apply ACL to restrict the server (IPv4: 192.168.1.10/24) access from VLAN2 users. For this scenario, the parameters will be as follows:

In this example, we denied access from any devices from VLAN2 to the server and then permitting access to the other devices on in VLAN1. Your needs may vary.

To verify the service, open the command prompt. On Windows platforms, this can be achieved by clicking the Windows button and then typing cmd in the lower left-hand search box on the computer and select Command Prompt from the menu. 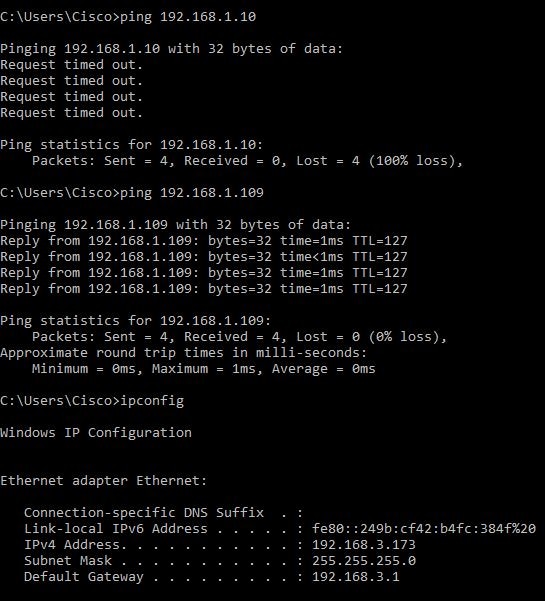 You have seen the necessary steps to configure the Access rule on a Cisco RV34x series router. Now you can apply that to create an Access Rule in your network that will fit your needs!