This document describes the procedure to use the Modular RAID Controller (Cisco 12G SASA Modular RAID) to configure disk drive groups and virtual drives, RAID configuration and to perform other configuration tasks in a pre-boot environment.

Perform these steps to configure drive groups and virtual drives with the use of the Modular RAID Controller.

2. Open a console to the host. 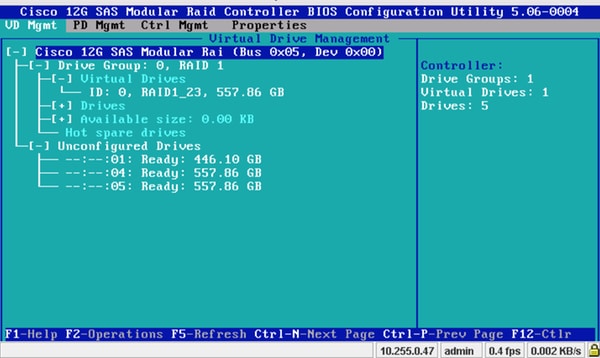 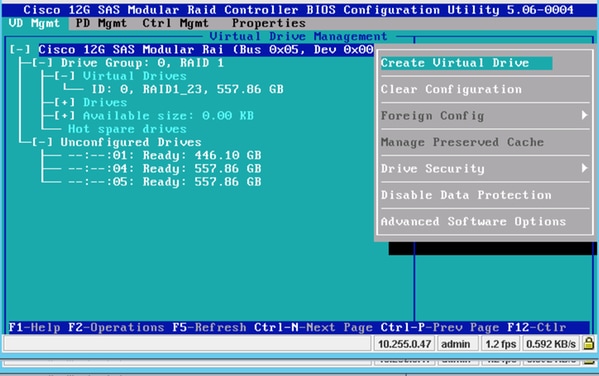 This shows VD Mgmt that helps to configure the RAID. 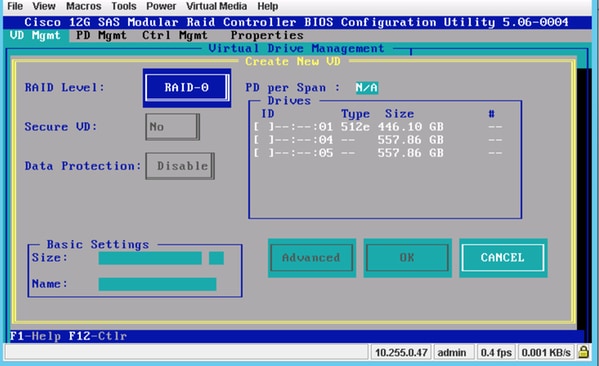 Select the RAID as per the requirement. 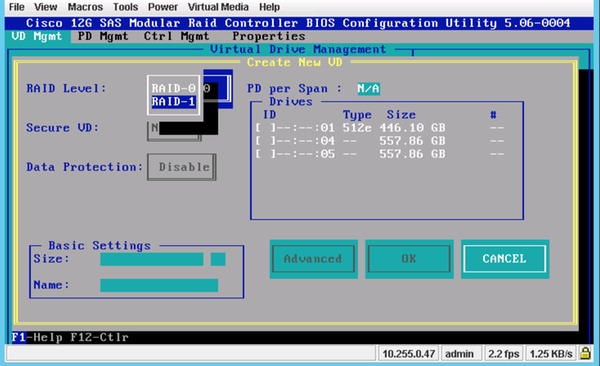 After you select the RAID, select the Hard Drives that will be the part of this RAID.

For example, Drive 4 and Drive 5 was chosen as shown. 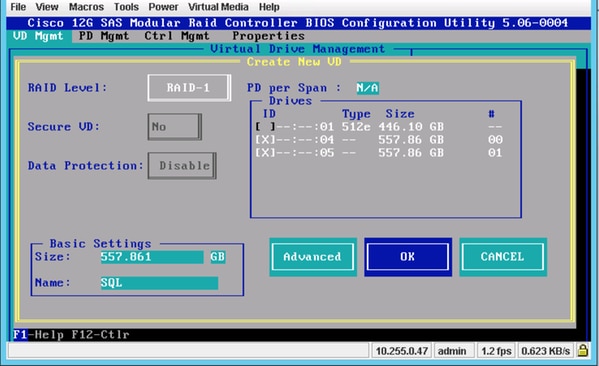 This warning message will appear on the screen, press OK. 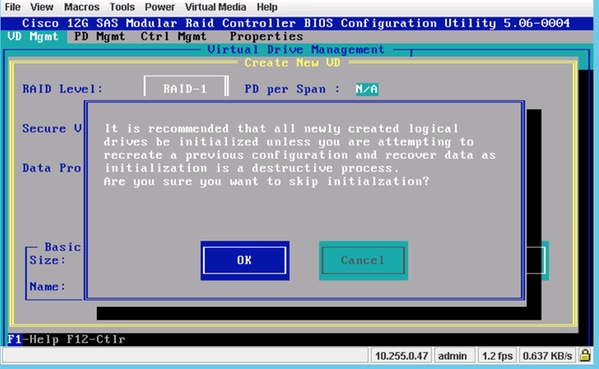 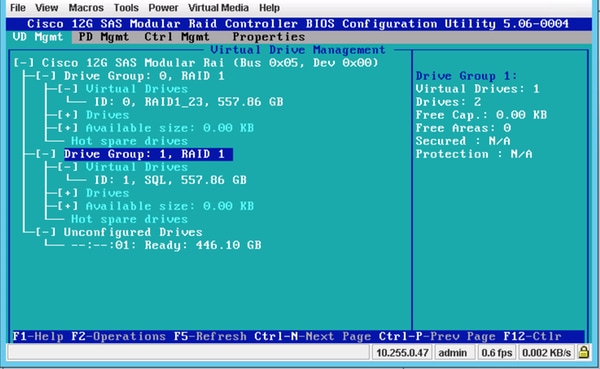 In this screen shot, you see that a New Virtual Drive with 2 Physical drives is sucessfully added.