This document describes some of the common issues with the Spanned EtherChannel Transparent Mode Inter-Site cluster.

Starting ASA version 9.2, inter-site clustering is supported wherein the ASA units could be located in different datacenters and the Cluster Control Link (CCL) is connected over a Data Center Interconnect (DCI). The possible deployment scenarios are: 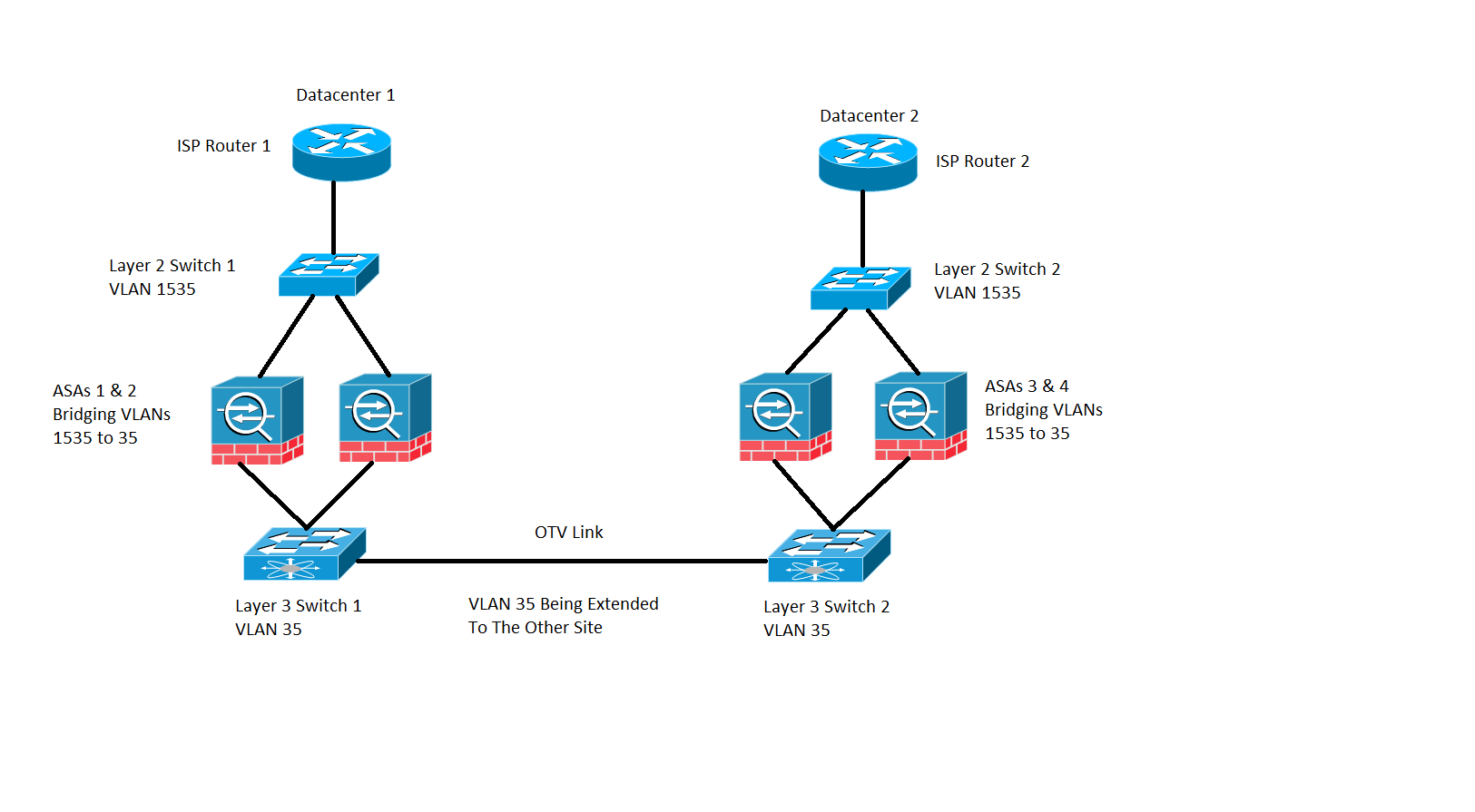 Traffic destined to a MAC address whose entry is not present on the ASA's MAC table, as shown in the image: 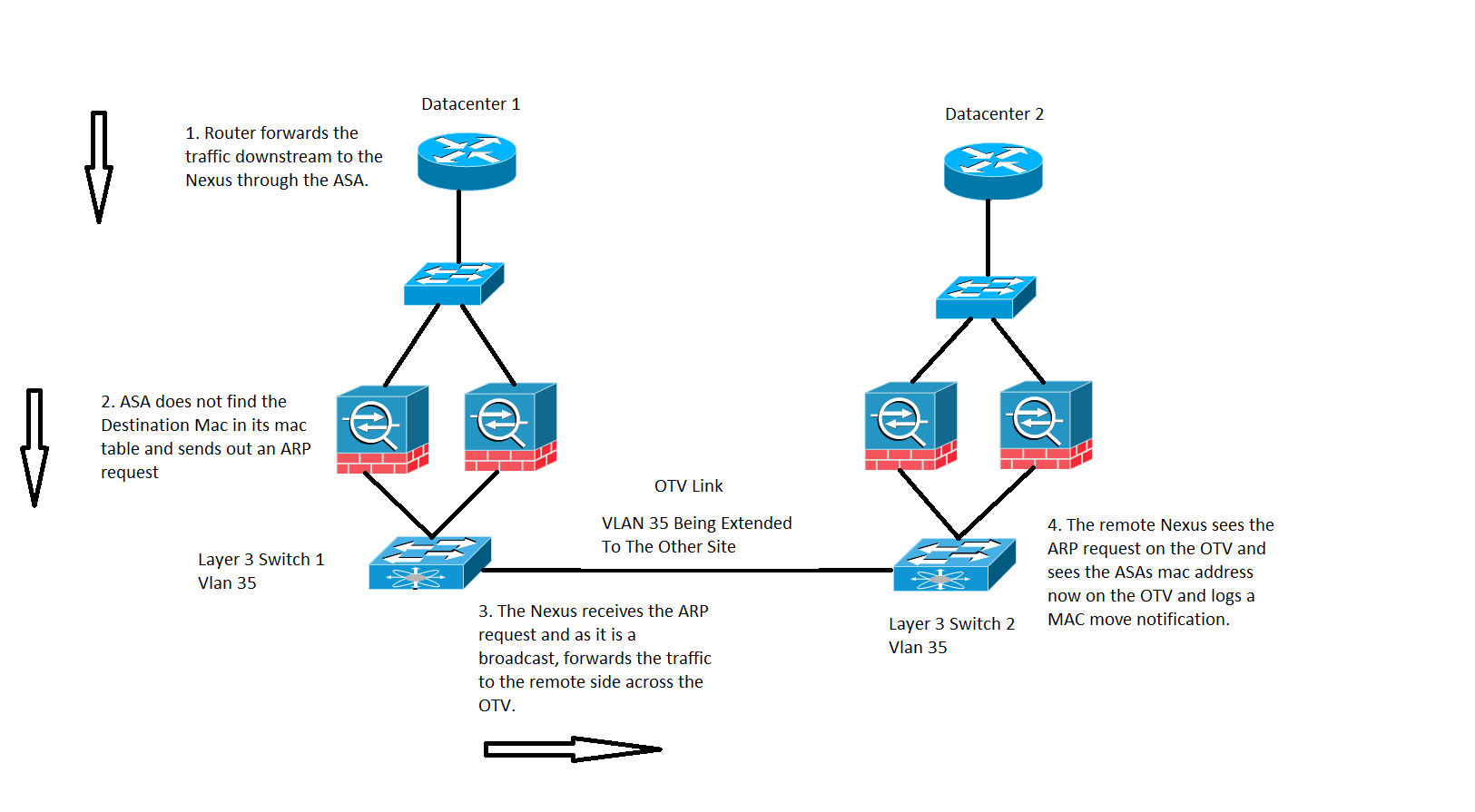 In the preceding case, you have these traffic flow:

It is a corner scenario. MAC tables are synchronized in clusters, so it is less likely for a member to not have an entry for a particular host. An occasional MAC-move for cluster-owned BVI MAC is deemed acceptable.

Centralized flow processing by ASA, as shown in the image: 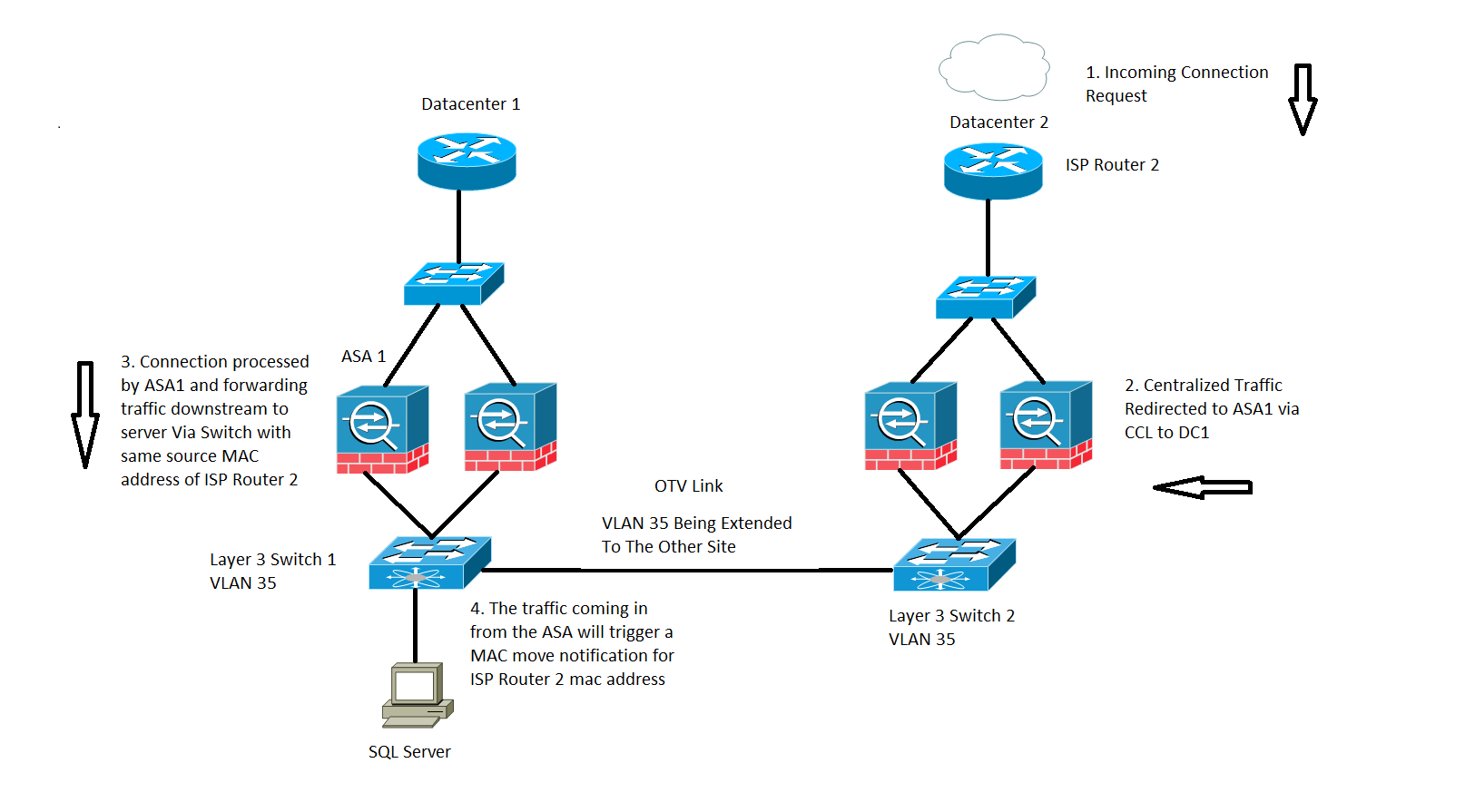 Inspection based traffic across an ASA cluster is classified into three types:

In the earlier image, you work with SQL traffic which is a Centralized Inspection Protocol (CIP) and the behavior described here is applicable for any CIP.

You receive the traffic on Datacenter 2 where you only have slave units of the ASA cluster, the master unit is located at Datacenter 1 which is ASA 1.

It is recommended to route centralized connections to whichever site hosts the master (based on priorities), as shown in the image:

Traffic generated by the ASA, as shown in the image: 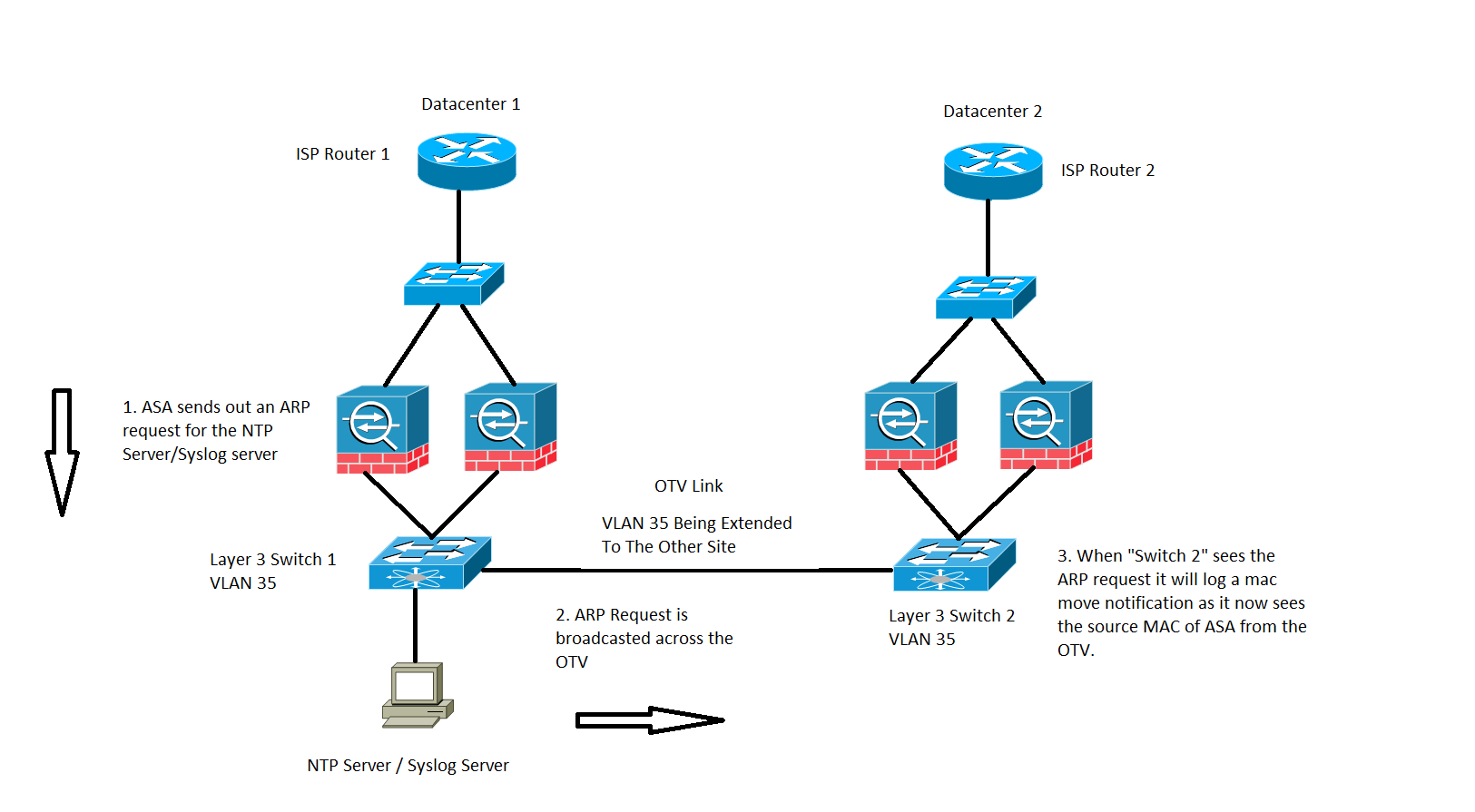 This specific case will be observed for any traffic which gets generated by the ASA itself. Here two possible situations are considered, wherein the ASA either tries to reach an Network Time Protocol (NTP) or a  Syslog server, which are on the same subnet as that of its BVI interface.However it is not only limited to these two conditions, this situation can happen whenever traffic is generated by the ASA for any IP address which is directly connected to the BVI IP addresses.

Traffic destined to BVI IP address of the ASA from a directly connected Host, as shown in the image: 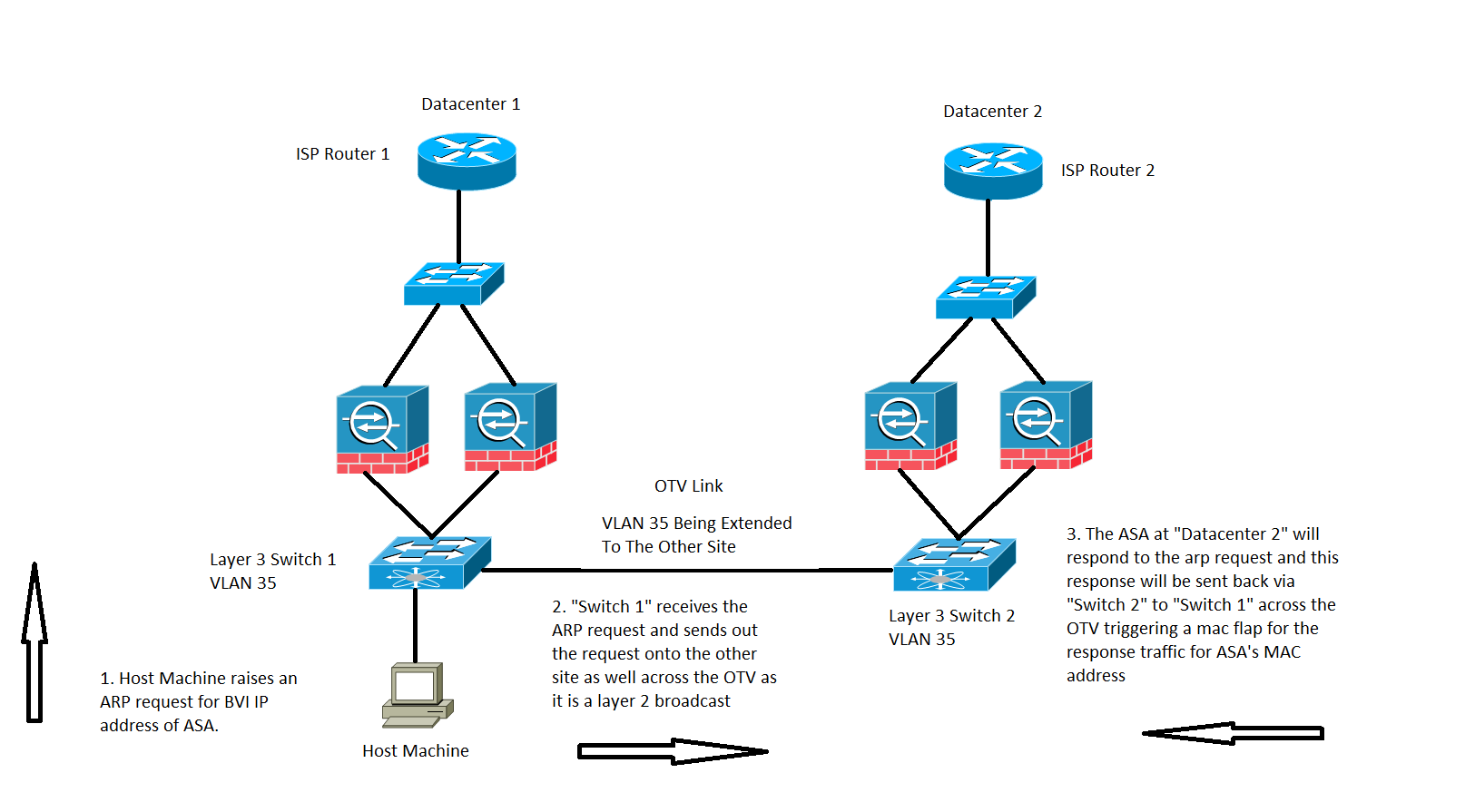 A MAC MOVE can also be observed at times when traffic is destined to the ASA's BVI IP address.

In the scenario, we have a Host machine on a directly connected network of the ASA and is trying to connect to the ASA.

ASA set to deny traffic along with which it sends a RST to the Host, as shown in the image: 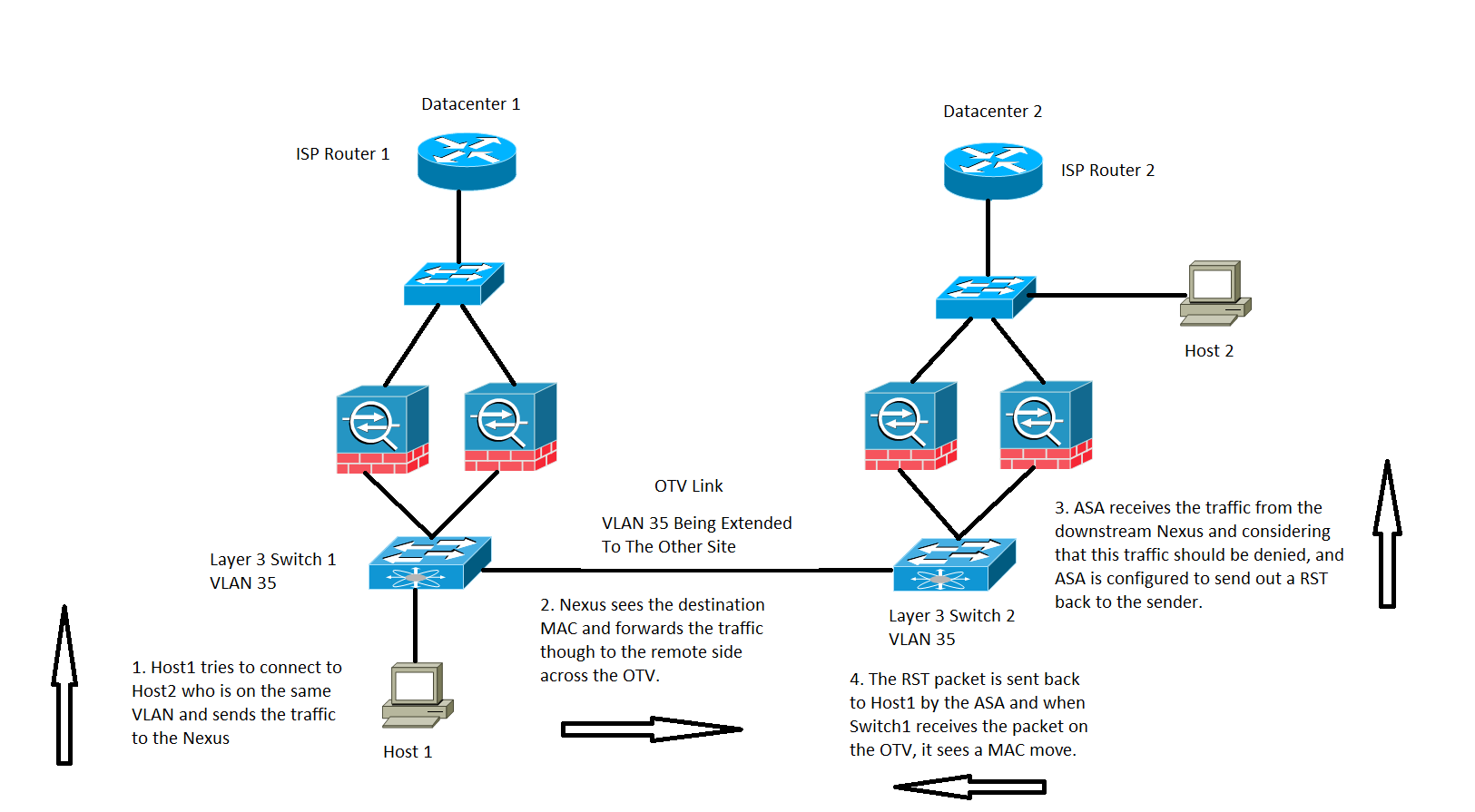