The first rolling update is for Prime Infrastructure 2.2.2 (a maintenance release) and is delivered under the filename pi222_Update_03-4.ubf.  Not to be confused with the upcoming 2.2.3 release (a separate maintenance release), this Rolling Update provides fixes sooner than waiting for the next maintenance release, while reducing the need for individual point patches for specific defects.  Defects that would have required point patches in the past will make good candidates for being included in future Roling Updates.

The next Rolling Update for Prime Infrastructure 2.2.2 will be Update_04-x.  Being cumulative, Update_04 will include the fixes from Update_03-4 and will not require those who did not install Update_03-4 to backtrack on through previous updates to receive the benefits of those fixes. 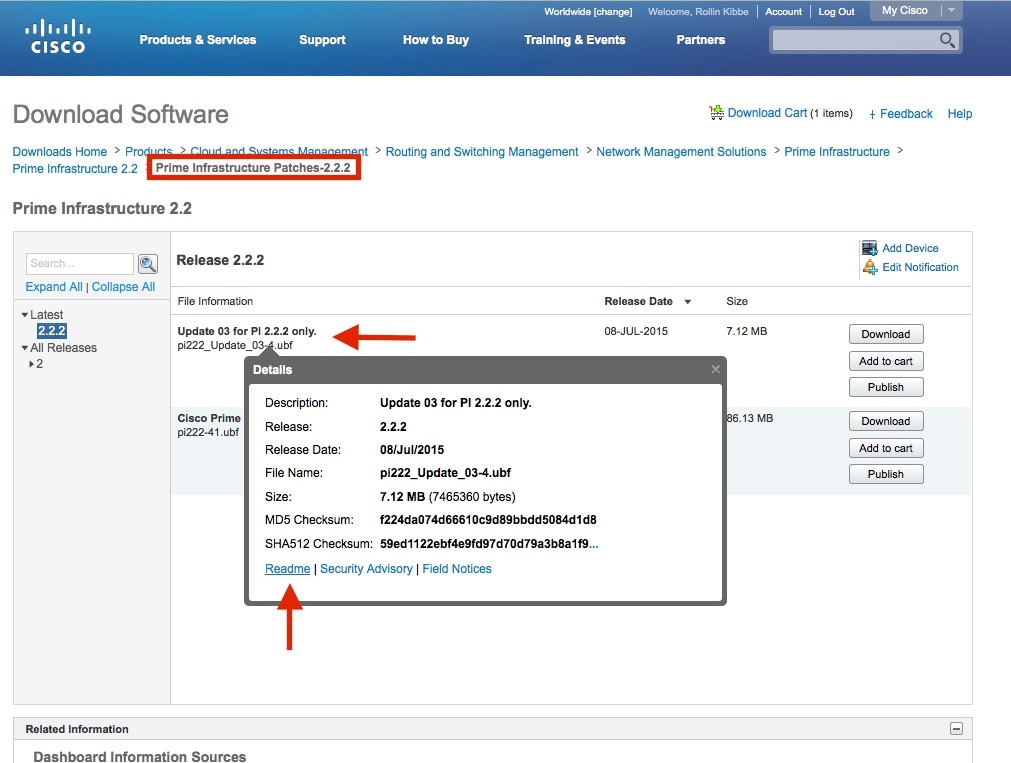