The cloud offers organizations greater scale and agility for application deployments. With that comes increased complexity for managing the delivery and management of those applications. As organizations start to extend more and more workloads into the cloud, they need a better way to expose information about those services to their existing infrastructure. Having visibility over which applications are running in various environments and capturing service-level health data is critical for modern application networking. 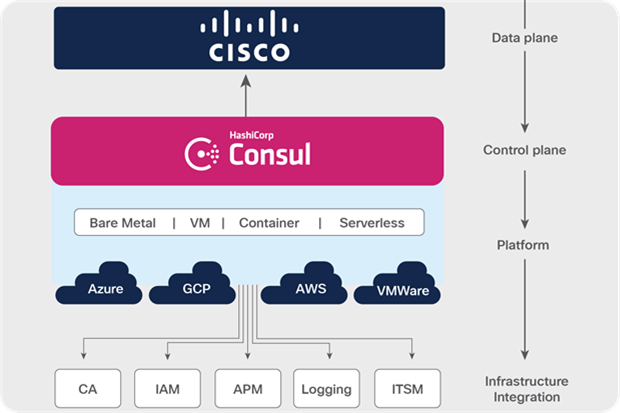 With this integration, HashiCorp’s Consul Extension App for ACI is a tool that provides you with service-level visibility on the Cisco Application Policy Infrastructure Controller (Cisco APIC) through intuitive and proper context from the Consul Extension App for ACI, enabling you to take informed decisions confidently to minimize the risk of network faults, changes, or capacity problems.

Consul Extension App for ACI – how it works

For this integration, users should have an existing Consul cluster and a HashiCorp Consul agent deployed in the environment managed by the Cisco ACI endpoint. Follow these Consul guides for more information on getting started with Consul. To get started with the extension, Cisco ACI users should download the Consul Extension for ACI from the Cisco DC App Center. Once configured and a Consul agent is added to the desired environments, Cisco ACI begins pulling information from Consul, including the number of agents running, the services registered with those agents, the nodes discovered by Consul, and any Cisco ACI endpoints with services that have been discovered by Consul. Users can then use the Operations feature on the APIC dashboard to get a list of existing services and create a visual map of the network topology. From there, operators can map each service to each Cisco ACI endpoint, drill down into specific service-level data, and see if that service is actively reachable. 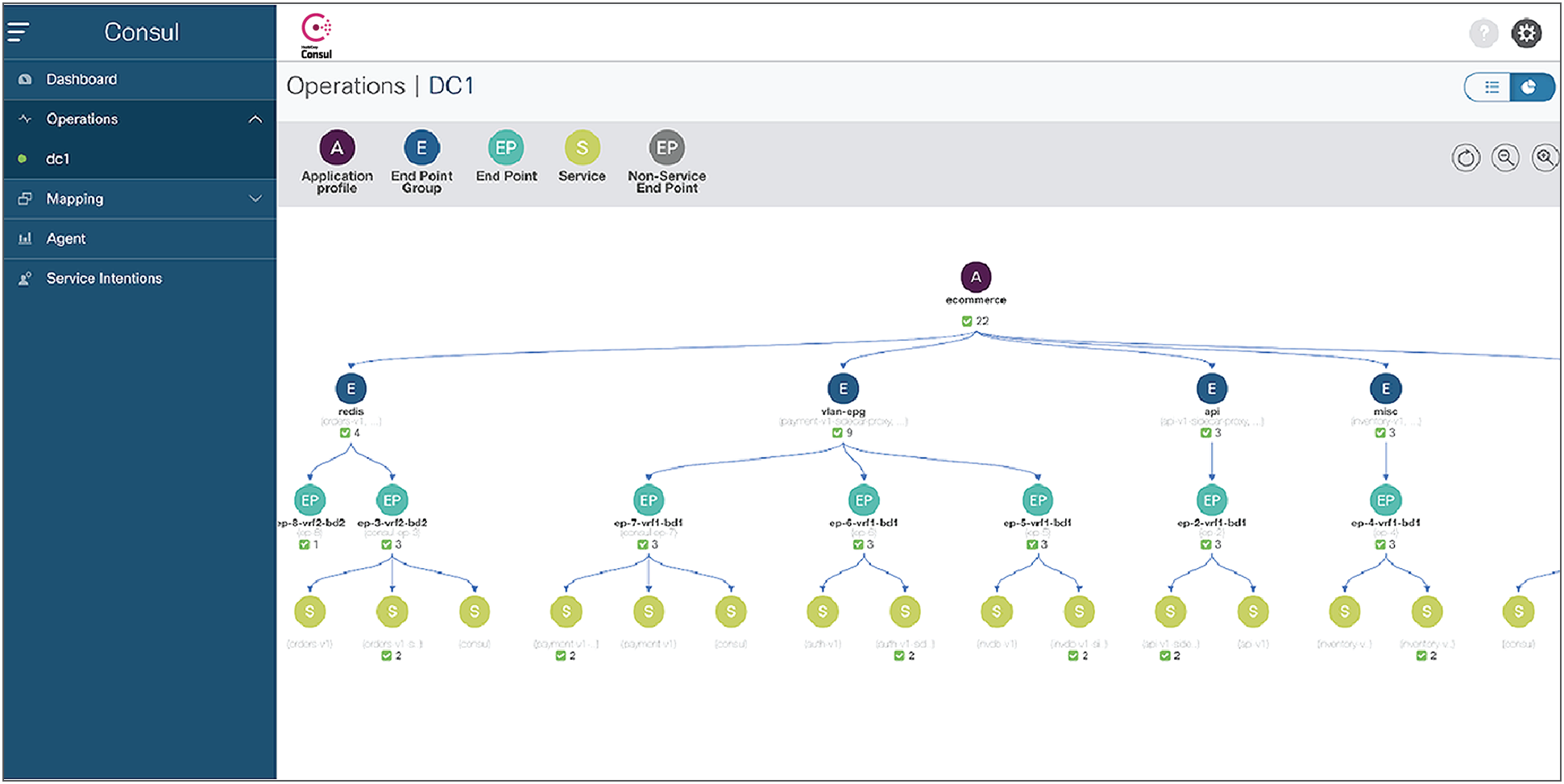 Using the Consul Extension App for Cisco ACI network operators can retrieve Layer 4-Layer7 service data for applications running at each Cisco ACI endpoint. This enables greater insights as to what services are currently running on the network.

Enable operators to trace connectivity issues at the service level and reduce the mean time to resolution for network issues. Enable individuals to debug issues as part of a broader, more time-intensive team effort.

Improved productivity across the organization

Develop stronger collaboration between application engineers and network operators by creating a single source of truth for information on applications.

Enable Cisco ACI to provide a single pane of visibility and correlation between applications and infrastructure for both developers and operators.