Configure Packet Capture on a WAP125 or WAP581 Access Point

The Packet Capture feature enables capturing and storing packets received and transmitted by the Wireless Access Point (WAP). The captured packets can then be analyzed by a network protocol analyzer for troubleshooting or performance optimization. There are two methods of packet capture:

This article aims to explain and guide you on configuring Packet Capture on a WAP and receive these packet captures locally or remotely.

Step 1. Log in to the web-based utility of your WAP. The default username and password is cisco/cisco. 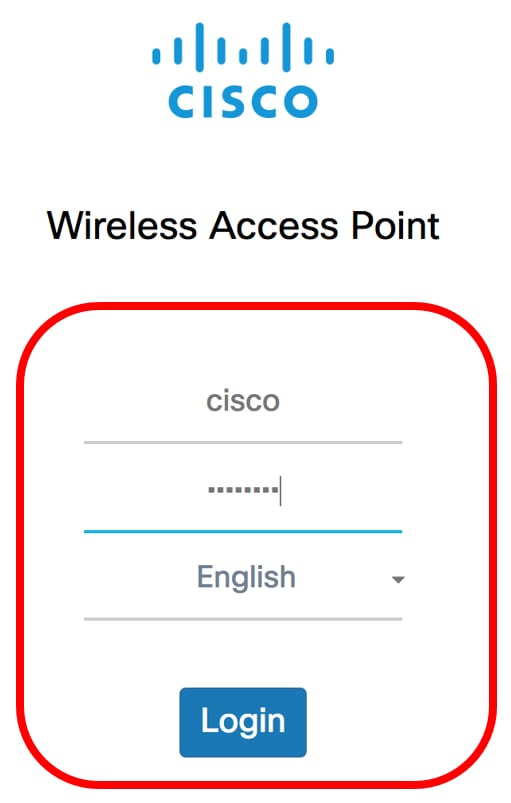 Note: If you already have changed the password or created a new account, enter your new credentials instead.

Note: The available options may vary depending on the exact model of your device. In this example, WAP125 is used. 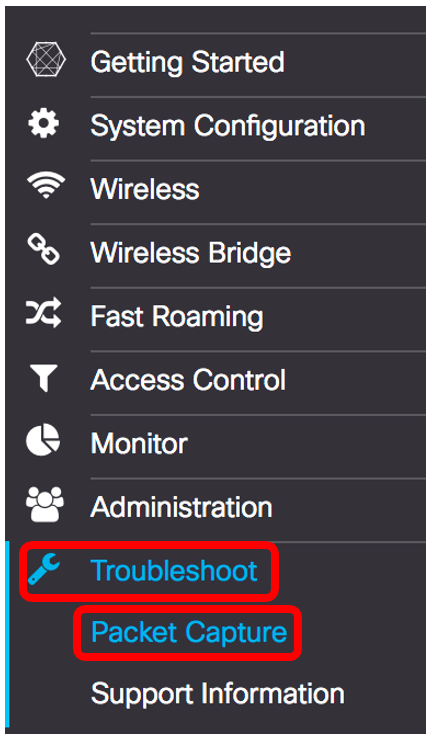 Note: In this example, Save File on this Device is chosen.

Note: In this example, Radio 1 is chosen.

Step 5. Enter the capture duration in the Duration field ranging from 10 to 3600 seconds. The default is 60 seconds. 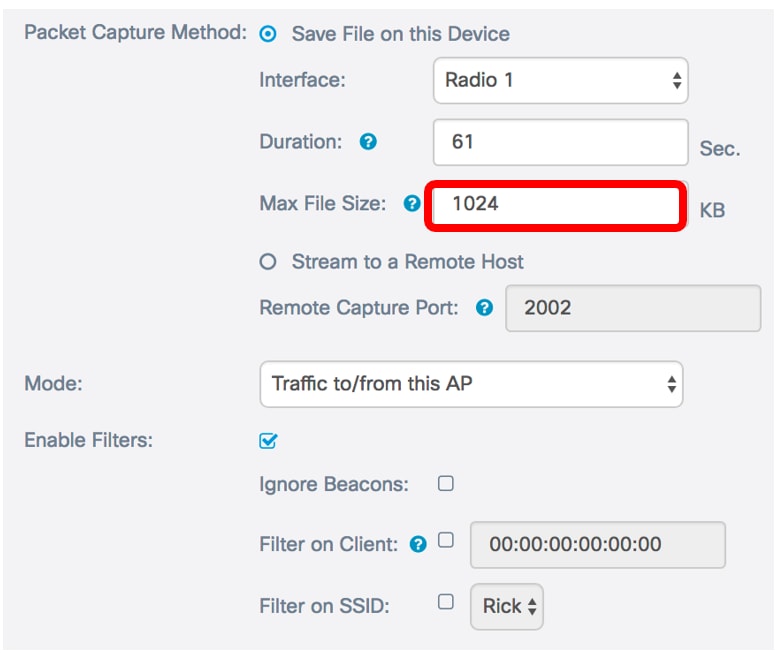 Note: In this example, the default value is used.

Step 7. If remote packet capture method is chosen, enter the port number ranging from 1 to 65530 in the Remote Capture Port field. The default is 2002.

Note: In this example, the default port is used.

Step 8. From the Mode drop-down list, choose which packets will be captured. The options are: 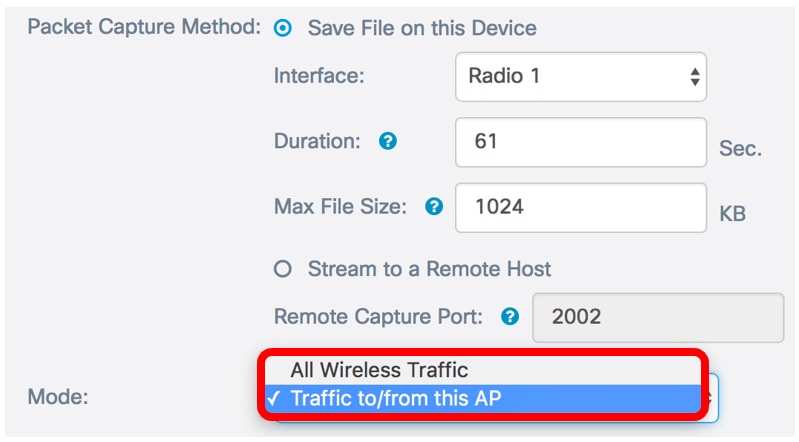 Step 10. (Optional) Check the Ignore Beacons check box to disable the capturing of 802.11 beacons detected or transmitted by the radio. Beacon frames are transmitted periodically to announce the presence of a Wireless Local Area Network (WLAN).

Note: In this example, Ignore Beacons is enabled.

Step 11. (Optional) Check the Filter on Client check box to specify a MAC address of a wireless client.

Note: In this example, the Filter on Client is unchecked.

Step 12. (Optional) Enter the MAC address of the client in the Filter on Client field. This is only active if Packet Capture is performed on a radio interface.

Note: In this example, Filter on Client is disabled.

Step 13. Check the Filter on SSID check box to capture packets on a specific SSID.

Step 14. From the SSID drop-down list, choose an SSID to capture packets.

Note: The SSIDs that appear in the drop-down list depend on what interface was chosen and how many SSIDs have been configured. In this example, Rick is chosen.

Step 15. Click the Save button to save the configured settings. 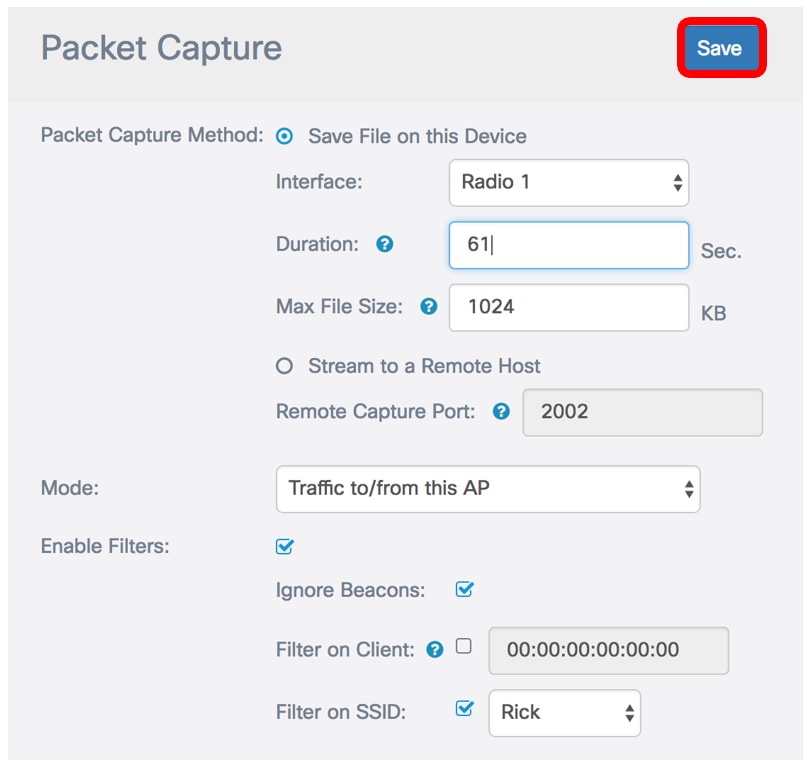 You should now have successfully configured the Packet Capture settings. 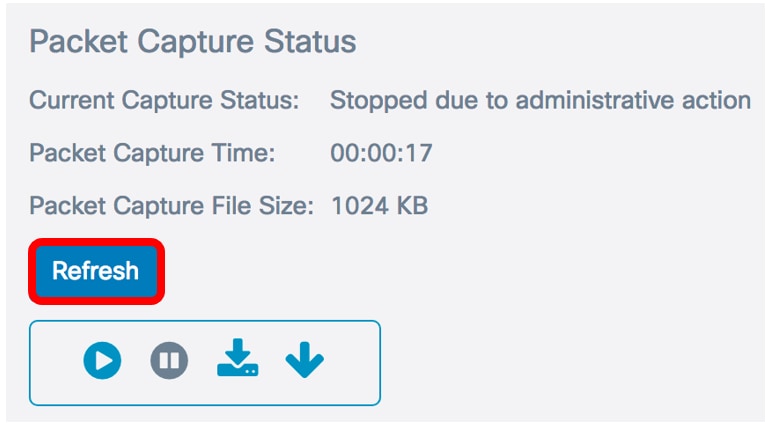 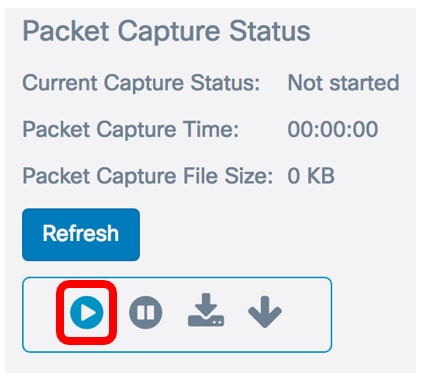 Step 18. A window will pop up to inform you that the Packet Capture will now commence. Click OK to continue. 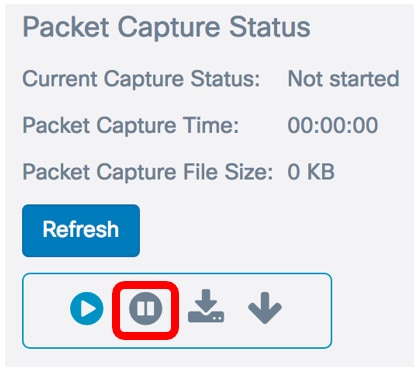 Step 20.A window will pop up to inform you to confirm to end the packet capture. Click OK to continue.

You should now have successfully captured packets on your access point. 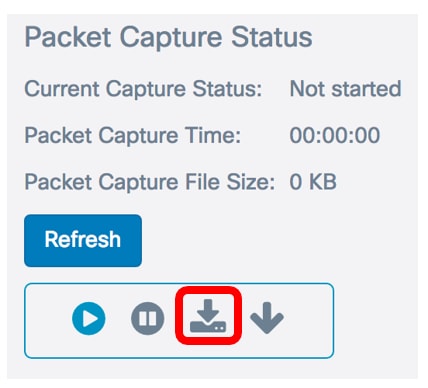 Note: In this example, apcapture.pcap is the downloaded file.

You have successfully downloaded the packet capture file of your WAP to your computer.

Step 1. (Optional) If the captured file has to be downloaded through a TFTP server, click the Download to TFTP Server button. 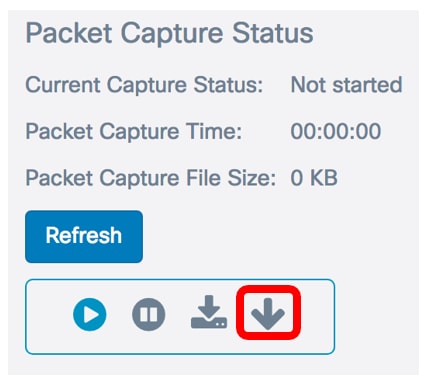 Once clicked, a window will appear with the Server IPv4 Address and Destination File Name fields.

Step 2. Enter the IPv4 address of the TFTP server in the Server IPv4 Address field. The port number entered in the Remote Capture Port field in Step 6 is then attached to the TFTP server address.

Note: In this example, apcapture.pcap is used.

A progress bar appears below the Destination File Name field.

You should now have downloaded your Packet Capture file through a TFTP server.