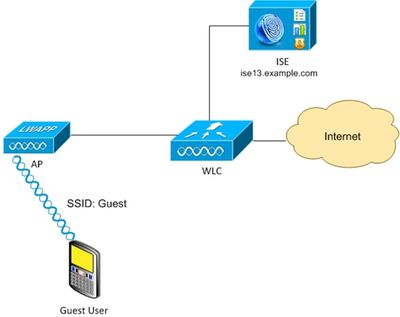 For ISE version 1.3 and newer after successful authentication on the guest portal with device registration enabled. 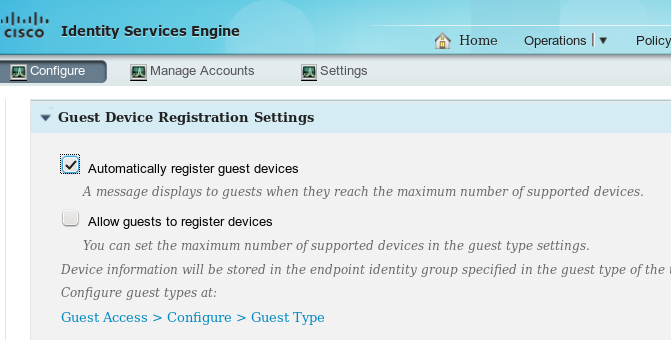 That group is derived from the Guest Type of the user, as shown in this image. 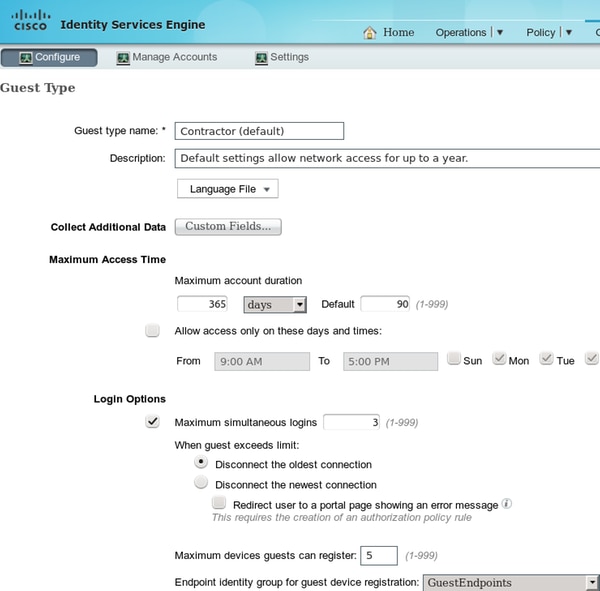 If it is a corporate user (identity store other then guest) that setting is derived from the portal settings. 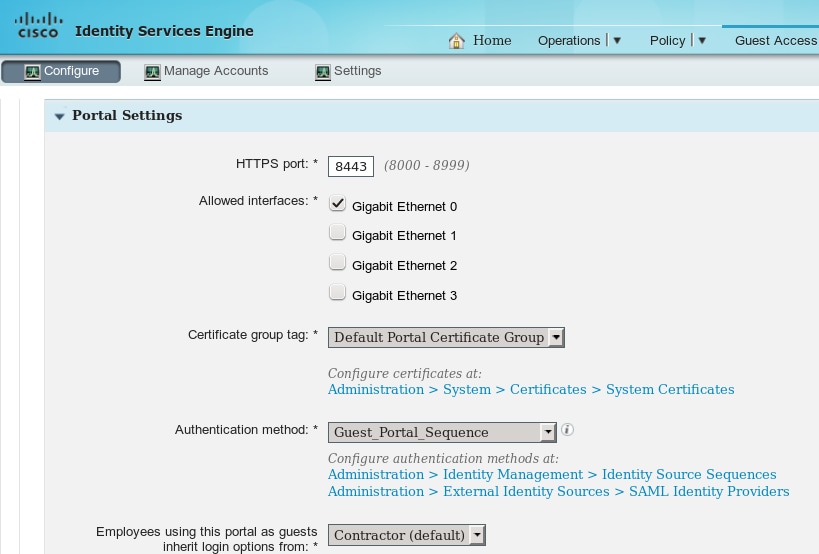 As a result mac address associated with the guest always belongs to that specific identity group. That can not be changed automatically (for example by Profiler service).

Knowing that device always belong to specific endpoint identity group it is possible to build authorization rules based on that, as shown in this image.

This situation could last forever. But in ISE 1.3 Purge Endpoint functionality has been introduced. With the default configuration. 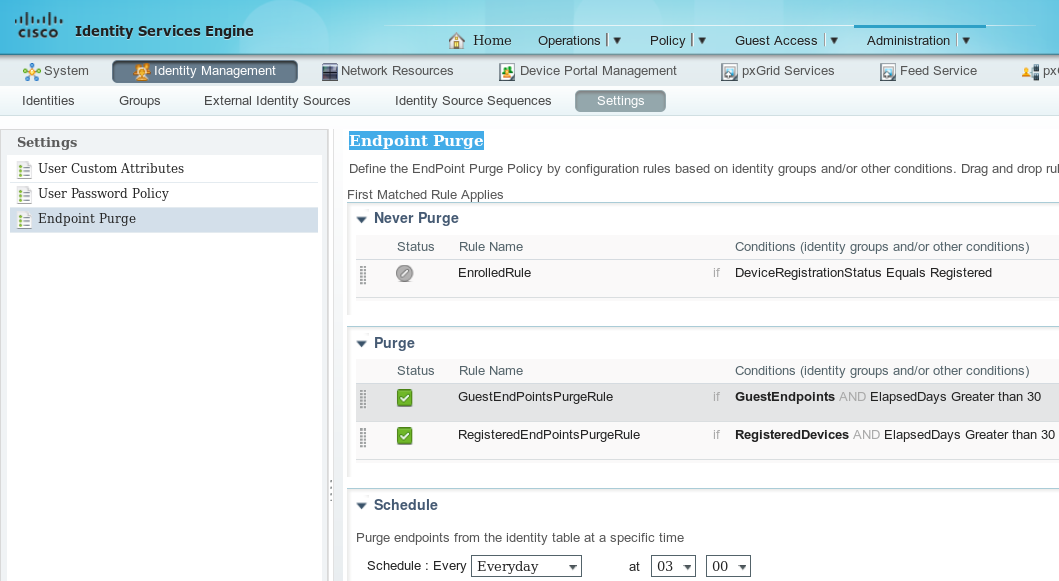 Note: In ISE 1.2 endpoints could be removed automatically only when hitting internal profiler queue limits. Then least recently used endpoints are being removed.

Another method for guest access is to use Guest Flow condition.

That condition is checking active sessions on ISE and it's attributes. If that session has the attribute indicating that previously guest user has authenticated successfully condition is matched. After ISE receives Radius Accounting Stop message from Network Access Device (NAD), session is terminated and later removed. At that stage the condition Network Access:UseCase = Guest Flow is not satisfied anymore. As a result all subsequent authentications of that endpoint hits generic rule redirecting for guest authentication.

Note: Guest Flow not supported when user is authenticated via HotSpot portal. For those scenarios UseCase attribute is set to Host Lookup instead of Guest Flow.

After clients disconnects from wireless network (for example using disconnect button in Windows) it sends deauthentication frame. But that is omitted by the WLC and can be confirmed using "debug client xxxx" - WLC presents no debugs when client is disconnecting from WLAN. As a result on Windows client:

But on WLC the status is unchanged (client still in RUN state).

That is planned design for WLC, the session is removed when

With that behavior and temporary access configuration after user disconnects from WLAN session is not removed from ISE because WLC has never cleared it (and never sent Radius Accounting Stop). If session is not removed, ISE still remembers old session and Guest Flow condition is satisfied. After disconnection and reconnection user have full network access without requirement to reauthenticate.

But if after disconnection user connects to different WLAN, then WLC decides to clear old session. Radius Accounting Stop is sent and ISE removes the session. If the client tries to connect to original WLAN Guest Flow condition is not satisfied and user is redirected for authentication.

At that stage wireless user can disconnect, connect to different WLANs, then reconnect. All those subsequent authentications use identity based on mac address, but hits the first rule because of endpoint belonging to specific identity group. Full network access is provided without guest authentication.

For the second scenario (with condition based on Guest Flow) beginning is the same.

Guest Flow condition is be satisfied when the correct attributes are existing for the session. That can be verified by looking at endpoint attributes. The result of successful guest authentication are indicated. 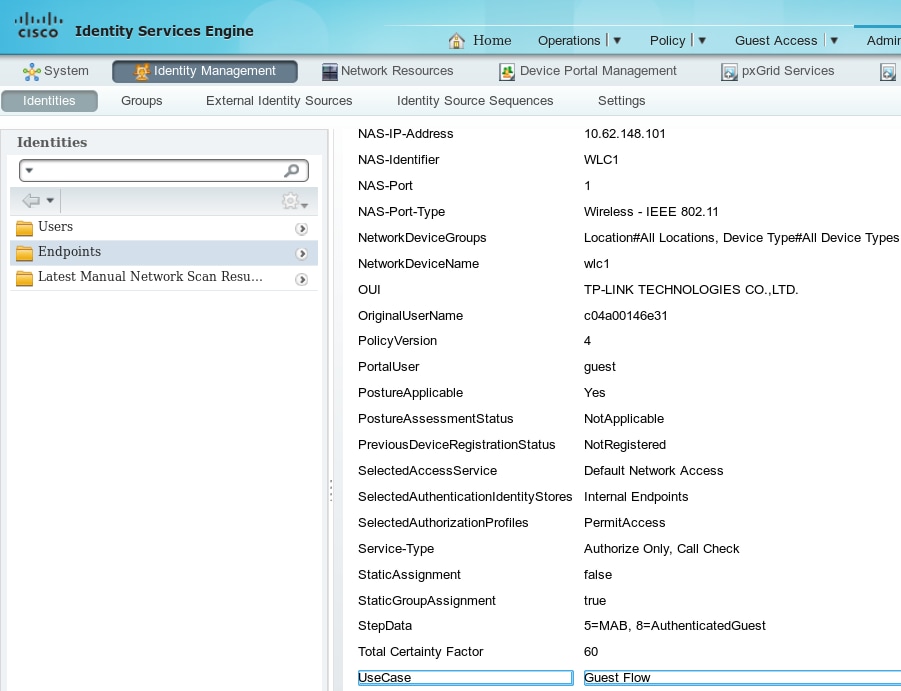