This document describes the working of Domain Name System (DNS) on Cisco Adaptive Security Appliance (ASA) when Fully Qualified Domain Name (FDQN) objects are used. When multiple FQDN objects are configured on an ASA, an end-user trying to access any of the URLs defined in the FQDN objects would observe multiple DNS queries being sent by the ASA. This document aims to provide a better understanding of why such behavior is observed.

Cisco recommends that you have knowledge of Cisco ASA.

In order to elucidate the workings of the DNS when multiple FQDNs are configured on the ASA in a simulated production environment, an ASAv with one interface facing the internet and one interface connected to a PC device hosted on the ESXi server was setup. The ASAv interim code 9.8.4(10) was used for this simulation.

The topology setup is shown here.

The client PC was configured with these IP, subnet mask, and name-servers for DNS resolution 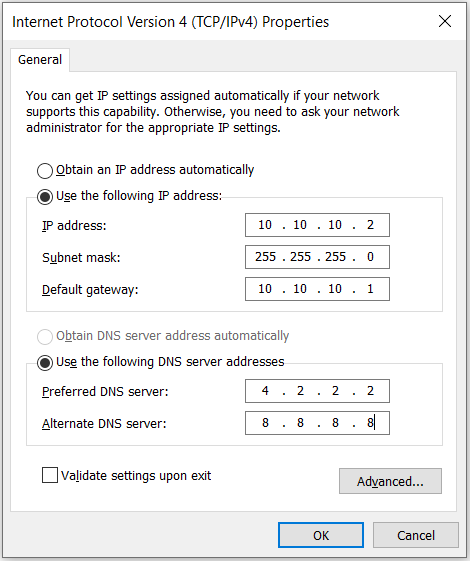 On the ASA, two interfaces were configured, 1 inside interface with a security level of 100 to which the PC was connected and 1 outside interface having connectivity to the internet.

Configure the DNS setup on the ASA as shown here: 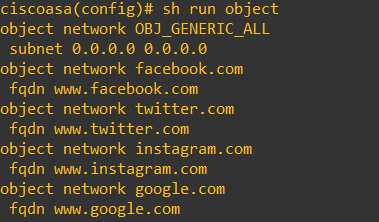 Set up a capture on the ASA outside interface for capturing DNS traffic. Then from the client PC try accessing www.google.com from a browser.

What do you observe? Take a look at the packet capture.

Here we see that even though we tried to resolve only www.google.com, there are DNS queries being sent out for all of the FQDN objects.

In order to verify which IPs are present in the ASAs DNS cache to which each of the FQDN objects get resolved to the command ASA# sh dns can be used.