This document describes the issue of unused waves that are monitored in optical side power monitoring in Cisco Transport Controller (CTC) when you use 80-Wavelength Cross-Connect (WXC) card in ONS15454 device.

Dense Wavelength Division Multiplexing (DWDM) nodes allow you to view the side power levels on the Maintenance > DWDM > Side Power Monitoring > Optical Side n tab, where n is A, B, C, D. Each existing channel has an IN and OUT power on each node side in the case of bidirectional circuits.

Issue was measured while doing side power monitoring in CTC for MSTP node.

Note: Issue and observation shared in this document are related with specific version in the test lab.

You can find from the documents that 80-WXC has a reference point (for measuring the optical channel power) COM RX port and from there is an internal algorithm in the software that gives the per channel power regardless of the link state (IS or OOS).

The COM RX of 80-WXC reports only total power and not per channel power as per hardware architecture. 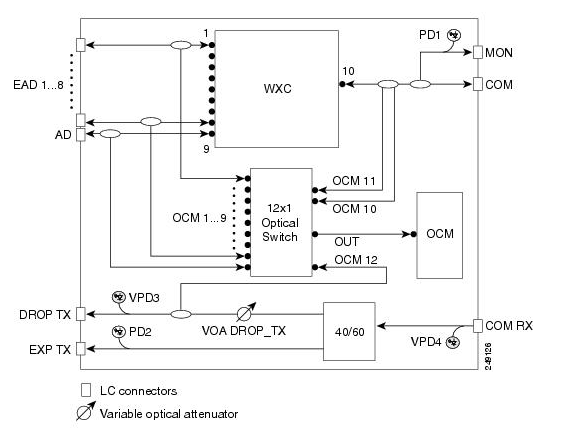 These unused waves can be seen for Exp channels also as the 80-WXC-C card provides these functionalities:

Product developer identified it as a new defect-CSCur20915.