Read the following safety notices before installing or using your IP phone.

To see translations of the warnings that appear in this publication, refer to the statement number in the Regulatory Compliance and Safety Information—Cisco Wireless IP Phone 882x Series at the following URL: http://www.cisco.com/c/dam/en/us/td/docs/voice_ip_comm/cuipph/882x/english/RCSI/RCSI-0266-book.pdf

The following are safety guidelines for using the Cisco Wireless IP Phone 8821 and 8821-EX in specific environments:

These battery safety notices apply to the batteries that are approved for the Cisco Wireless IP Phone 8821 and 8821-EX.

To obtain a battery, contact your local dealer. Use only the batteries that have a Cisco part number.

Use only the Cisco b that is compatible with your phone. To order your power supply, contact your local dealer and refer to the list of Cisco part numbers.

The Cisco Wireless IP Phone 8821-EX is ATEX Class I Zone 2 and CSA Class I Division 2/Zone 2 certified equipment. This means the phone can be operated in an area in which an explosive gas atmosphere is not likely to occur in normal operation and if it does occur, is likely to do so only infrequently and will exist for a short period only.

The ability to access emergency service through the phone depends on the wireless access point being powered. If there is an interruption in the power supply, Service and Emergency Calling Service dialing will not function until power is restored. In the case of a power failure or disruption, you may need to reset or reconfigure equipment before using the Service or Emergency Calling Service dialing.

This product is not a medical device and uses an unlicensed frequency band that is susceptible to interference from other devices or equipment.

The following information applies when you use external devices with the wireless phone.

Cisco recommends the use of good quality external devices (such as headsets) that are shielded against unwanted radio frequency (RF) and audio frequency (AF) signals.

Depending on the quality of these devices and their proximity to other devices such as mobile phones or two-way radios, some audio noise may still occur. In these cases, Cisco recommends that you take one or more of the following actions:

Cisco cannot guarantee the performance of the system because Cisco has no control over the quality of external devices, cables, and connectors. The system will perform adequately when suitable devices are attached using good quality cables and connectors.

Anything that degrades network performance can affect phone audio and, in some cases, can cause a call to drop. Sources of network degradation can include, but are not limited to, the following activities:

The product label is located in the battery compartment of the device.

Compliance Statements for the European Union

The following CE mark is affixed to the equipment and packaging. 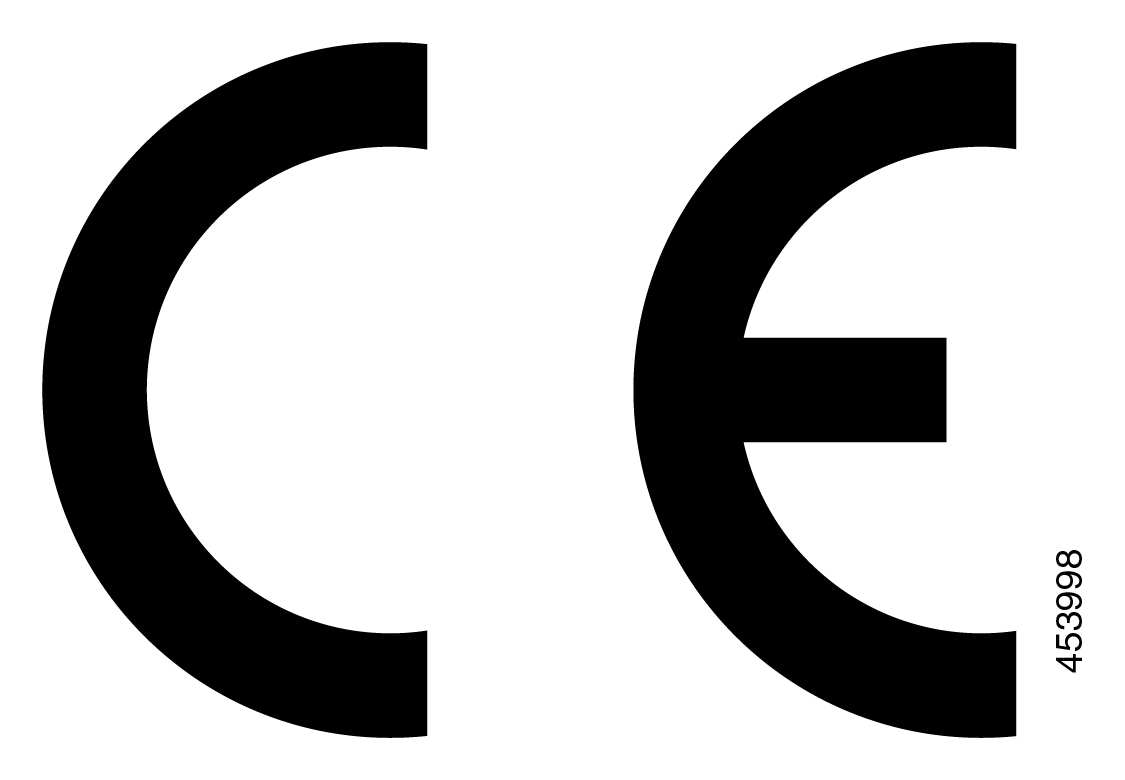 This device has been evaluated and found compliant in accordance with EU EMF Directive 2014/53/EU.

Compliance Statements for the USA

The radio module has been evaluated found to be compliant to the requirements as set forth in 47 CFR Sections 2.1091, 2.1093, and 15.247 (b) (4) addressing RF Exposure from radio frequency devices. This model meets the applicable government requirements for exposure to radio frequency waves.

Your Cisco Wireless IP Phone 882x Series device includes a radio transmitter and receiver. It is designed not to exceed the General populace (uncontrolled ) limits for exposure to radio waves (radio frequency electromagnetic fields) as referenced in RSS-102 which references Health Canada Safety Code 6 and include a substantial safety margin designed to assure the safety of all persons, regardless of age and health.

As such the systems are designed to be operated as to avoid contact with the antennas by the end user. It is recommended to set the system in a location where the antennas can remain at least a minimum distance as specified from the user in accordance to the regulatory guidelines which are designed to reduce the overall exposure of the user or operator.

The device has been tested and found compliant with the applicable regulations as part of the radio certification process.

This wireless phone contains a radio transceiver. The radio transceiver and antenna have been designed to meet the RF emission requirements for human exposure as specified by the FCC as well as by other agencies from other countries. These guidelines were developed by the industry based on guidance from the World Health Organization (WHO). These industry standards have been developed to include additional safety margins to ensure that the user is exposed to the least amount of RF radiation.

The radio transceiver uses a non ionization type of radiation as opposed to an ionized radiation such as an X-Ray wave.

The exposure standard for these devices references a unit of measure known as SAR. The limit as set by the FCC is 1.6W/kg. The tests for this emission level is done in an independent laboratory who employs test methods and operating positions reviewed by the FCC and other agencies.

Before the phone was placed on the market, the product was tested and certified in accordance with the FCC regulations to verify that the product did not exceed the FCC SAR requirements.

Additional information on SAR and RF Exposure can be obtained off the FCC website at: http://www.fcc.gov/oet/rfsafety

There is no conclusive proof that these mobile phones are or are not a health risk. The FDA and numerous researchers are continuing studies of RF radiation and health issues. Additional information on this subject can be obtained from the FDA web site at: http://www.fda.gov

The Cisco Wireless IP Phone 882x Series operates at power levels that are 5 to 6 times lower than most standard cellular, Personal Communications Service (PCS), or Global System for Mobile Communication (GSM) phones. This lower power coupled with a lower transmitter duty cycle reduces the user’s exposure to the RF fields.

There are several suggested methods to reduce exposure for the user. Among those include:

Additional information can be obtained from the following documentation:

Additional information can also be obtained from the following organizations:

This device has been evaluated and found compliant to the ICNIRP (International Committee on Non-Ionizing Radiation Protection) limits for Human Exposure of RF Exposure.

This device complies with Industry Canada license-exempt RSS standard(s). Operation is subject to the following two conditions: (1) this device may not cause interference, and (2) this device must accept any interference, including interference that may cause undesired operation of the device. Privacy of communications may not be ensured when using this phone.

Your device includes a radio transmitter and receiver. It is designed not to exceed the General populace (uncontrolled) limits for exposure to radio waves (radio frequency electromagnetic fields) as referenced in RSS-102 which references Health Canada Safety Code 6 and include a substantial safety margin designed to assure the safety of all persons, regardless of age and health.

As such the systems are designed to be operated as to avoid contact with the antennas by the end user. It is recommended to set the system in a location where the antennas can remain at least a minimum distance as specified from the user in accordance to the regulatory guidelines which are designed to reduce the overall exposure of the user or operator.

The device has been tested and found compliant with the applicable regulations as part of the radio certification process.

The grant of a Telepermit for any item of terminal equipment indicates only that Spark NZ has accepted that the item complies with minimum conditions for connection to its network. It indicates no endorsement of the product by Spark NZ, nor does it provide any sort of warranty. Above all, it provides no assurance that any item will work correctly in all respects with another item of Telepermitted equipment of a different make or model, nor does it imply that any product is compatible with all of Spark NZ network services.

Use of IP Networks with the PSTN

Internet Protocol (IP) by its nature introduces delay into speech signals as each data packet is formulated and addressed. Spark NZ Access Standards recommends that suppliers, designers and installers using this technology for calls to or from the PSTN refer to ITU E Model requirements in the design of their networks. The overall aim is to minimise delay, distortion and other transmission impairments, particularly for those calls involving cellular and international networks, which already suffer extensive delay.

The Use of Voice Compression Through the PSTN

Because of the extensive delay already experienced when calling cellular and international networks, some of which is already caused by their use of voice compression technologies. Spark NZ Access Standards will only approve G711 voice technology for use on the PSTN. G711 is an ‘instantaneous speech-encoding technique’ whereas G729 and all its variants are considered ‘near instantaneous’ introducing additional delay into the speech signal.

Echo cancelers are not normally required in the Spark NZ PSTN because geographic delays are acceptable where CPE return loss is maintained within Telepermit limits. However, those private networks that make use of Voice-over-IP (VoIP) technology are required to provide echo cancellation for all voice calls. The combined effect of audio/VoIP conversion delay and IP routing delay can cause the echo cancellation time of 64 mS to be required. 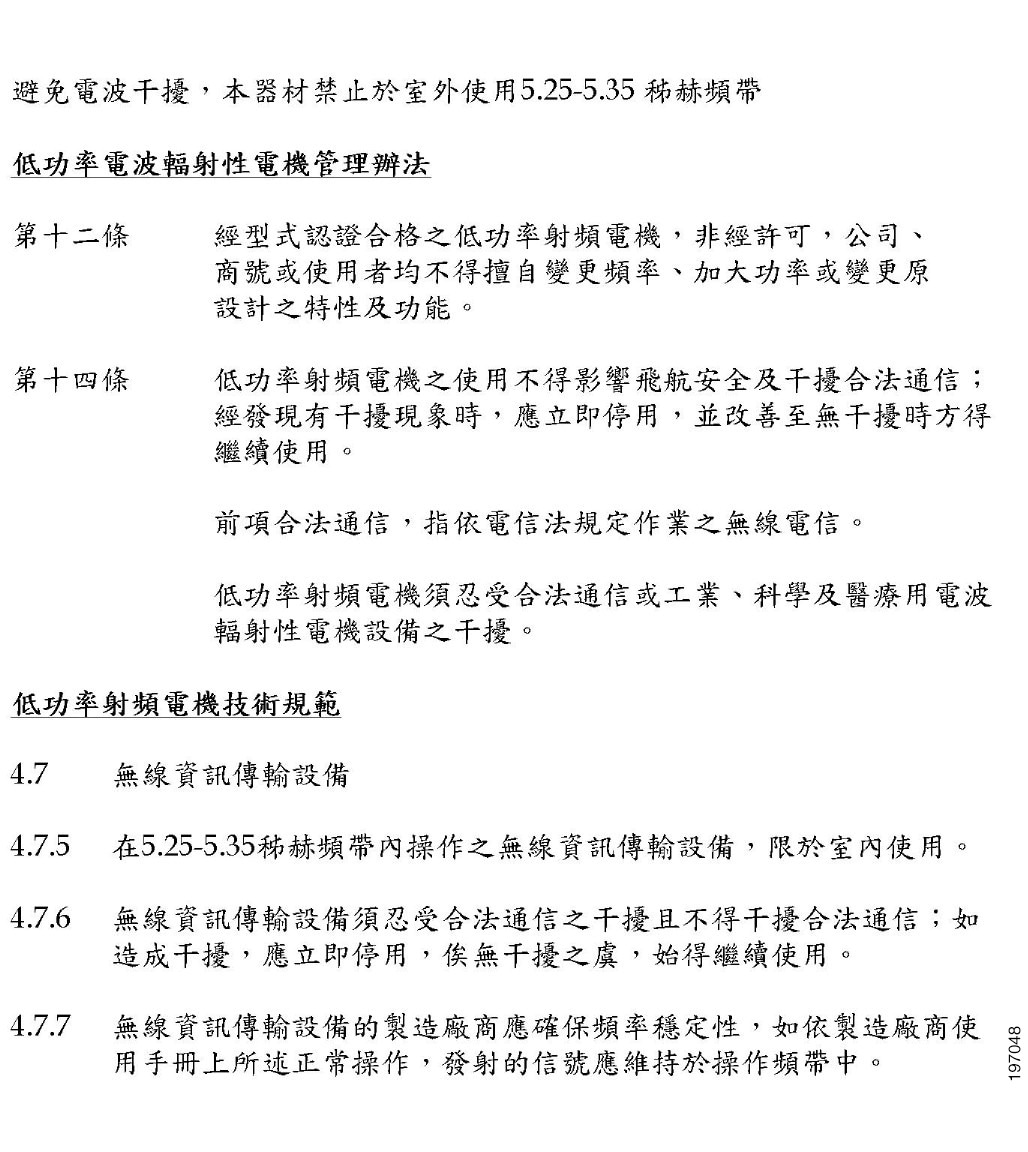 For more information, go to this URL: http://www.anatel.gov.br

This product is approved by Anatel, in accordance with the procedures regulated by Resolution no. 242/2000 and meets the technical requirements applied, including the exposure limits of the Specific Absorption Rate for electric, magnetic and electromagnetic fields of radiofrequency, in accordance with Resolutions nº 303/2002 and nº 533/2009.

This product contains cryptographic features and is subject to U.S. and local country laws that govern import, export, transfer, and use. Delivery of Cisco cryptographic products does not imply third-party authority to import, export, distribute, or use encryption. Importers, exporters, distributors, and users are responsible for compliance with U.S. and local country laws. By using this product, you agree to comply with applicable laws and regulations. If you are unable to comply with U.S. and local laws, return this product immediately.

Further information regarding U.S. export regulations can be found at https://www.bis.doc.gov/policiesandregulations/ear/index.htm.