Chapter: Getting to Know the Cisco TelePresence System

Getting to Know the Cisco TelePresence System

Use the information in the following sections to help you become familiar with the Cisco TelePresence System (CTS): 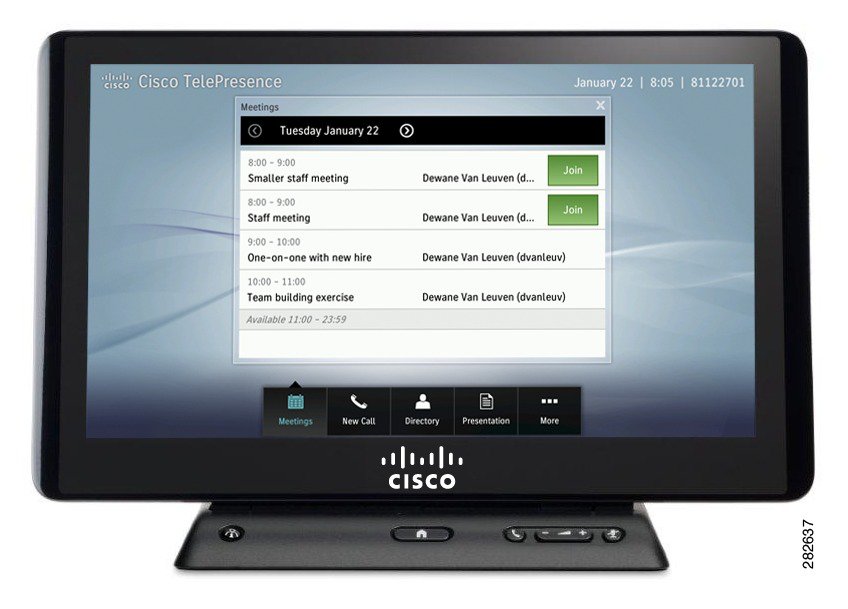 Some systems use the Cisco Unified IP phone for call control. You place Cisco TelePresence calls by using the softkeys on the phone without lifting the handset. Audio is heard through the CTS speakers.

The CTS telephone displays touchscreen buttons and softkeys that are used to manage your Cisco TelePresence calls, as shown in Figure 1-2. 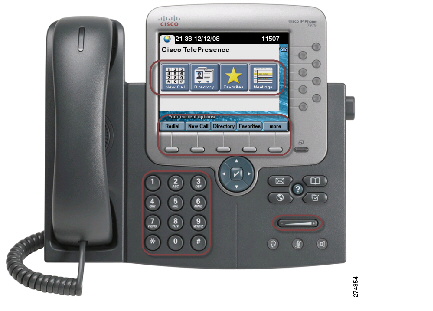 If another meeting is scheduled immediately after your meeting, you will hear an audio alert ten minutes before your meeting end time.

Cisco TelePresence Ceiling and Desktop cameras are designed for projecting the image of any object on the working surface with perfect illumination and depth of focus. See Figure 1-3 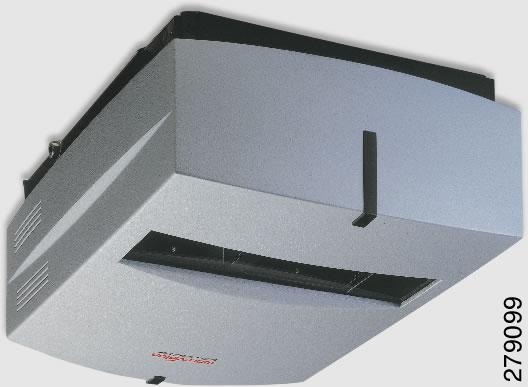 The camera can quickly and easily project images from all types of objects: photos, books, brochures, transparencies, slides, and three-dimensional objects. It supports projection of documents up to 22” x 34” and large objects placed on the Cisco TelePresence table. The camera is operated by wireless remote and is integrated with the Cisco TelePresence projector Auto Collaborate capability.

Cisco TelePresence supports presentation sharing for point-to-point and multi-point meetings. Auto Collaborate is a unique feature that allows users in all rooms to instantly see data or video and hear audio output from the following sources:

Table 1-1 describes the display differences of shared data or video content between rooms.

After a laptop is unplugged or a document camera is turned off, the projector will begin a 5-minute countdown. You should be able to see the countdown from what the projector displays. This is considered the projector standby mode and then it will go into cool down mode for 1 minute before turning off.

Lighting During Calls for the CTS Systems

The CTS lights automatically shut off when there is no longer a video signal to the CTS. The trigger to turn of the lights varies depending on the system type and how it was set up by the administrator. Generally, personal system lights turn off in 15 seconds, and larger meeting room systems turn off in 5 minutes.

If there is a presentation plugged in or if a DMP is connected, all CTS model lights turn off in 15 seconds.

To place and receive calls, see the following chapters: