This chapter, which provides an overview of the Cisco Digital Building Cree Solution implementation, includes the following major topics:

The Cisco Digital Building Cree Solution can be deployed in multiple deployment topologies, based on the customer's requirements and the time when the installation will be done. 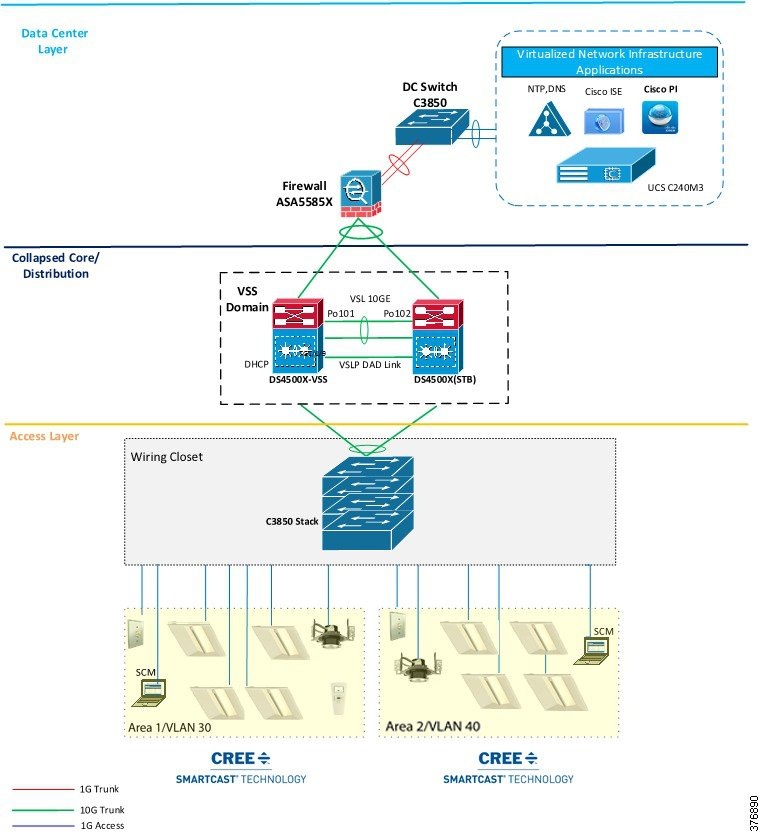 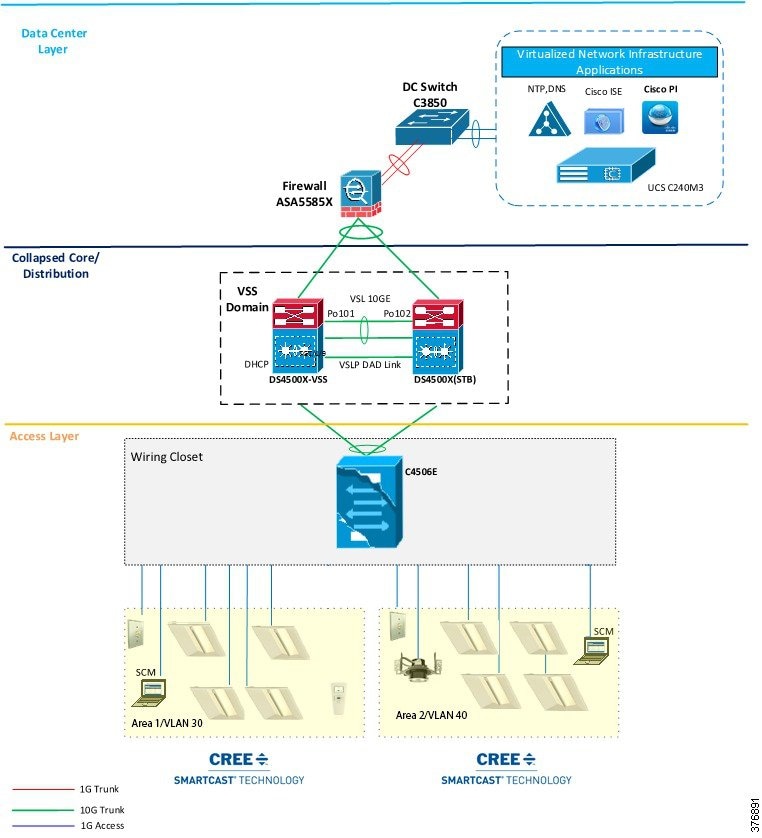 Cree will provide the list of commercial names for the following products so that it is in line with the website and the ordering process. See Table 2-2 .

Table 2-3 is the list of third-party infrastructure components used in the system.

The Digital Building system should deploy on a separate logical network (VLAN) with a limit of 1,000 lights fixtures per VLAN. A new VLAN is required to deploy more than 1,000 light fixtures, which will restrict the number of broadcast messages the light fixtures can process at a time. Each VLAN requires a SmartCast Manager to configure, calibrate and monitor the light fixtures.

The VLANs shown in Table 2-4 are only examples that were used in this Cisco Digital Building Cree Solution validation. VLAN numbering may vary based on your actual deployment.