This section contains information about the following topics:

Table 1-1 lists the Cisco product number to which this publication applies, and the supported router platforms for the VSM card.

The VSM cards have certain Cisco IOS XR software requirements. Also, to ensure compatibility with the software, your VSM cards should have a specific hardware revision number. The number is printed on a label affixed to the component side of the card and is displayed by the show diag command.

Table 1-2 lists the hardware and software requirements for cards.

The show diag and show version commands display the current hardware configuration of the router, including the system software version that is currently loaded and running. For complete descriptions of show commands, refer to the command reference or configuration guide for the installed Cisco IOS XR release.

If the command displays indicate that the Cisco IOS XR software is a version earlier than you need, go to http://www.cisco.com/web/Cisco_IOS_XR_Software/index.html for information about how to upgrade Cisco IOS XR Software.

See the “Obtaining Documentation and Submitting a Service Request” for information on how to obtain these publications.

The VSM card is the next generation service card that provides a virtualized platform on the Cisco ASR 9000 Series Aggregation Services Router. The VSM card allows Cisco and third-party services and applications to be hosted simultaneously on top of a virtualized hardware environment.

The VSM card consists of:

The VSM card has four 10 Gigabit Ethernet SFP+ module ports. Each SFP+ port on the VSM card has an adjacent Link LED visible on the front panel that indicates the status of the associated SFP+ port.

The VSM card has the following guidelines and limitations: 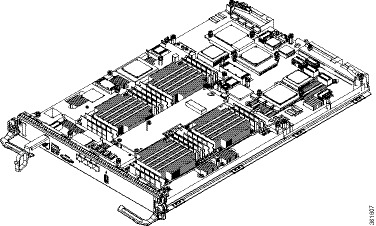 Figure 1-2 shows the front panel on the VSM card.

The following sections provide information about preparing to install a VSM card:

Before you perform any procedure in this publication, review the safety guidelines in this section to avoid injuring yourself or damaging the equipment.

The following guidelines are for your safety and to protect equipment. The guidelines do not include all hazards. Be alert.

Before installing, configuring, or maintaining a card, review the safety warnings listed in the Cisco ASR 9000 Series Aggregation Services Router Regulatory Compliance and Safety Information publication that accompanied your router.

Before working with laser optics, read the “Laser Safety” section.

Electrostatic discharge (ESD) damage, which can occur when electronic cards or components are improperly handled, results in complete or intermittent failures. Electromagnetic interference (EMI) shielding is an integral component of the VSM card. Cisco recommends using an ESD-preventive strap whenever you are handling network equipment or one of its components.

The following are guidelines for preventing ESD damage:

To avoid damaging card mechanical components, never carry a card by the captive installation screws or ejector levers. Doing so can damage these components and cause card insertion problems.

For safety, periodically check the resistance value of the ESD strap. The measurement should be between 1 and 10 megohms.

You need the following tools and parts to remove and install VSM cards:

If you need additional equipment, see Cisco.com or your service representative for ordering information.

Removing and Installing a VSM Card

The following sections provide procedures for removing or installing a VSM card:

See “Guidelines for VSM Card Removal and Installation” before removing a VSM card while power to the router is on.

Each VSM card circuit board is mounted to a metal carrier and is sensitive to electrostatic discharge (ESD) damage. Before you begin installation, read “Preparing for Installation” for a list of parts and tools required for installation.

Always handle the VSM card by the carrier edges and handle; never touch the VSM card components or connector pins.

When a slot is not in use, a blank must fill the empty slot to allow the router to conform to electromagnetic interference (EMI) emissions requirements and to allow proper airflow across the installed modules. If you plan to install a VSM card in a slot that is not in use, you must first remove the blank.

Guidelines for card removal and installation include the following:

Be careful to avoid damaging the electromagnetic interference (EMI) gasket that runs along the full length of the card front panel edges. Damage to the EMI gasket can affect your system’s ability to meet EMI requirements.

To avoid solid state disk failures, it is mandatory to power down the VSM card before OIR.

The router may indicate a hardware failure if you do not follow proper procedures. Remove or insert only one card at a time. Allow at least 15 seconds for the router to complete the preceding tasks before removing or inserting another card.

After removing and inserting a card into the same slot, allow at least 60 seconds before removing or inserting another card.

When you remove a card, always use the ejector levers to ensure that the connector pins disconnect from the backplane in the sequence expected by the router. Any card that is only partially connected to the backplane can halt the router.

To avoid damaging card mechanical components, never carry a card by the captive installation screws or ejector levers. Doing so can damage these components and cause card insertion problems.

If you are migrating from a line card to a VSM card or replacing a failed VSM card, you must first remove the existing card and then install the new VSM card in the same slot. To remove a line card or VSM card, follow these steps:

Attach an ESD-preventive wrist or ankle strap and follow its instructions for use.

Disconnect and remove all interface cables from the ports; note the current connections of the cables to the ports on the card.

Detach the card cable-management bracket from the card.

Use a screwdriver to loosen the captive screw at each end of the card faceplate.

When you remove a card, always use the ejector levers to ensure that the card connector pins disconnect from the backplane in the logical sequence expected by the router. Any card that is only partially connected to the backplane can halt the router.

Simultaneously pivot the ejector levers away from each other to release the card from the backplane connector.

Grasp the ejector levers and pull the card halfway out of the slot.

Grasp the card and gently pull it straight out of the slot, keeping your other hand under the card to guide it. Avoid touching the card printed circuit board, components, or any connector pins.

Be careful not to damage or disturb the EMI spring fingers located on the front edge of the card face plate.

Always insert a dust plug in an optical port opening for each port that is not in use.

A VSM card slides into any available line card slot and connects directly to the backplane. If you are installing a new VSM card, you must first remove the line card blank from the available slot.

Refer to the installation and configuration guide for your router for information on line card slot types, slot width, and slot location.

The router may indicate a hardware failure if you do not follow proper procedures. Remove or insert only one VSM card at a time. Allow at least 15 seconds for the router to complete the preceding tasks before removing or inserting another VSM card.

Attach an ESD-preventive wrist or ankle strap and follow its instructions for use.

Choose an available line card slot for the VSM card, and verify that the card interface cable is long enough for you to connect the VSM card with any external equipment.

To prevent ESD damage, handle VSM cards only by the metal card carrier. Do not touch any of the electrical components or circuitry.

To avoid damaging card mechanical components, never carry a VSM card by the captive installation screws or ejector levers. Doing so can damage these components and cause card insertion problems.

Grasp the faceplate of the VSM card with one hand and place your other hand under the metal card carrier to support the weight of the card (see Figure 1-4). Position the VSM card for insertion into the line card cage slot. Avoid touching the VSM card printed circuit board, components, or any connector pins.

Simultaneously pivot both ejector levers toward each other until they are perpendicular to the VSM card faceplate. This action firmly seats the card in the backplane. See Figure 1-4.

To ensure adequate space for additional line cards or VSM cards, always tighten the captive installation screws on each newly installed VSM card before you insert any additional cards. These screws also ensure correct seating in the backplane connector, prevent accidental removal, and provide proper grounding and EMI shielding for the router. This section describes the procedures you can use to verify the VSM card installation and includes information on the following topics:

When the system has reinitialized all interfaces, the VSM card STATUS LED should be green (on). The console screen also displays a message as the system discovers each interface during its reinitialization.

Use the following procedure to verify that a VSM card is installed correctly:

Observe the console display messages and verify that the system discovers the VSM card, while the system reinitializes each interface, as follows:

When the VSM card STATUS LED is green, all associated interfaces are configurable.

If the VSM card has not become active, refer to the system console messages. If there is no indication that an upgrade is underway, see “Verifying and Troubleshooting the VSM Card Installation” .

The following procedure uses show commands to verify that the new VSM card is installed correctly and operating correctly.

Use the show running-config command to display the system configuration.

If a VSM card does not meet the minimum version required, the FPD may need to be updated. Refer to Cisco ASR 9000 Series Aggregation Services Router System Management Configuration Guide for instructions.

Use the show platform command to check the state of all the boards in the chassis, including the VSM card.

The VSM card state should be “IOS XR RUN” in the show platform command output.

Finally, you can use the show version command to obtain software version information for the installed VSM cards.

Table 1-3 describes the show commands you can use to display VSM card information.

For complete descriptions of show commands, refer to the command reference or configuration guide for the installed Cisco IOS XR release.

Use the following procedure to verify that the VSM card is installed correctly:

Observe the console display messages and verify that the system discovers the VSM card.

If the STATUS LED on a VSM card fails to go on, the VSM card might not be fully seated.

Inspect the VSM card. Verify there are no bent pins or parts and that there is nothing lodged in the devices that could prevent a good connection.

Re-insert the VSM card in the router.

If the STATUS LED goes on, suspect a failed backplane port in the original slot.

If the STATUS LED fails to go on, remove the VSM card and reinstall it accordingly.

If no LEDs on the VSM card go on, suspect a faulty VSM card. Contact a service representative to report the problem and obtain further instructions.

Repeat Step 1 through Step 4 to verify that any additional VSM cards are properly installed.

If you experience other problems that you are unable to solve, contact TAC (see the "Obtaining Documentation and Submitting a Service Request" section in the Preface) or a service representative for assistance.