Note: In order for the Supervisor 720 to operate in all Cisco Catalyst 65xx chassis as well as Cisco 7603, 7606, 7613 and OSR-7609 require an upgraded system fan tray to support the additional cooling requirements for these modules. The following table outlines the requirements for each chassis (Table 2).

Q. Are there any other system upgrades required in order to use the new Supervisor 720?
A. In addition to upgrading the fan tray, you may also need to upgrade the power supply in order to properly power the system. The minimum is a 2500 watt power supply for 6, 9, and 13-slot chassis. The 2500W power supply can operate as a 1300(W) (110VAC) or a 2500W (220VAC, -48DC to -60DC). As with any chassis configuration, power requirements for a Supervisor 720-based system will depend on the configuration. Consult the Hardware Installation documentation on CCO for more specific power requirements.
Q. What are the key components that make up a Supervisor 720?
A. The Supervisor 720 incorporates a new version of the Policy Feature Card (PFC3A or PFC3B or PFC3BXL) as well as a new Multilayer Switch Feature Card (MSFC3) as well as an integrated 720 Gbps switch fabric. This level of integration increases slot efficiency of high performance and high availability configurations, by 1 slot and 2 slots in a Cisco Catalyst 6500 Series chassis, respectively.
Q. Can a Supervisor 720 be ordered without the MSFC or the PFC?
A. No, the MSFC and PFC are an integral part of a Supervisor 720.
Q. Do I still need a separate Switch Fabric Module (SFM)?
A. No, the new Supervisor Engine 720 integrates a 720 Gbps Switch Fabric on board providing for increased slot efficiencies.
Q. Does the current SFM and SFM2 work in the same chassis where a Supervisor Engine 720 is installed?
A. No, since the switch fabric is integrated, the use of the SFM would be superfluous.
Q. Can I support a classic (32 Gb bus) card, an 8 Gb fabric (CEF256) card and a new high performance 40 Gb fabric (dCEF720) card at the same time in the same chassis with a Supervisor Engine 720?
A. Yes. One of the primary objectives when designing the new Supervisor Engine 720 was Investment Protection. The Supervisor Engine 720 will support all previous generations of interface modules.
Q. What are the performance characteristics for a Cisco Catalyst 6500 system configured with the Supervisor 720?
A. The new Supervisor 720 has an integrated switch fabric providing two 20 Gb connection to each module slot. This enables performance up to 400 Mpps distributed CEF. See (Table 2). 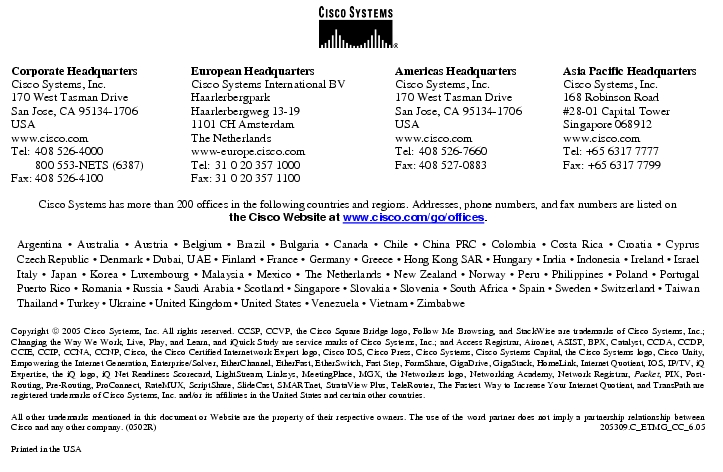