With the 802.1ak MRP attribute encoding scheme, MVRP only needs to send one PDU that includes the state of all 4094 VLANs on a port. MVRP also transmits Topology Change Notifications (TCNs) for individual VLANs. This is an important feature for service providers because it allows them to localize topology changes. Figure 25-1 illustrates MVRP deployed in a provider network on provider and customer bridges. 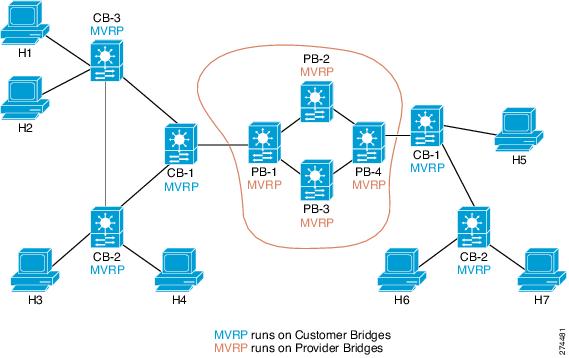 Figure 25-2 dispalys redundant links that are configured between the access switch and two distribution switches on the cloud. When the link with VLAN 104 fails over, MVRP needs to send only one TCN for VLAN 104. Without MVRP, an STP TCN would need to be sent out for the whole MST region (VLANs1-1000), which could cause unnecessary network interruption. 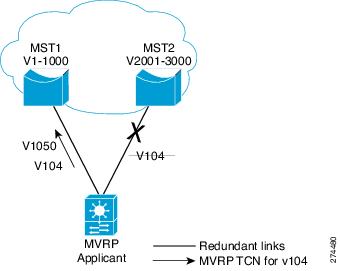