Three standards-based programmable interfaces are supported by NX-OS for operations on the data model: NETCONF, RESTConf, and gRPC. 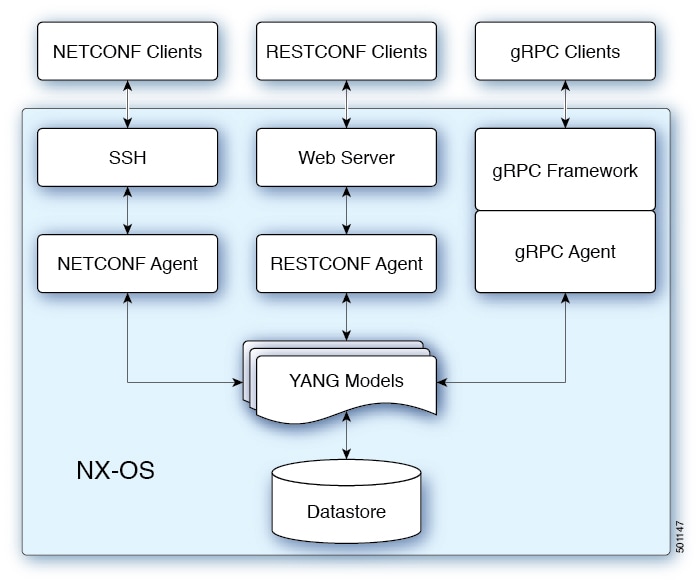 Agents provide an interface between the Device and clients. They specify the transport, the protocol, and the encoding of the communications with the Device. NX-OS Programmable Interfaces support three agents: NETCONF, RESTConf, and gRPC, each providing different interfaces for configuration management of the Device via YANG models.

Additional information about YANG can be found at the YANG Central Wiki https://handwiki.org/wiki/YANG (M. Bjorklund, Ed.)