New grid layout with a single screen and no content sharing. 4

Grid layout with a single screen (5x5) and no content sharing. 5

We have an exciting assortment of Webex Meetings Desktop (PC and Mac), Webex Meetings mobile, Webex Teams™ Desktop (PC and Mac], Webex Teams mobile, Webex Room Kits, Webex Boards, traditional on-premises devices (Cisco and third-party SIP and H.323), and browser based soft-clients such as the Webex Web App, as well as more traditional soft clients such as Cisco Jabber® and Microsoft Skype for Business, which are common participants in Webex Meetings.

Rather than attempting to document every possible permutation of conference clients, we’ll present a couple common examples you can use to plan and account for Cisco® Webex Meetings bandwidth, both in sending and receiving, in your environment.

●   When content sharing, desktop sharing, or app sharing is active in the meeting, it increases the required bandwidth for the participants

●   When a user is the presenter in a meeting, their transmit requirements will be higher than the rest of the participants of the meeting

The testing conditions we will use in our examples represent values closer to the peak rates, which tend to be useful when sizing overall bandwidth requirements. Know that if screen changes in the presentation channel are slower than 1-2 fps, or if the main video channel itself is mostly static or with talking participants, bandwidth will be substantially lower than these quoted figures. More about bandwidth sizing and estimation of overall needs will be explained at the end of this document. Figures 1 and 2 display classic Webex Meetings examples.

Figure 1.      Webex Meetings classic layout with one screen and sharing In a meeting as shown in Figure 1, the bandwidth requirements are relatively easy to calculate. Assuming the receiver is not bandwidth-restricted, Webex clients will adapt to available network conditions. Table 1 outlines a common scenario.

New grid layout with a single screen and no content sharing

With our new video-centric layouts, customers now have the capability of offering grid-style layouts for a video-focused conference view. These layouts dynamically adjust as people join to fill out the screen real estate. We’ll start off side by side. As we get to the sixth participant we’ll move to the 3x2 layout in Figure 3, and as we get toward the eighth participant, we’ll move into a 3x3 layout (Figure 4).

Figure 3.      Webex Meetings grid layout with one screen and no content sharing 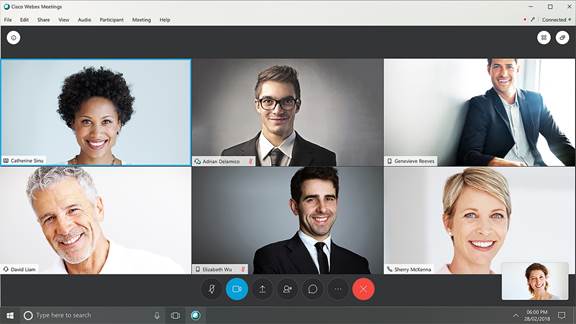 Table 3.       Webex Meetings bandwidth for one screen and no content sharing

* This example assumes that other participants are similarly in a 3x2 grid layout and are only requesting your 3x2 grid layer. If someone joins the meeting and uses a full-screen layout (non-grid layout), you may be requested to send a higher layer, which will require more bandwidth. The presenter will have a somewhat higher transmit requirement than the rest of the participants.
Figure 4.      Webex Meetings grid layout with two screens and content sharing

Grid layout with a single screen (5x5) and no content sharing

This layout is all about the participants. Each additional participant will bring in an additional 180p video user to the conference layout so if you don’t have quite as many participants as this example describes, you can just adjust linearly, e.g. 20 displayed participants is 80% of the bandwidth of the 25 displayed participant example in Figure 5. Note that if sharing is active, with one or two screens in use, it doesn’t affect the receive bandwidth utilization—we adjust the conference and share the bandwidth within the amount presented in table 5, and if sharing is or is not active it doesn’t affect bandwidth utilization.

Figure 5.      Webex Meetings grid layout with one screen and no content sharing 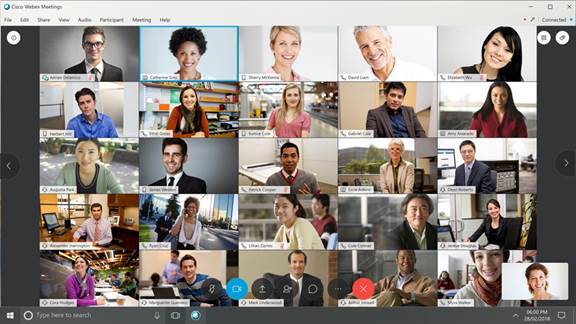 Table 5.       Webex Meetings bandwidth for one screen and no content sharing

Another layout option is a hybrid approach between the classic Webex Meetings layout and the video-focused layout. You can use this option when you’re using a single screen or are dedicating only a single screen to the Webex meeting. Just like the earlier examples, the transmit bandwidth for a participant does depend on the listeners subscribing to that user’s screen. Table 6 outlines this example, with all the users in the meeting following along and using the same side-by-side single screen layout, to predict bandwidth. 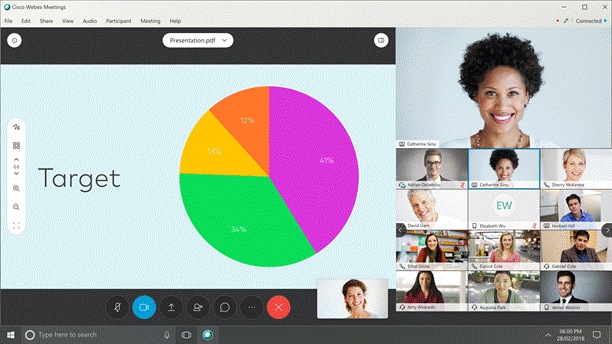 Another new single screen layout involves “floating” the participant video over content when dedicating a single monitor to the Webex meeting. It is possible to resize the video “float” window. Users can achieve a variety of results, from using relatively low bandwidth to using bandwidth similar to the two-screen classic example in Figure 2 and Table 2. If users size the window similar to what is displayed in Figure 7, the bandwidth in Table 7 is accurate. However, bandwidth may be higher if users drag the participant floating window into larger and larger areas of the screen. 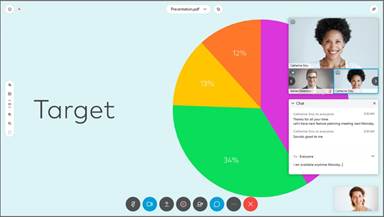 Those following information is variable with respect to how individual devices decide to optimize resolution versus bandwidth. Figure 8 shows the performance of a Cisco TelePresence® MX device running either version 8.x or 9.x software and connecting to the Cisco Video Platform version 1.0 or 2.0 for a Webex meeting. The IT administrator or end user controls the bandwidth by:

●   Through provisioning and management from Cisco TelePresence Management Server (TMS), or

The bandwidth used in this next example is a guideline since the end customer or IT staff will establish default calling bandwidth. Our recommendation to balance a business-quality video experience with bandwidth control to pick a speed of 2 mb/s for a single-screen video device. Two screens or immersive systems will require higher bandwidth. 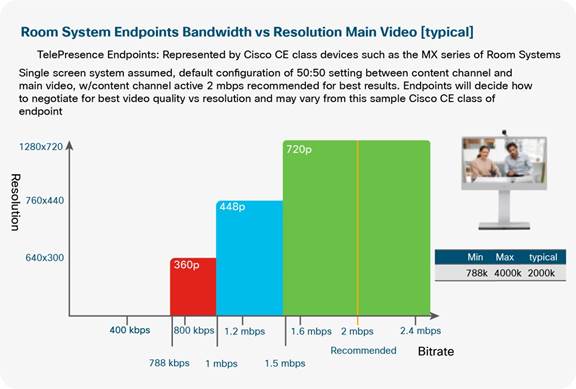 For the content channel on the video device and room systems, the actual results will vary based on which device is used. The Webex Video Platform 2.0 will attempt to negotiate 1080p content early and often. Figure 8 provides an example of the performance of a Cisco TelePresence MX device running version 8.x or 9.x software. 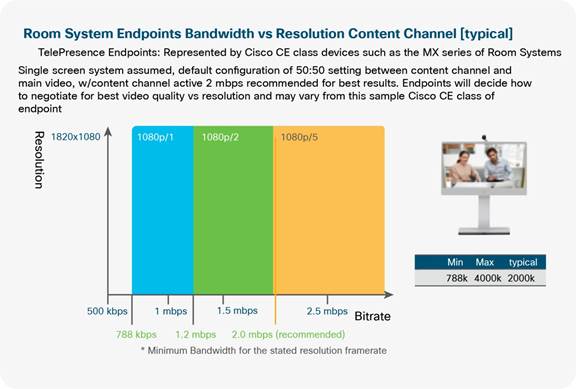 The Opus audio codec is in use on every Webex Meetings site. Webex WBS 29.8 and newer requires 70 to 150 kbps, so when out-of-band audio is not in use, add this much bandwidth per participant. When fewer speakers are in the audio stream, the range will be lower, and where less bandwidth is available overall. When many speakers and audio sources are present simultaneously and there is readily available bandwidth, the range will be higher.

Webex Meetings multipoint video is supported on Android and Apple iPads and iPhones. Webex Meetings on mobile offers customizable video and share layouts. The initial layout will be 1:1 video, as shown in Figure 11. 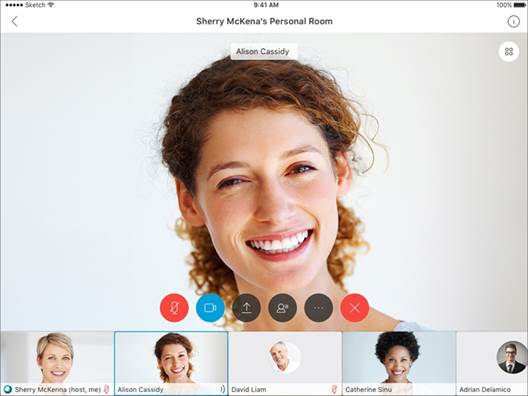 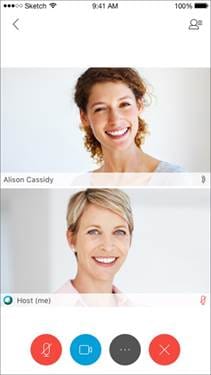 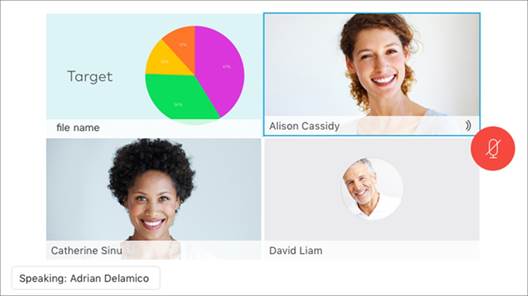 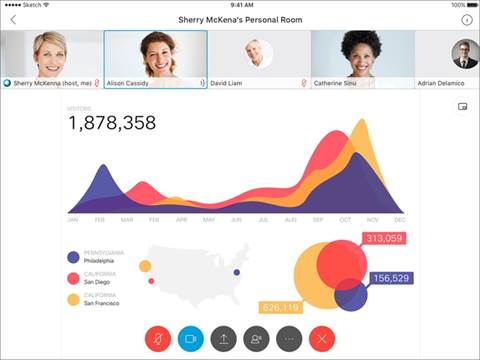 Table 10.     Bandwidth for a tablet with four active thumbnails

Note:    Mobile devices are efficient at conserving bandwidth when the meeting is idle, when speaker video is mostly talking heads, and when content transitions do not occur frequently. Phones and tablets typically consume around 80 kb/s in an idle meeting such as these, and use around 100 kbps with slide transitions limited to every 30 s or so. The figures in the tables in this document are for dynamic meetings with considerable speaker motion (common on mobile participants), and frequent content scene changes.

The Network-Based Recording (NBR) feature allows the meeting host and participants to capture all meeting content and speaker videos, including Webex Meetings integrated audio, VoIP audio, or third-party audio conferences for later playback and sharing. NBR recordings are saved to Webex Meetings high-availability storage servers, making it easy to access all meeting content. All recordings are generated in MP4 format, and the recordings can be downloaded or streamed to a computer desktop. Some customers also use ARF format.

Recording size is dependent upon the resolution being sent by the active speaker and that speaker’s main video stream while the recording is in progress, depending on how well connected that user is. The recordings’ raw main video resolution will be 180p, 360p, or 720p. The data resolution is always 1080p and where possible, NBR will adjust the frame rate and image quality for the best experience given the available bandwidth. For a high-quality recording, you will want to ensure active speakers are well-connected.

Note:    Webcam videos are stored as the original resolution during NBR recording. However, during NBR playback, the playing video resolution is restricted to 180p.

For more information about NBR, refer to the Network-Based Recording Frequently Ask Questions.

Figure 15 shows data of NBR in MP4 format, and the average storage size when using NBR. 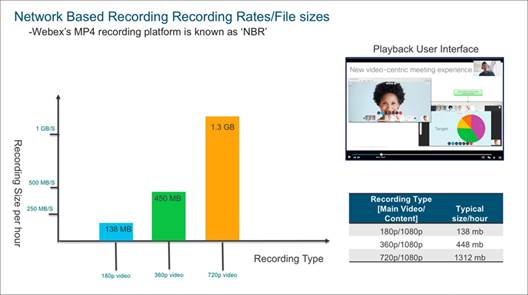 Webex Meetings services can reduce the amount of data transmitted over the network. The Webex Meetings client transmits data only when data is requested. During most of a meeting, the content is static and no data is transmitted, keeping network traffic to a minimum. When there is activity in a meeting, such as loading a presentation, changing a slide, or sharing an application, data transfer lasts for only short periods of time, and only parts of the screen change. This includes presentation sharing, desktop sharing, and live video.

This type of behavior produces inconsistent streams of network traffic, causing the traffic to remain at a below- average point for most of the time, with occasional spikes to a maximum value. In a typical desktop-sharing meeting, the bandwidth requirements are usually low and have no major impact on the network.