Instructor Motivates Students with the Promise of IT Jobs

“Jobs motivate kids who are desperate to stave off poverty and work toward a better life.”

After 10 years as a public school teacher in Baltimore, Maryland, Joseph Haw knew it was time for a change. Tired of watching students fail and lose the motivation to pursue higher education, he founded a new educational program, bringing hands-on learning and job opportunities to hundreds of men and women in his community.

In Baltimore, the high school graduation rate is 68.5 percent. At Bridging the Digital Divide (BDD), which offers Cisco Networking Academy courses, the certification rate is 95 percent.

Since its founding in 2014, BDD has prepared over 100 students for IT industry certifications, which help them stand out to potential employers.

“I’m a logical fellow, and I like to solve problems,” Joseph says. “To me, it was a simple problem—kids in Baltimore aren’t motivated. Jobs motivate kids who are desperate to stave off poverty and work toward a better life.”

BDD aims to provide inner city citizens, from military veterans to high school students, with workforce training and certifications at a reduced cost.

In a partnership with the Cisco Networking Academy and other companies, BDD is able to offer courses that prepare students for entry-level jobs and certification exams. Courses like Cisco CCNA Routing and Switching help students develop in-demand skills that employers are looking for.

When Joseph left the public school system to start his own academy, he knew he’d need the support of the city’s educational programs and companies like Cisco.

“There’s an amazing consortium of industries in the Baltimore area who want to invest in improving education,” he says. “From the start, I knew I wanted to incorporate Cisco Networking Academy.”

BDD charged students just US$200 per NetAcad course, making the classes affordable and accessible to those who wouldn’t normally have the means to pursue such a career path.

When students started the curriculum, they quickly realized it was an important first step toward landing a job in an exploding market.

“As soon as the students updated their resumes with a Cisco CCNA certification, employers reached out,” Joseph says. “I expect we’ll have more than 150 students certified by this time next year and working entry-level networking jobs.”

A second chance at success

Joseph is confident the program will only improve in the coming years, especially with his latest Networking Academy offering, the Introduction to the Internet of Things (IoT) and NDG Linux Essentials.

Intro to IoT teaches students about the growing connection of people, processes, data, and things to the Internet. These connections are creating new jobs in the IT industry, and employers are looking for qualified people to fill them.

With an understanding of connected technologies and their application in the real world, students taking Introduction to IoE will be prepared for the careers of the future.

“Everything we touch is connected to the Internet,” he says. “Students see the technology and they like it. We’re leading the way because we’re teaching students about the future.”

Today, Joseph is embracing that future and expanding the academy by creating a job placement program. Not only is he seeking funding to hire a full-time placement officer, he’s taking advantage of his network of inspired students.

“We’re using social media sites like LinkedIn to connect students to jobs,” he says. “But my students are also motivated to provide leads for other students, and they’re working together to get hired.”

Nancy Null, support and training manager at Towson University Cisco Academy Support & Training Center, has watched the academy grow and believes Joseph is at the heart of revitalizing Baltimore’s workforce, which has suffered as automobile and steel-working jobs moved overseas or disappeared.

In the last half century, Baltimore lost 300,000 residents, leading to service shutdowns and a rise in crime and poverty. A combined effort from citizens like Joseph, the city, and companies like Cisco are helping to change that.

“The success of Bridging the Digital Divide is because of the commitment and dedication, interest in students, customized curriculum, and showcasing of students that Joseph provides,” she says. “Instructors are the cornerstone of Cisco Networking Academy.” 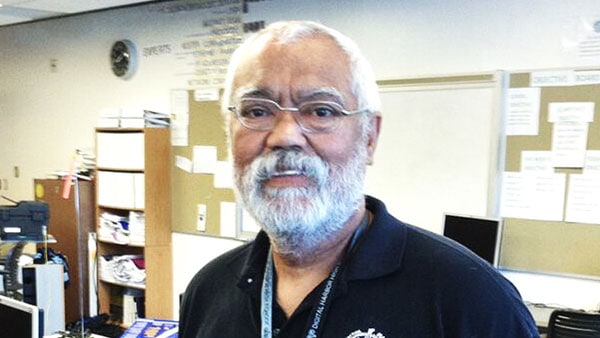 See how Joseph inspires high schoolers to pursue IT careers. 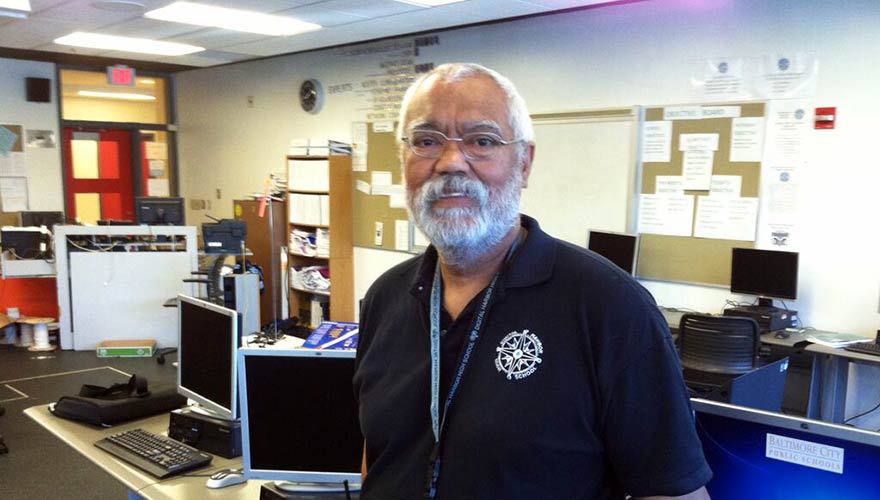 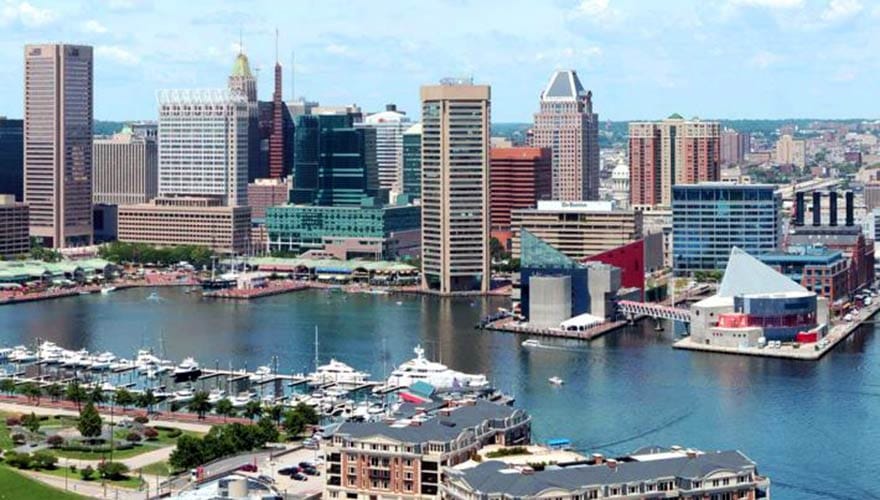 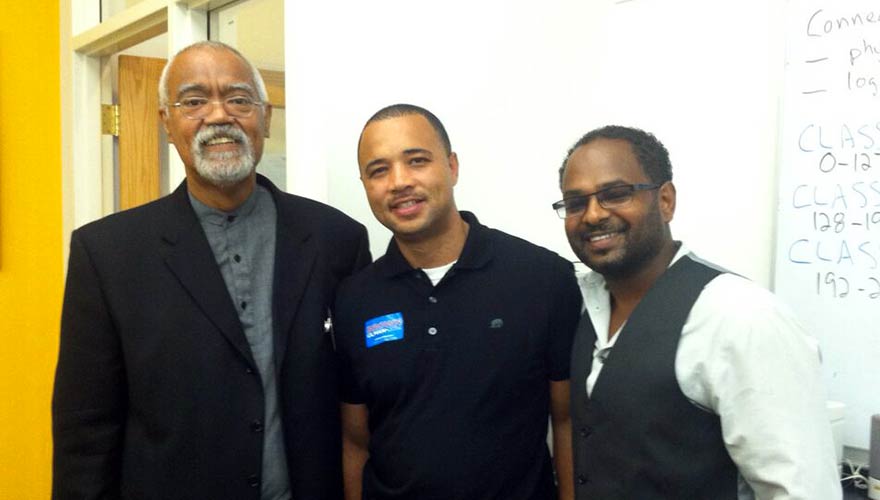 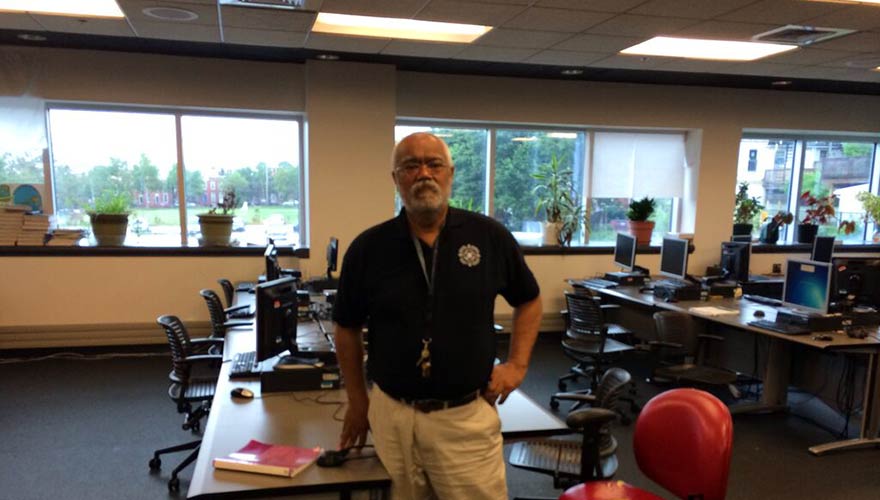 NetAcad is changing careers, education, business, and the world.

Cisco CSR combines the power of human collaboration to benefit communities and the planet.
Follow Us
NewsroomEventsBlogsCommunity
About Us
Contact Us
Work with Us
Cisco Sites