This chapter provides details about spanning tree design in the data center.

The ability to extend VLANs across the data center is not only necessary to meet application requirements such as Layer 2 adjacency, but to permit a high level of flexibility in administering the servers. Many customers require the ability to group and maintain departmental servers together in a common VLAN or IP subnet address space. This makes management of the data center environment easier with respect to additions, moves, and changes.

For example, consider a medium-to-large data center environment where rows of servers cover a fairly large area. The HR department might have a small cluster of web and application servers physically located in rack 4 of row A in the main data center. They need to add another server that requires Layer 2 adjacency with the existing application cluster. All available space in row A is currently filled. The new server is physically located in row F, which is currently served by a different access layer switch. Because the data center design uses a Layer 2 loop-based topology, it is quite simple to add the new server port in row F by extending the VLAN to the associated access layer switch. Without this type of data center topology, the new server would have to be physically moved or located closer to the existing access layer switch, which can be disruptive and does not provide a very flexible or scalable data center design. This example demonstrates the type of flexibility that is becoming increasingly important in the data center.

Efforts to consolidate many data centers into a few is also driving the need for larger Layer 2 domains. As data centers become larger, the geographical distance between servers is increasing, creating more opportunities for the need to extend VLANs. Customers want to meet server installation requirements without the need to place them in the same physical proximity. There are many factors associated with having to physically rearrange servers in the data center, including such things as labor and administrative costs, and possible server downtime, driving up the overall total cost of ownership.

Table 5-1 provides an example of a 4000 server data center design.


With a triangle loop access topology, the modular access requires a total of 40 uplinks (20 per agg switch) while the 1RU requires 168 for the same number of servers. This can have a large impact on the spanning tree processing at the aggregation layer. A subsequent section of this chapter covers how uplinks affect the total spanning tree logical and virtual port counts, which can impact performance and stability of a Layer 2 looped design.

When using a Layer 2 looped topology, a loop protection mechanism such as a Spanning Tree Protocol (STP) type is required. STPs automatically break loops, preventing broadcast packets from continuously circulating and melting down the network. The STPs recommended in the data center design consist of 802.1w-Rapid PVST+ and 802.1s-MST. Both 802.1w and 802.1s have the same quick convergence characteristics but differ in flexibility and operation.

In a Layer 2 looped topology design, spanning tree processing instances are created on each interface for each active VLAN. These logical instances are used by the spanning tree process in processing the spanning tree-related packets for each VLAN. These instances are referred to as active logical ports and virtual ports. Both active logical ports and virtual ports are important values to consider in spanning tree designs because they affect STP convergence time and stability. These values are usually only of concern on the aggregation layer switches because they typically have a larger number of trunks and VLANs configured than other layers in the data center topology. The rest of this section is focused on these values in the aggregation layer for this reason.

Active logical ports are a system-wide value that reflects the total number of spanning tree processing instances used in the whole system. This value can be determined by entering a show spantree summary total command on the console, as shown in Figure 5-1. 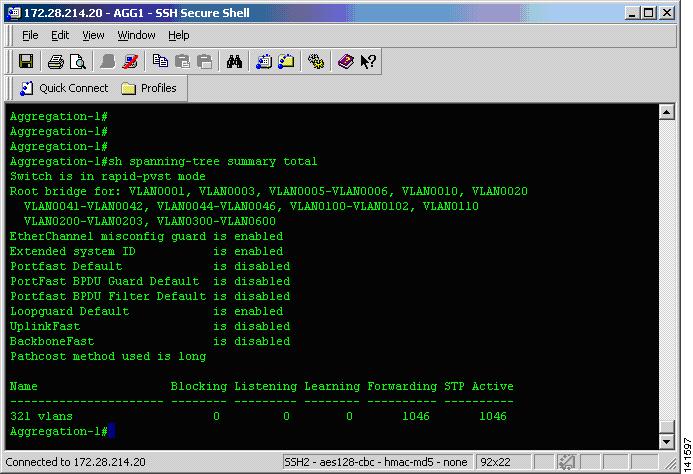 Virtual ports are a per-line card value that reflects the total number of spanning tree processing instances used on a particular line card. This value can be determined by entering a show vlan virtual-port slot X command on the console, as shown in Figure 5-2. 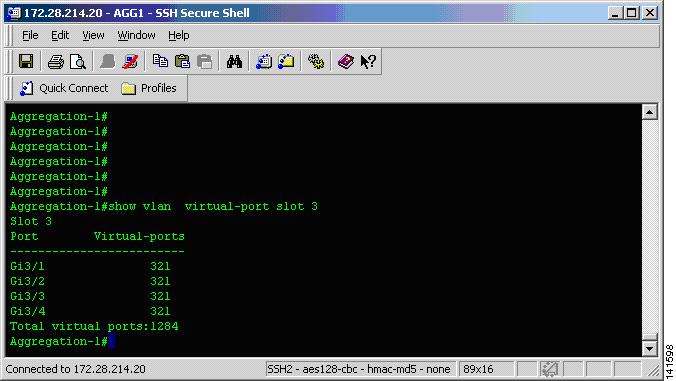 Table 5-2 shows the current maximum scalability for both 802.1w and 802.1s spanning tree protocols on the Cisco Catalyst 6500 Series switch when using a Sup720 supervisor module.

When designing a large data center using extended Layer 2 VLAN topologies, it is necessary to calculate the spanning tree logical and virtual ports in advance to ensure that spanning tree operates with optimal convergence and stability characteristics.

Figure 5-3 shows an example of calculating the active logical ports in an aggregation layer switch. 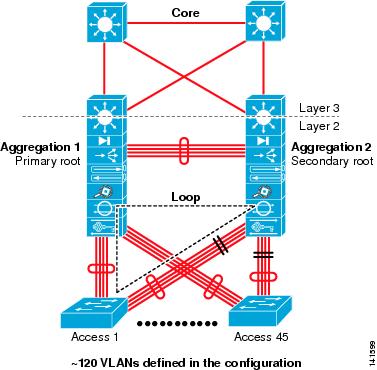 Figure 5-3 shows a pair of aggregation switches (single aggregation module) connecting to 45 access layer switches in a looped access topology using four Gig-EtherChannel 802.1Q trunks. This might seem like a large number of access switches to have on a single aggregation pair, but with 1RU switch implementations, this amount or more is not uncommon. The following formula is used to determine the total active logical interfaces on the system:

Using Figure 5-3 for example, the calculation for aggregation 1 and 2 is as follows:

An STP instance for all 120 VLANs defined in the system configuration is present on each trunk unless manual VLAN pruning is performed. For example, on each trunk configuration the switchport trunk allowed vlan X,Y command must be performed to reduce the number of spanning tree logical interfaces being used on that port. The VTP Pruning feature does not remove STP logical instances from the port.

Virtual ports are instances allocated to each trunk port on a line card. These ports are used to communicate the spanning tree-related state to the switch processor on the Sup720. A maximum number can be supported on each particular line card, as shown in Table 5-2. The following formula is used to determine the number of spanning tree virtual instances used per line card: 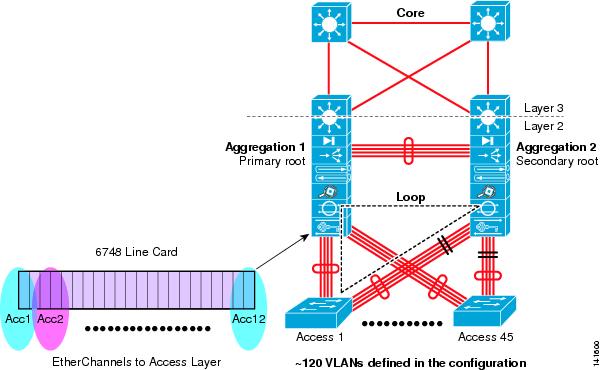 A similar example could show two 6748 line cards connecting to 24 access switches using distributed EtherChannel. The formula below applies equally to both scenarios.

Using Figure 5-4 for example, the calculation for the 6748 line card is as follows:

Virtual ports are allocated for each VLAN for every port participating in a trunk.

This value is well over the maximum values of 802.1w Rapid-PVST+ and very close to the maximum for 802.1s MST. This scenario experiences various issues such as long convergence times and possibly degraded system level stability.

Performing manual pruning on switchport trunk configurations—Although this can be somewhat cumbersome, it dramatically reduces the total number of both active logical and virtual port instances used.

Using 801.1s MST—MST supports a very large number of logical port instances and is used in some of the largest data centers in the world. The drawbacks of using MST are that it does not have as much flexibility as other STP protocols, such as Rapid-PVST+, and it might not be supported in certain service module configurations.

Refer to the Release Notes for information on MST interoperability with service modules.

Distributing trunks and non-trunk ports across line cards—This can reduce the number of virtual ports used on a particular line card.

Remove unused VLANs going to Content Switching Modules (CSMs)—The CSM automatically has all available VLANs defined in the system configuration extended to it via the internal 4GEC bus connection. This is essentially the same as any other trunk configured in the system. Although there is no officially documented method of removing unnecessary VLANs, it can be performed. Figure 5-5 provides an example of the steps to remove VLANs from the CSM configuration. Note that the "command rejected" output is not valid. 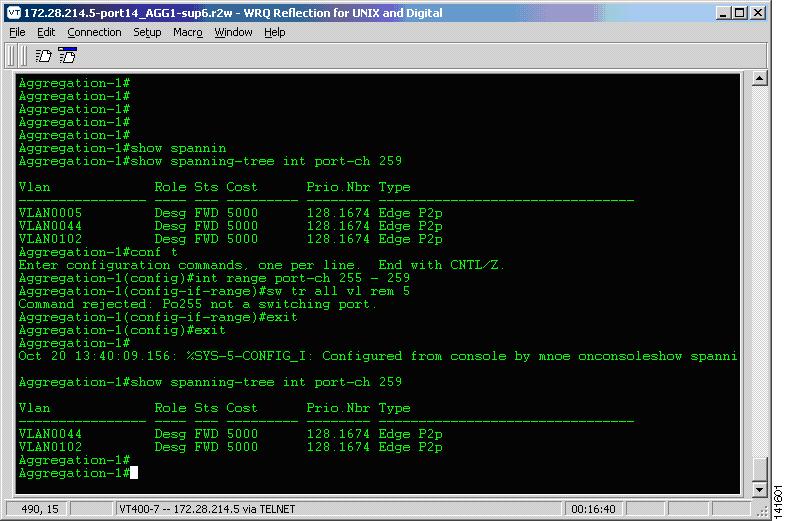 There is no way to view which VLANs are attached to the CSM module via the configuration on the CLI. The only way to determine which VLANs are present is with the show spanning-tree interface port-channel 259 command.