This chapter provides an overview of the Cisco HX220c M4 HyperFlex Node features:

Links for related Cisco HyperFlex Systems documentation such as the Getting Started Guide, Administration Guide, and Release Notes are listed in the Documentation Roadmap.

The figures in this chapter show an overview of external node features. 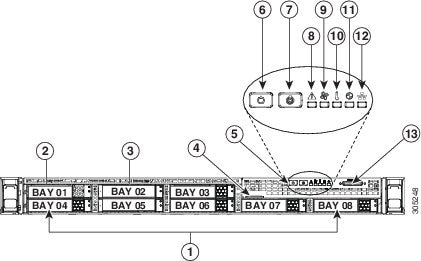 This section shows the locations of the field-replaceable components. The view in Figure 1-3 is from the top down with the top cover and air baffle removed. 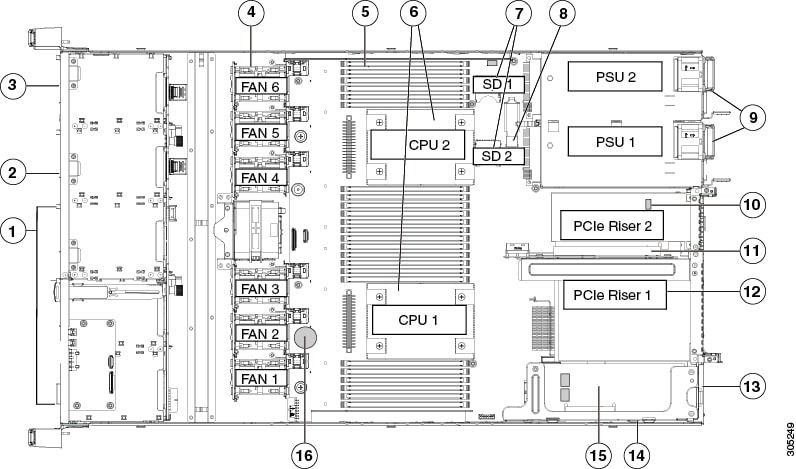 Note the following considerations and restrictions: