Cable Monitor and Intercept Features for the Cisco CMTS Routers

The Cable Monitor and Intercept features for Cisco Cable Modem Termination System (CMTS) routers provide a software solution for monitoring and intercepting traffic coming from a cable network. These features give service providers Lawful Intercept capabilities, such as those required by the Communications Assistance for Law Enforcement Act (CALEA).

Restrictions for Cable Monitor and Intercept

Information About Cable Monitor and Intercept

Cisco CMTS routers support the following two complementary commands to intercept traffic being sent or received over a cable interface:

See the following sections for more information about these commands.

Overview of the cable intercept Command

The cable intercept command forwards all traffic to and from a particular MAC address on a specific cable interface to a data collection server at a particular IP address and User Datagram Protocol (UDP) port. This command examines the source and destination MAC addresses of each Ethernet frame that is transmitted over the selected cable interface, and when a match is found, a copy of the frame is encapsulated within a UDP packet and forwarded to the specified server.

This command can be used to comply with the United States Federal Communications Assistance for Law Enforcement Act (CALEA) and other Lawful Intercept requirements for voice communications. For specifics on CALEA Lawful Intercept, see the PacketCable Electronic Surveillance Specification , as listed in the Additional References.

This command requires that the law enforcement agency (LEA) provide a server at the specified IP address with an application that monitors the given UDP port and collects all of the data sent to that port. The choice of this application is up to the LEA. Although this application could be as simple as a packet sniffer, typically the LEA would desire a more complex application that could reconstruct the user’s original data or voice traffic.

Overview of the Cable Monitor Command

The cable monitor command sends copies of packets for specific types of traffic that is sent over a particular cable interface to a LAN analyzer, for use in troubleshooting network problems. This command can select packets to be forwarded using one or more of the following parameters:

In addition, the cable monitor command can forward full DOCSIS packets, or it can strip the DOCSIS headers and forward only the Ethernet frames. Packets can also be timestamped to aid in troubleshooting. The packets are then forwarded out of the specified Ethernet or Fast Ethernet port to the LAN analyzer for additional analysis.

The figure below illustrates a LAN packet analyzer attached to a Fast Ethernet port in a DOCSIS two-way configuration. 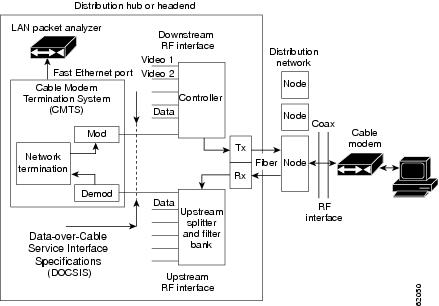 Table 1 lists the objects in the MIB, as well as restrictions for the Cisco uBR10012 CMTS other than those listed in the MIB itself.

3 This means the restriction is across all Cisco platforms, not just Cisco CMTS platforms.

The cable intercept command helps the CMTS or network administrator to:

Monitoring upstream and downstream data packets with the cable monitor command helps the CMTS or network administrator to:

SII, with SNMPv3, helps the CMTS or network administrator, in conjunction with law enforcement, to:

How to Configure Cable Intercept and Monitoring Features

To enable the cable intercept feature on a particular cable interface, use the following procedure, starting in privileged EXEC mode.

To enable the cable traffic monitoring feature on a particular cable interface, use the following procedure, starting in privileged EXEC mode.

To display information about the operation of the cable intercept and cable monitor commands, use the following procedures:

Starting with Cisco IOS Release 12.2(33)SCA and later, use the show interface cable cable-monitor command to display information about what traffic is being sent to the external LAN analyzer:

The following examples illustrate sample configurations of the cableintercept and cablemonitor commands and features on the Cisco CMTS:

This section contains the following examples that illustrate the Cable Monitor feature on the Cisco CMTS:

The following example of the cable monitor command on a Cisco uBR7114 router monitors packets with the MAC address of 0002.b9ff.8c00. Both upstream and downstream packets are forwarded to a LAN analyzer on the router’s Fast Ethernet interface (FE0/0).

The following example of the cable monitor command monitors Ethernet, MAC-layer, and DOCSIS-data packets with the MAC address of 0003.e3fa.5e8f, adding a timestamp to the packets before forwarding them to the LAN analyzer.

This example shows sample DOCSIS packets that have been captured by the cable monitor command and forwarded to a LAN analyzer. The hexadecimal dump for the first packet is the following:

The relevant DOCSIS bytes are the following:

The hexadecimal dump of the next packet is the following:

This packet has a MAC message type of 05, indicating a Ranging Response (RNG-RSP) message.

The following example shows how to interpret the four-byte timestamp that is appended to packets that are forwarded by the cable monitor command when using the timestamp option. The following hexadecimal dump shows the 64-byte contents of the first MAP message packet being examined:

The relevant portions of this packet are the following:

4 Not all standards supported by this release are listed.

5 Not all MIBs supported by this release are listed.