For information on installing an inline adapter in your WAVE-294, see the "Installing a Cisco WAVE Interface Module" section on page 4-1.

For adapter specifications, see Table A-2 in Appendix A.

The copper Gigabit Ethernet Interface Module is available in 4 or 8 ports. Both models support bypass. (See Figure 5-1 and Figure 5-2.) 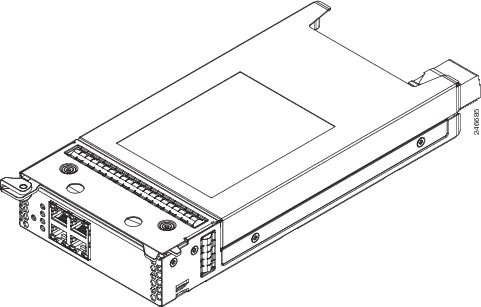 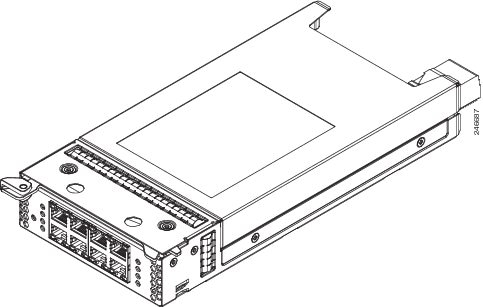 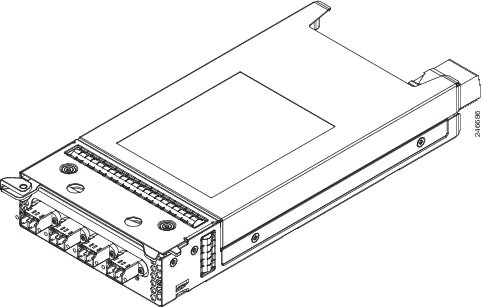 When you configure the WAVE appliance for inline interception mode, you can set attributes to control which interfaces are to be used over which VLANs. By default, the module operates on all inline-capable interfaces and VLANs. You can configure the inline redirection feature using the WAAS CLI or the WAAS Central Manager GUI.

Throughout this section, we refer to a WAVE appliance configured for inline interception mode as a WAVE inline appliance.

InlinePort interfaces are numbered slot/group/lan or slot/group/wan. The last attribute is the LAN or WAN designator.

The inline network adapter also includes an onboard programmable watch dog timer (WDT) controller that allows you to set the time to wait after a failure event, such as a power outage or a kernel crash, before the unit begins to operate in mechanical bypass mode. This can be configured using the inline failover timeout global configuration command:

The Interface Module has an LED that corresponds to each port. Table 5-1 describes the LEDs.


Figure 5-6 shows the Gigabit Ethernet ports and LEDs for the 4-port and 8-port Copper Interface Module.

The Interface Module has an LED that corresponds to each port. Table 5-3 describes the LEDs.

The Interface Module ships with two types of cables: crossover and straight-through. When you connect the WAVE inline network adapter, the cable that you use depends on the link speed (Gigabit Ethernet or Fast Ethernet) and the types of devices (DCE or DTE) being connected.

Table 5-4 shows the cable requirements for WAVE appliance and non-WAVE appliance connections when you are using Gigabit Ethernet end to end.


Some switches support automatic medium-dependent interface crossover (MDIX). You can configure MDIX by using the mdix auto global configuration switch command. If your switch supports MDIX, you do not need to follow these cabling rules because MDIX automatically adjusts transmit and receive pairs when an incorrect cable type (crossover or straight-through) is installed on a 10/100 Fast Ethernet port. However, when you configure MDIX, you must also configure the port to use autosense (not manual selection of speed/duplex).

If you are connecting to Fast Ethernet ports on both the LAN and the WAN sides of the WAVE inline appliance, you must consider the types of devices that are being connected, and you must use the correct cables. You must follow these cabling instructions for the inline network adapter to work properly. (See Table 5-5. For illustrations and examples, see the "Installation Scenarios and Cabling Examples for Fast Ethernet Connections" section.)

Determine the type of cable that you would use for a direct connection between your two end devices (without a WAVE inline network appliance connected between them) by using the following standard cabling rules:

When you are directly connecting two network devices that are similar, such as two switches, use a crossover cable.

When you are directly connecting two network devices that are different, such as a switch and router, use a straight-through cable.

Because the inline network adapter has an internal crossover connection that becomes active when the InlineGroup interface is placed in mechanical bypass mode, you must decide which cable you would use to connect the two network devices directly, and then you must install the other cable type (on one side, usually the WAN side of the inline appliance) instead.

Table 5-5 shows the cable requirements for WAVE and non-WAVE connections when you are using Fast Ethernet end to end.

Connect Fast Ethernet ports on both the LAN and the WAN sides of the WAVE inline appliance by using the following cable types:

On the LAN side of the connection, use a straight-through cable between the WAVE inline appliance and the network device.

On the WAN side of the connection, use the cable that is different from the cable that you would use to connect the two network devices directly (as determined in Step 1).

For example, if you are connecting a router and a switch (two different devices) through the WAVE inline appliance, use a straight-through cable on the LAN side of the connection and use a crossover cable on the WAN side of the connection. (If you were connecting the two different devices directly, you would use a straight-through cable, so use the crossover cable instead.)

If you are connecting two switches (or two similar devices), use straight-through cables on both the LAN and the WAN sides of the WAVE inline appliance.

Figure 5-8 through Figure 5-10 show which cables to use for the WAVE LAN and WAN connections between Fast Ethernet ports.

The following three SFP+ pluggable transceiver modules are supported for use with the 2-port Fiber Optic 10 Gigabit Ethernet Interface Module:

Transceivers not supported will be rejected by the software.

For fiber cable length reach and IEEE standards for the supported transceivers, refer to the pluggable 10G optics data sheet on Cisco.com:

If you are connecting a WAVE inline appliance between two devices using Gigabit Ethernet, you can use either straight-through cables, crossover cables, or any combination of the two cable types, regardless of the type of device. This section shows cabling examples for Fast Ethernet connections only, because Fast Ethernet has specific cabling requirements.

Two WAVE appliances with inline network adapters can also be installed back-to-back in a serial fashion between two network devices for failover purposes. In this serial cluster configuration, if one WAVE appliance fails, the other WAVE appliance can provide optimization. (See Figure 5-9.)

When you connect two WAVE inline appliances to each other serially, always use a crossover cable between the two WAVE appliances. (See Figure 5-10.)