The Smart Network Application (SNA) is a system that displays an overview of the network topology including detailed monitoring information for devices and traffic. SNA enables viewing and modifying of configurations globally on all supported devices in the network.

This article explains the available Overlay options that you can view from the SNA Topology.

Note: For more information about the Topology View of the SNA, click here. 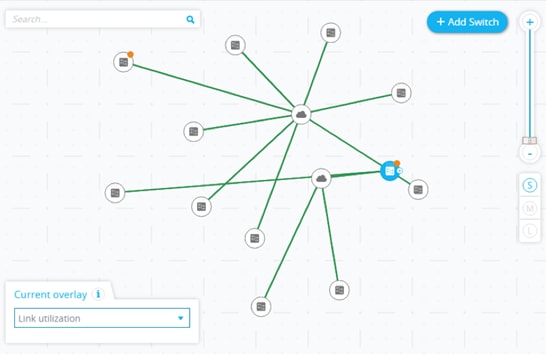 Only one overlay can be active at a time. Therefore, selecting an overlay deactivates any other active overlay. You can choose the overlay that you want to use from a list of available overlays below:

The Link Utilization overlay adds information to the Topology Map and Connection Explorer screens regarding the current utilization level for the last 15 seconds of the connections in the network. The connections and links are color-coded, according to the volume of traffic that flows in them in both directions. 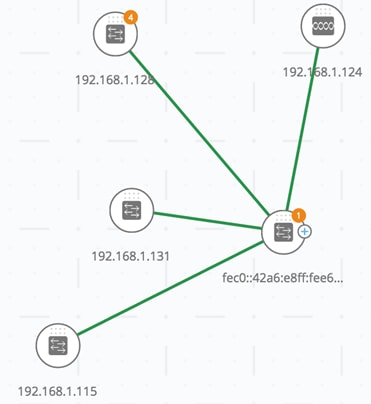 By default, the following are the thresholds and their corresponding colors: 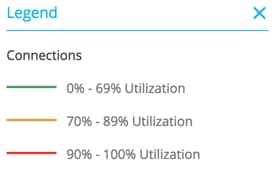 Connections between devices in the topology view are colored according to the most heavily utilized individual link in the connection. When viewing the Connection Explorer, each link shows its own utilization in both directions. 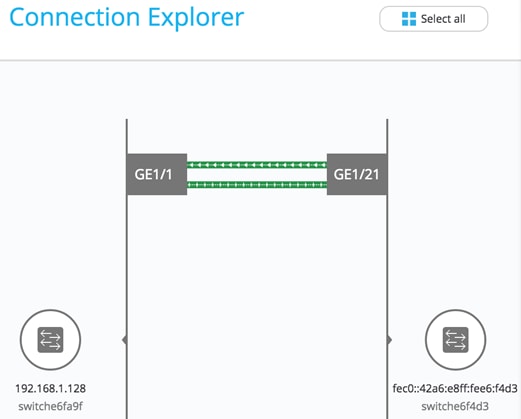 The utilization for each direction of a link is calculated by checking the information from both sides, such as if the link is between SNA-capable devices and if it is using the higher value as the utilization.

For example, if a link is between Port 1 of Device A and Port 2 of Device B, the calculation of one direction is a comparison between the Transmit (Tx) value of Port 1 and the Receive (Rx) value of Port B. The higher value determines the utilization of the link.

The Power over Ethernet (PoE) overlay displays the power supply and consumption status of the elements in the network. This overlay applies colors to links based on the amount of power provided by the link to power-supplying devices based on their remaining power. The overlay also highlights devices requesting power that are not receiving the power requested. The user can select the thresholds where these colors change for each type of data, and the specific colors used for each threshold reached. 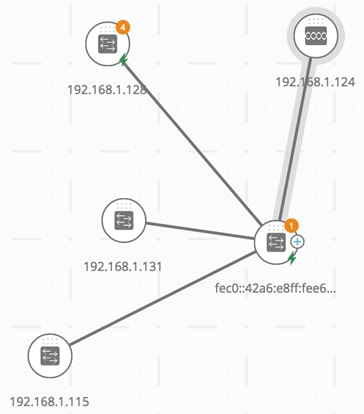 An icon is added to power-supplying switches, and is colored according to the switches power budget consumption.

Devices receiving power over Ethernet are surrounded by a halo.

Connections containing at least one link over which power is supplied are highlighted in the topology map.

In the Connection Explorer, each link transferring power displays an indication of providing power, and the direction of the power flow. This indication is displayed per port, even if the link is in a Link Aggregation (LAG). It is possible that some links in a LAG provide power while others do not. 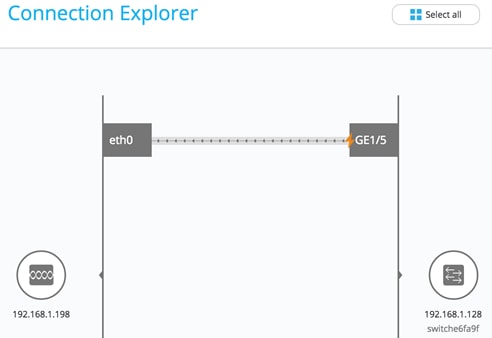 Some overlays may have parameters associated with them, such as the VLAN Membership overlay. For example, when you select the VLAN Membership overlay, you must also select a corresponding Virtual Local Area Network (VLAN). This overlay enables viewing of the VLAN memberships of various ports and devices in the network. For example, in the image below, the amber lines show asymmetric connections, meaning where one end of the link is a member in the selected VLAN and the other end is not.

When activating the VLAN Membership overlay, a list of existing VLANs in the network is displayed and listed by VLAN ID. When you select a VLAN, node, which are members in this VLAN, are highlighted. 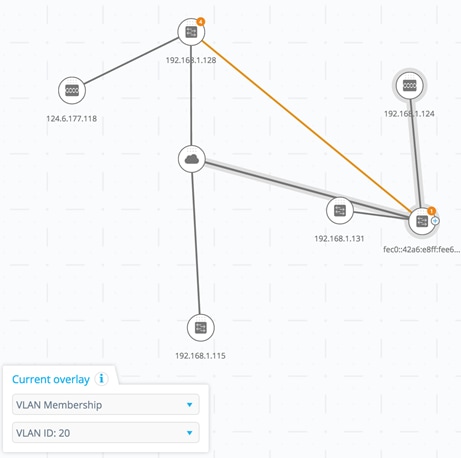 The links between devices are displayed in one of the following states:

The connection between aggregation of links (LAGs) between devices in the topology map is marked according to the following rules: 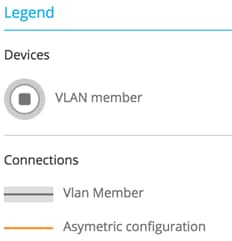 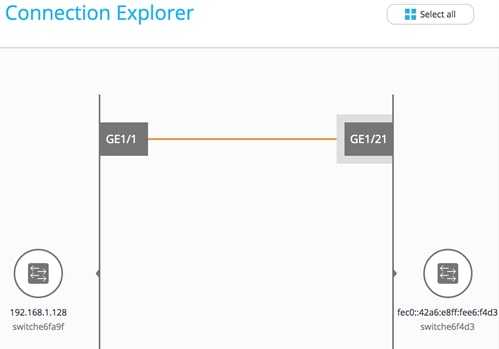 The Spanning Tree overlay displays the active topology of the network. When this overlay is activated, an indication is added to the spanning tree root device and all connections. This indication highlights the links that are blocked by the common spanning tree. 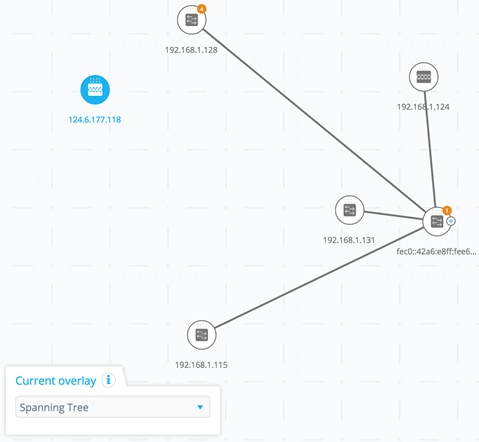 When viewing a Connection Explorer, all blocked links are highlighted. 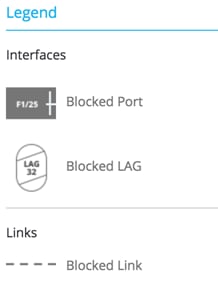 When a link is blocked, the Connection Explorer specifies which end of the link is the blocked interface. 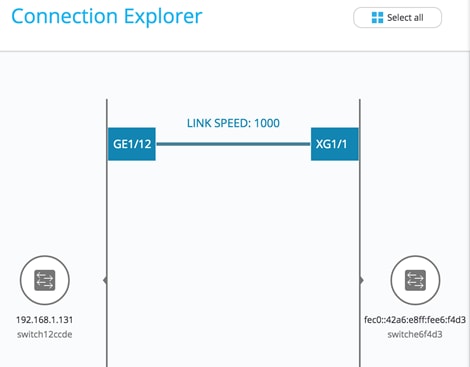 Note: In this example, there is no blocked interface.