This article provides instructions on how to configure MAC-Based groups on a Cisco Business 350 series switch.

If you are unfamiliar with terms in this document, check out Cisco Business: Glossary of New Terms.

Configure MAC-Based VLAN Groups to VLAN on the Switch

Important: Before proceeding with the instructions below, make sure a MAC-Based VLAN group has already been configured. For instructions, click here. 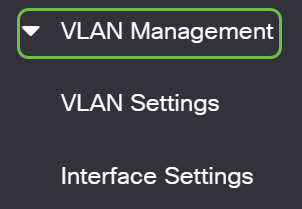 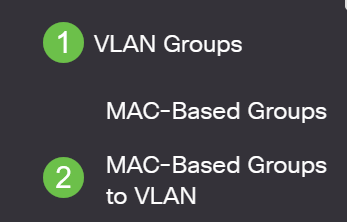 In the Mapping Group to VLAN Table, click the add icon. 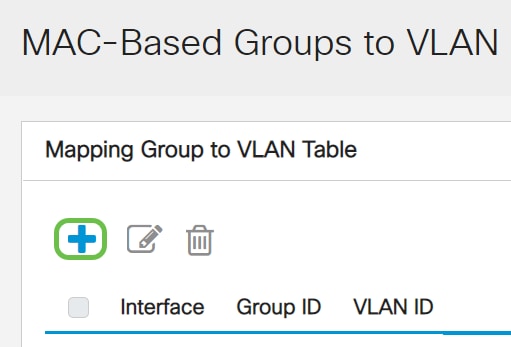 Fill out the Interface, Group ID, and VLAN IDfields.

The type of the group is displayed in the Group Type area automatically. Click one of the following interface type radio buttons in the Interface area to which the VLAN MAC-based group is assigned and choose the desired interface from the drop-down list.

From the Group ID drop-down list, choose the MAC-Based VLAN Group ID to filter the traffic through the chosen port or LAG.

To learn how to configure VLAN settings on your switch, click here for instructions.

Click the save icon in the top right corner of your screen. This will save the settings to the startup configuration file.

You should now have mapped a MAC-Based VLAN group to a VLAN on your switch. 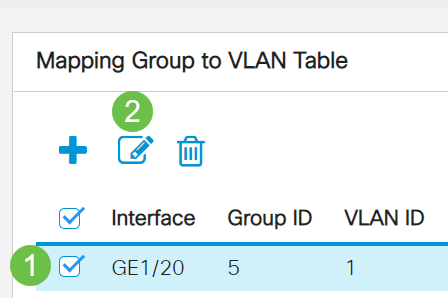 Click the save icon to save settings to the startup configuration file.

The MAC-Based VLAN group mapping should now have been edited from your switch. 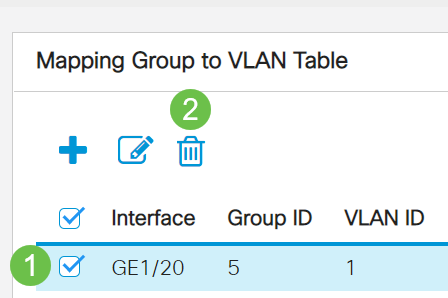 Click Save to save settings to the startup configuration file.

The MAC-Based VLAN group mapping should now have been deleted from your switch.

You should now have configured MAC-Based VLAN groups to VLAN on your switch.