This document will explain how to create Cisco ACS Tacacs+  authentication and authorization profiles with different privilege levels  and Integrate it with 5760 for access to WebUI. This feature is supported from 3.6.3 onwards (But not on 3.7.x at time of this writing).

It is assumed that the reader is familiar with Cisco ACS and Converged Access controller configuration. This document only focuses on the interaction between those 2 components in the scope of tacacs+ authorization.

Click on "Users and Identity Stores", then select "Users".

Click "Create" and configure a few test users such as illustrated below.

You need to create 2 profiles for the 2 different types of access .Privilege 15 in the cisco tacacs world means providing full access to the device without any restriction. Privilege 1 on the other hand will allow you to login and execute only a limited amount of commands .Below is a short description of the levels of access provided by cisco.

privilege level 1 = non-privileged (prompt is router>), the default level for logging in

privilege level 15 = privileged (prompt is router#), the level after going into enable mode

On 5760, levels 2-14 are considered the same as level 1. They are given the same privilege as 1. Do not configure tacacs privilege levels for certain commands on the 5760. UI access per tabs is not supported in 5760. You can either have full access (priv15) or only access to the Monitor tab (priv1). Also, users with privilege level 0 are not alowed to login.

Using the below print screen create that profile :

Create a new one.

Go in the "Common Tasks" tab and set the default and maximum privilege levels to 15. 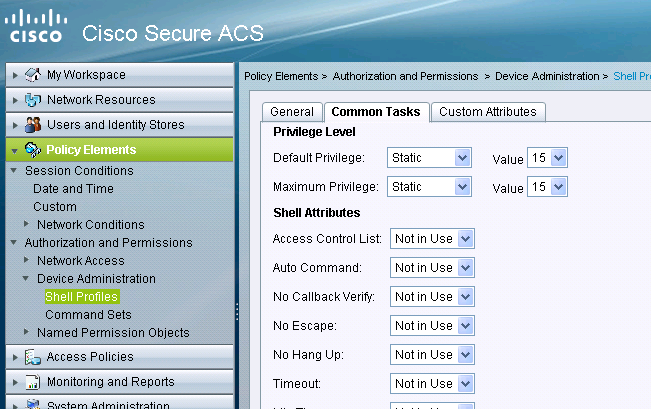 Command sets are sets of commands used by all the tacacs devices.They can be used to restrict the commands that a user is allowed to use if assigned that specific profile. Since on the 5760, restriction is done on the Webui code based on the privilege level passed, the command sets for both privilege level1 and 15 are the same. 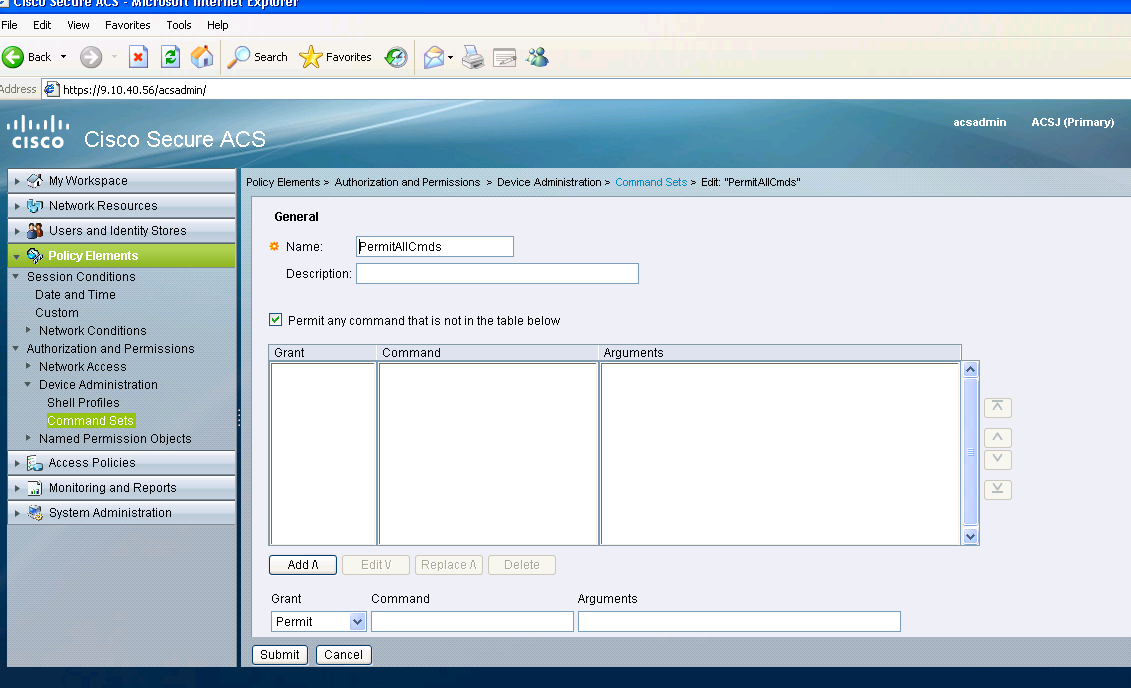 Create another shell profile for read-only users. This profile will differ by the fact the privilege levels are set to 1. 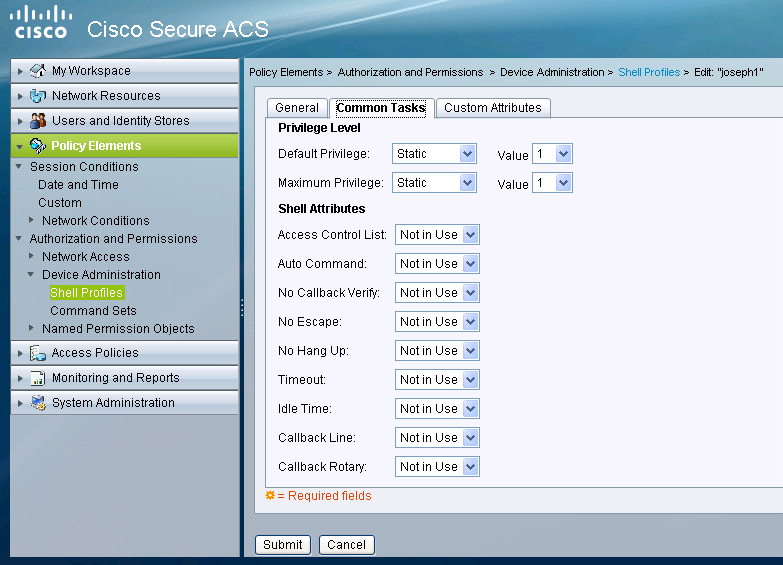 Create a service selection rule to match the tacacs protocol

Depending on your policies and configuration, make sure that you have a rule matching tacacs coming from the 5760. 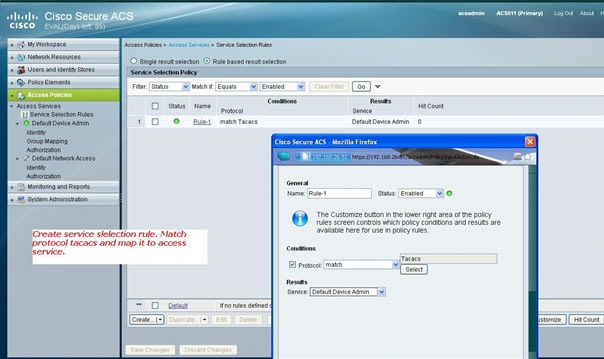 The Default Device Admin policy used with tacacs protocol selection is selected as part of the evaluation policy process. When using tacacs protocol to authenticate, the service policy selected is called Default Device Admin policy. That policy in itself comprises 2 sections . Identiy means who the user is and what group does he belong to (local or external) and what he is allowed to do according to the authorization profile configured. Assign the command set related to the user you are configuring. 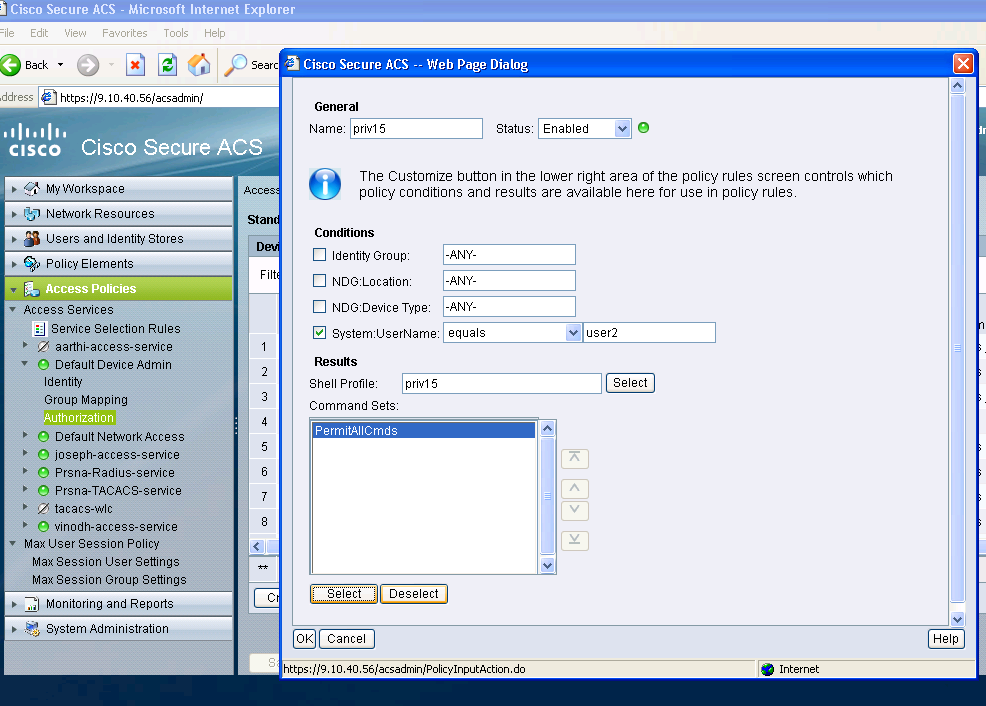 The same is done for read-only users. This examples configure the privilege level 1 shell profile for user 1 and the privilege 15 to user 2. 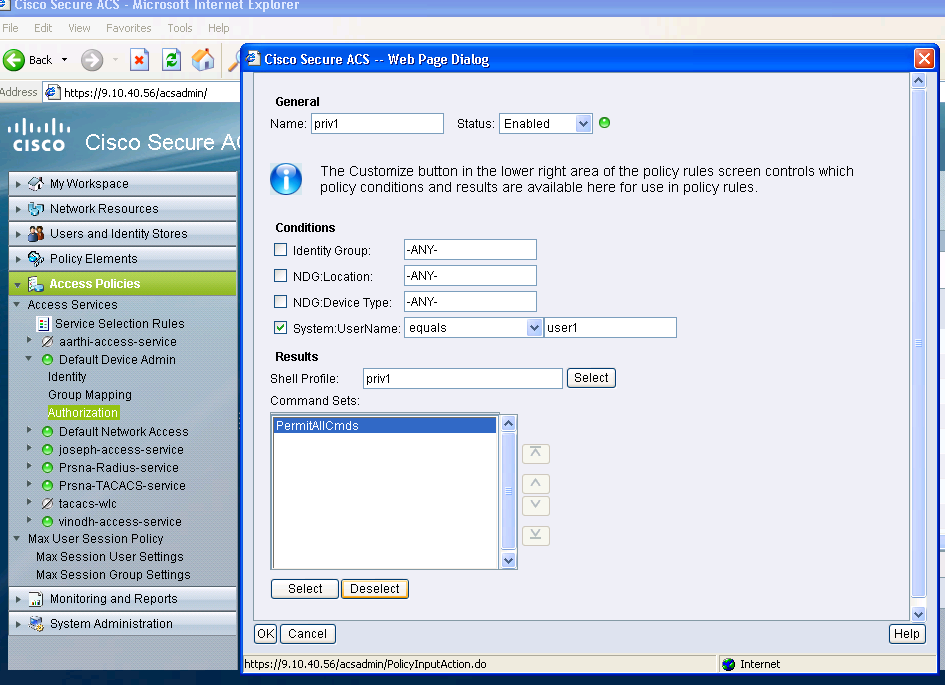 Configuring the 5760 for tacacs

There are no pre-requisite until the above step.

The above 3 commands and all other authentication and authorization parameters should be using the same database, either radius/tacacs or  local

For example, if command authorization needs to enabled, it also needs to be pointing to the same database.

aaa authorisation commands 15 <method-list> group <srv-grp>   ——> the server group pointing to the database (tacacs/radius or local) should be the same.

Accessing the same 5760 with the 2 different profiles 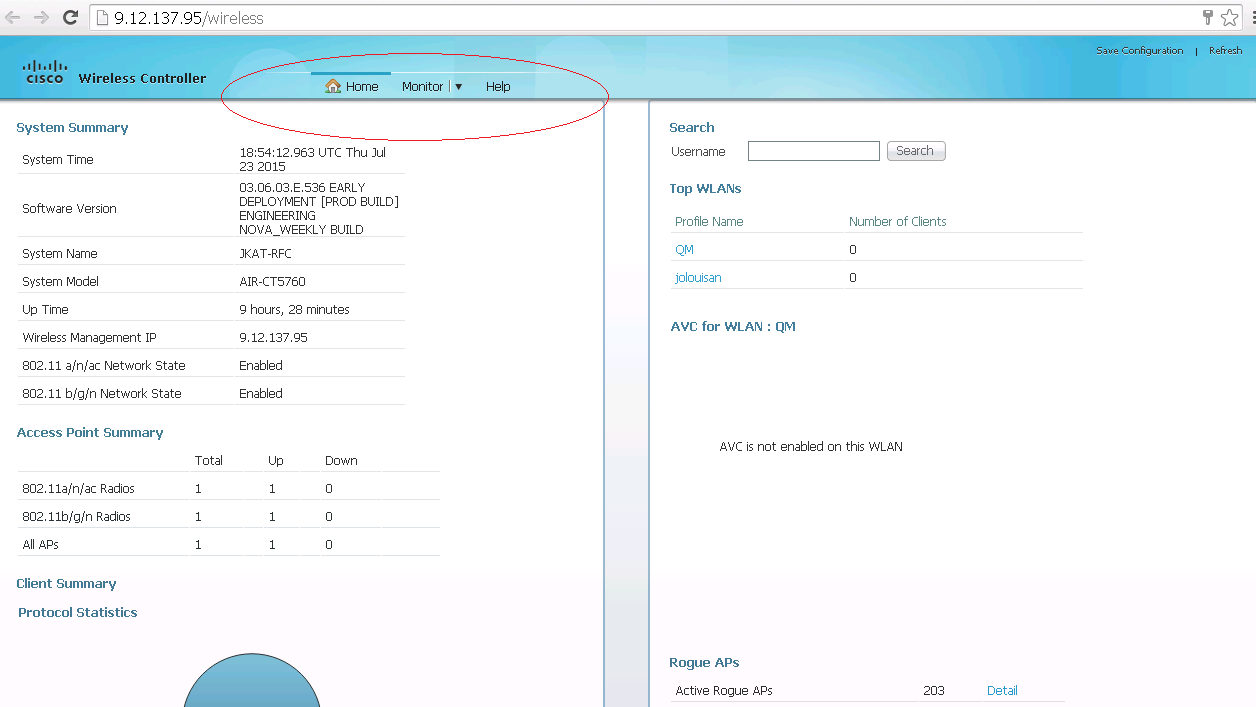 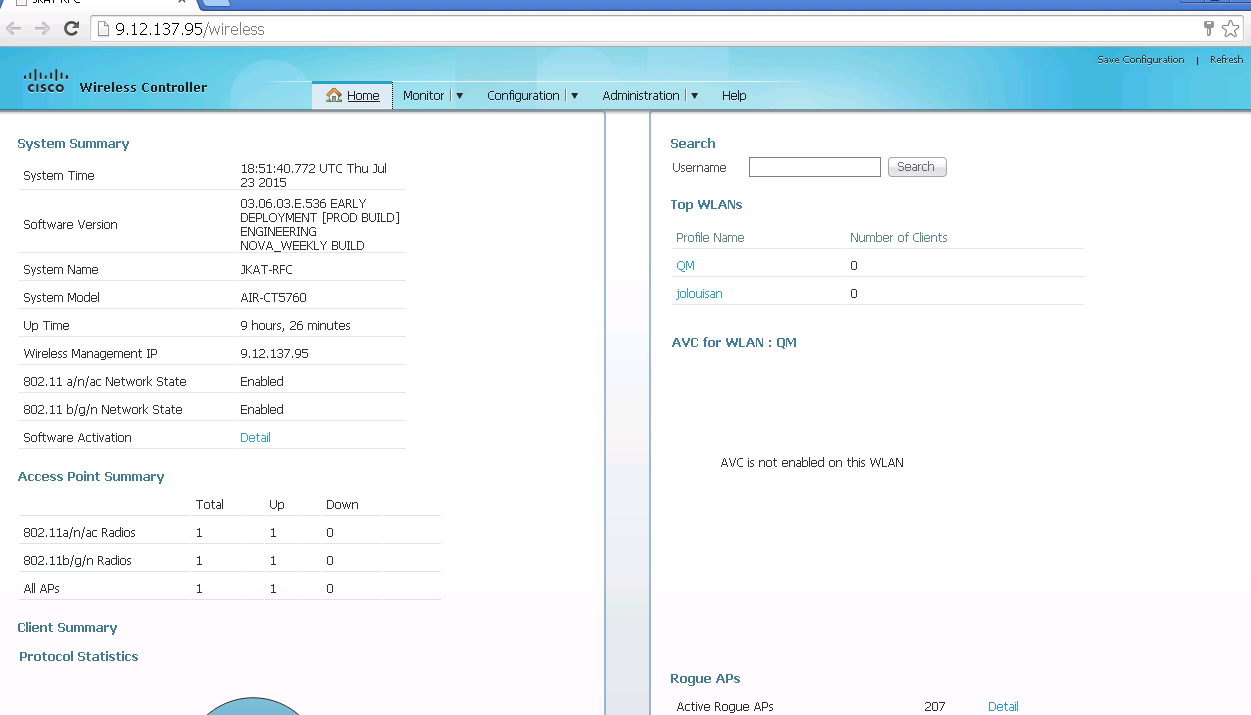