This document describes the packet flow of the Any-Source Multicast (ASM) Model.

The ASM is the model in which the receiver does not have the knowledge of sender. It means it can receive traffic from any source. Receiver is only aware of the multicast group that sender uses and Internet Group Management Protocol (IGMP) in order to subscribe to receive all the traffic destined for this address.

All of this is covered in this document:

1. What happens when Receiver is active.

2. What happens when Source is active.

3. What happens when Register is received at Rendezvous Point (RP).

5. Which path it takes for the first Multicast Stream.

6. What happens when two streams receive at the Last Hop Router (LHR).

7. How Shortest Path Tree (SPT) is formed over Shared Tree. Exactly what happens and the reason why the switchover takes place.

Protocol Independent Multicast (PIM) is used as a multicast routing protocol between source and receiver to create the multicast tree. In ASM, (*,G) multicast entry is used where * represents any-source and G is the multicast group address receiver that is interested in order to receive the traffic.

Step 1. When Receiver is Active, it Sends IGMP Report Message

LHR is consider the last-hop router because it has the C flag in the (*,G) entry which means that it has directly connected receiver (in fact in this case it is himself with the use of the igmp join group command). 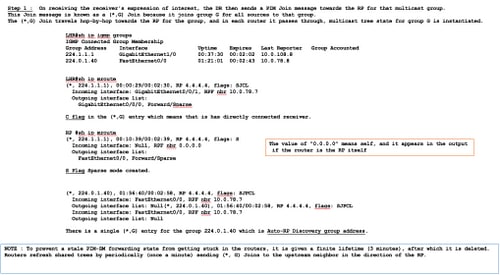 Step 2. When Source is Active 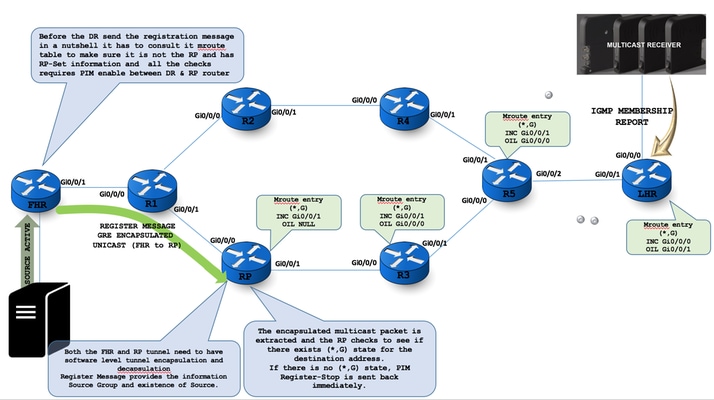 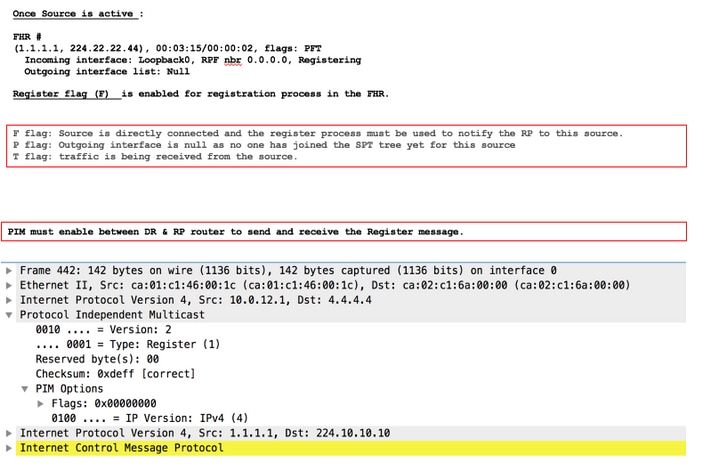 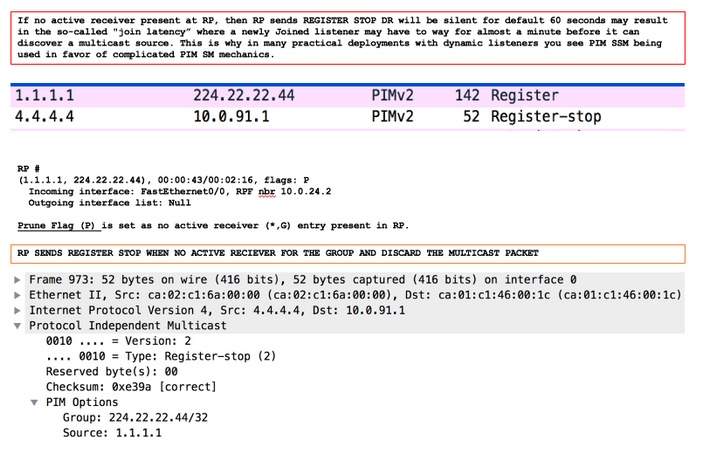 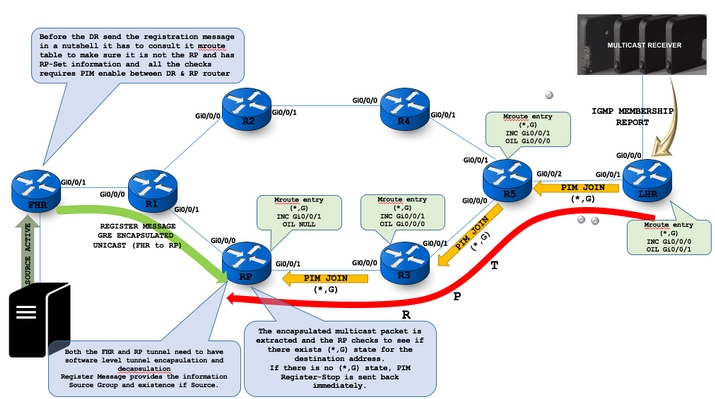 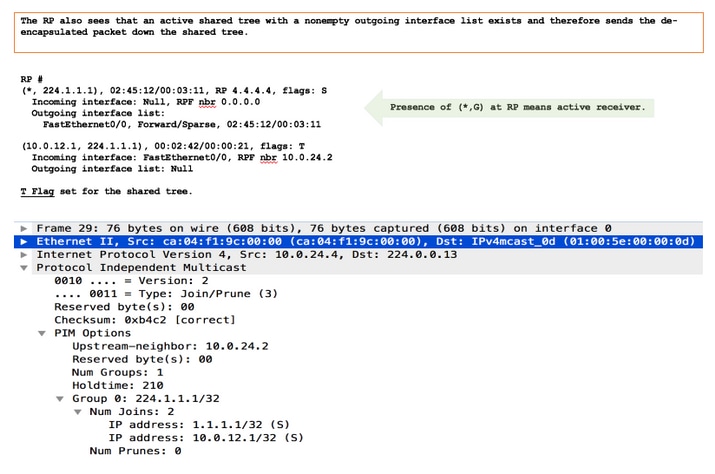 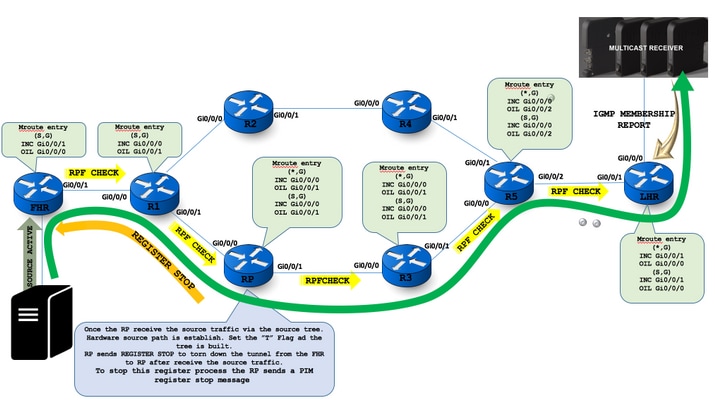 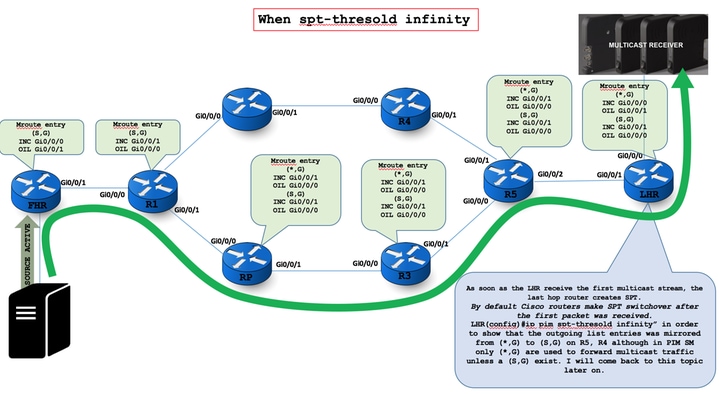 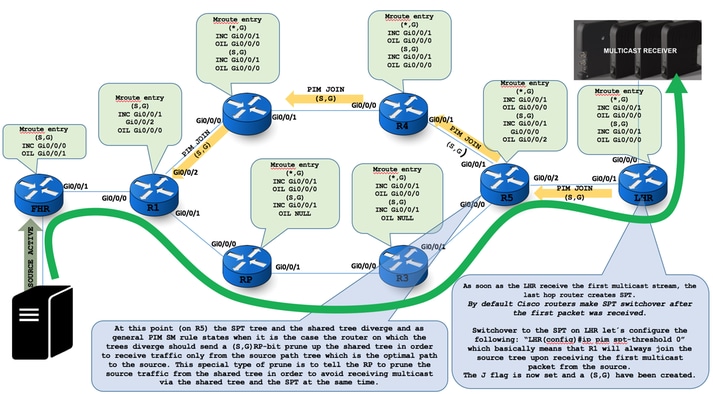 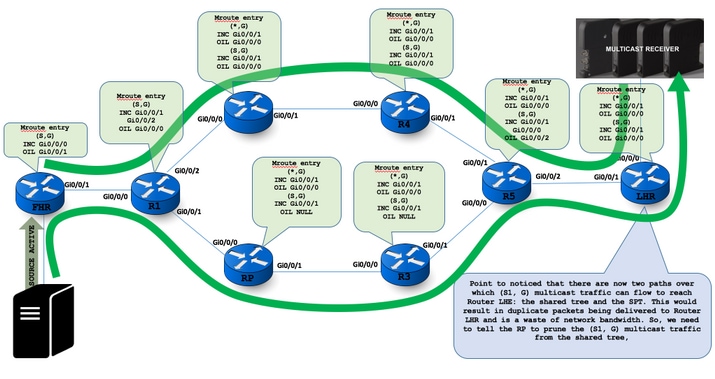 After receipt of two streams of Multicast Traffic, the LHR starts to receive the traffic from SPT and sends prune message towards the Shared tree.

The J flag means the respective (*,G) state is to switch the SPT by the leaf router.

The “F” flag is typically found for the states created at the PIM DR router – it signalizes the forwarding states that correspond to the flows that are registered with the RP. If the “F” flag persists, then your router is most likely unable to receive the PIM Register-Stop messages back from the RP, and thus there are sources that have not switched to the SPT. 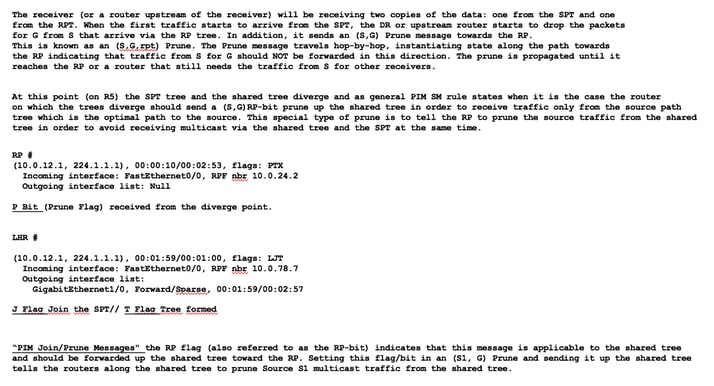 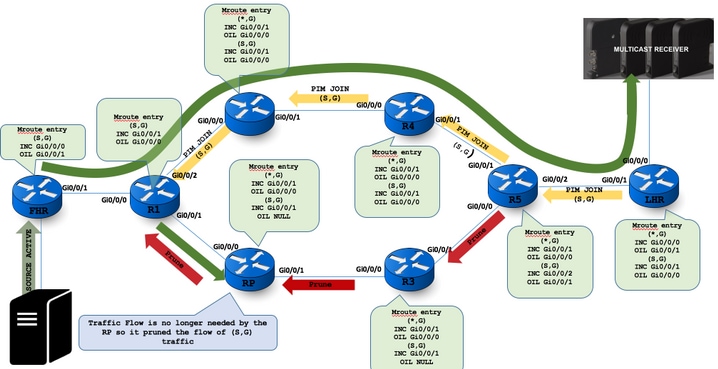