In the era of the Internet of Things (IoT) and social networking, agility is one of the key requirements for business success. Critical applications must be flexible and adaptable to respond to changing requests without delays. To help you achieve these goals within your organization, Cisco offers an innovative approach to reduce the time required to assign or change storage allocation to applications over a Fibre Channel fabric. Today, this is a two-step process (both required, in no particular order):

●      Zoning: Enables the path between servers (or initiators) and storage arrays (or targets) over a Fibre Channel fabric

●      LUN masking: Assigns a storage LUN to an initiator

The Cisco® Autozone feature eliminates the zoning configuration tasks on Cisco MDS 9000 Switches. Once Autozone is enabled by a single command, any new devices added to the Fibre Channel fabric are automatically zoned, without any human intervention. You do not require any zoning expertise to use Autozone. Due to its automated nature, it also eliminates any potential human errors associated with manual zoning configuration. The simple but powerful approach of Autozone helps bring agility to your business. 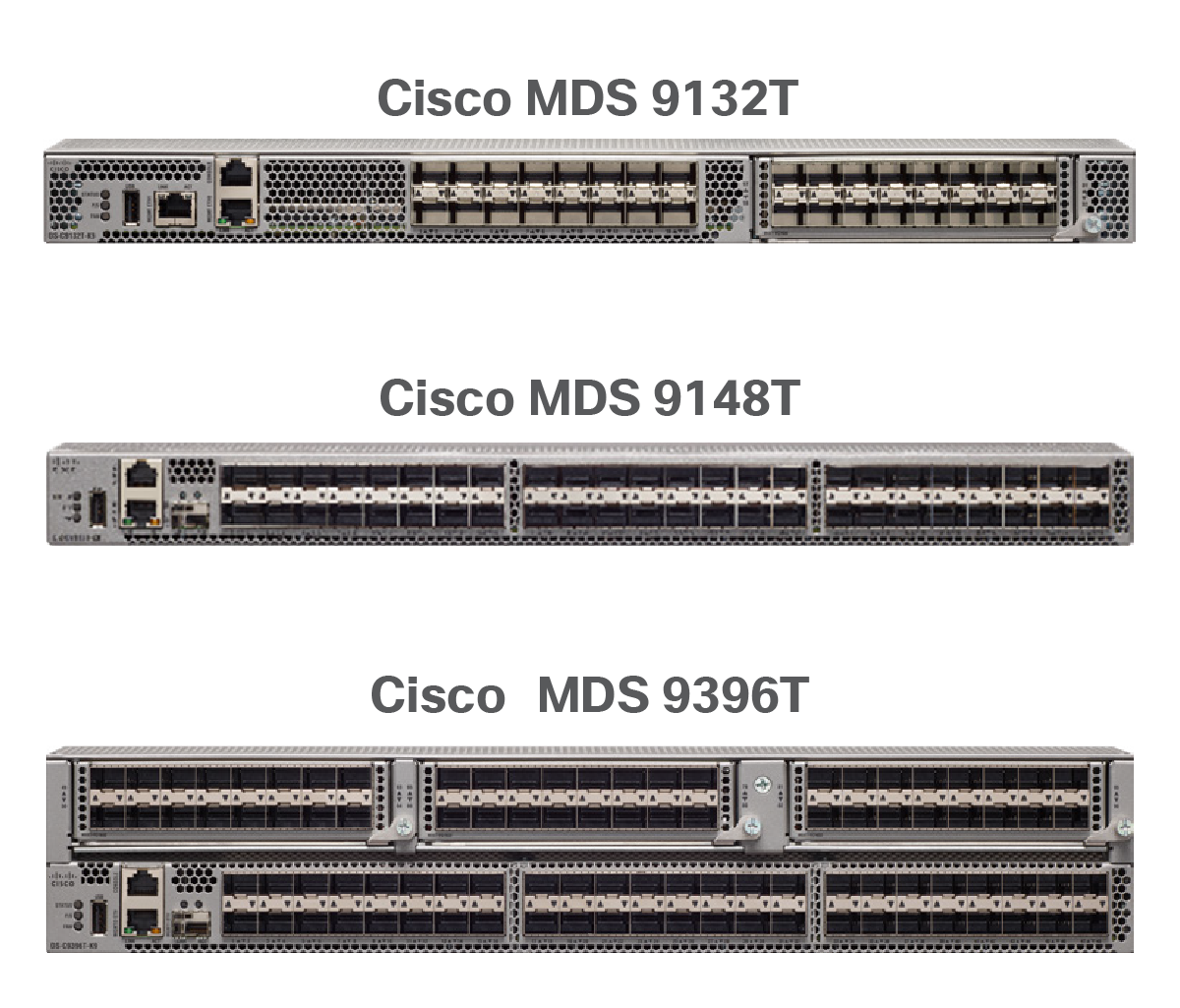 ●      Devices are automatically zoned when they log into Cisco® MDS

Autozone eliminates manual zoning configuration for selective use cases. Today, a user manually creates zones, adds initiators and targets to the zones, and adds each zone to a zoneset. Autozone replaces these steps by a single command. The Cisco MDS 9000 32-Gbps fabric switches automatically detect an end-device type as an initiator or a target. All end-devices are zoned automatically, following the best-practices scheme of single-initiator-single-target zoning. Autozone needs to be invoked only once. Any new devices are automatically detected as initiators or targets and zoned appropriately. You do not have to access the switch to modify the zoning configuration when a new or modified storage assignment is required. The final configuration made by Autozone is the same as that obtained by a manual-zoning configuration. An advanced user can choose to refine the zoning further. The highlights of Autozone are described below:

In phase 1, Autozone can help in the use cases described below.

Autozone can be used by Small and Midsize Businesses (SMBs) to simplify the deployment of a single-switch SAN. Large enterprises with a PoD design or a branch-location SAN can also benefit from Autozone. 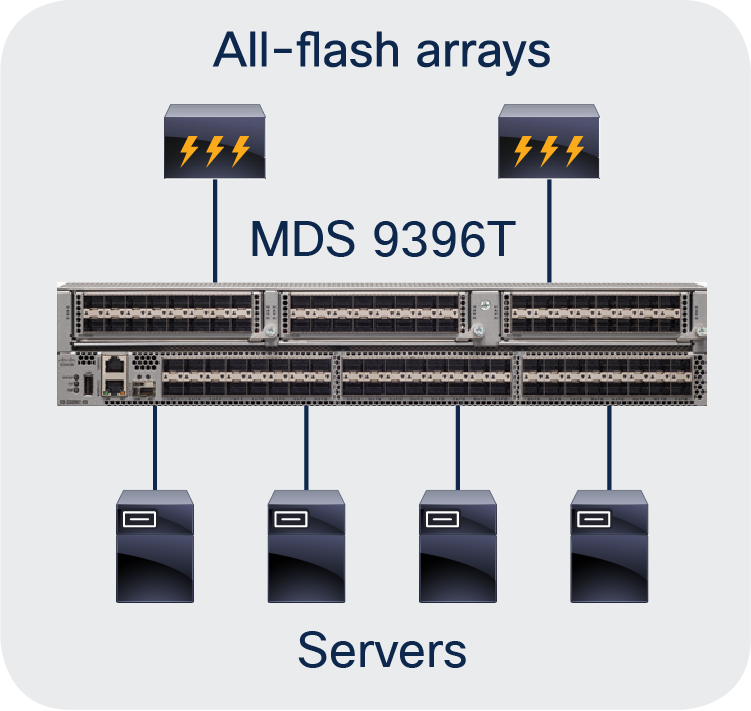 Use Case 1: Autozone for an SMB, entry-level, single-switch SAN

Autozone is for an SMB customer with up to 96 end-devices, that makes changes to a SAN only occasionally and that carries limited Fibre Channel expertise. The MDS 9396T can be used to build a single-switch fabric with up to 96 end-devices (initiators and targets) connected to the SAN. By using Autozone, you can automate the zoning on the switch. End-devices connected to the MDS 9396T (or MDS 9148T or MDS 9132T) will be automatically zoned as per a single-initiator-single-target zoning scheme. The zoning configuration will be added automatically when more devices are connected in future or a malfunctioning HBA on a server is replaced. You do not have to log into the switch to add the configuration manually. 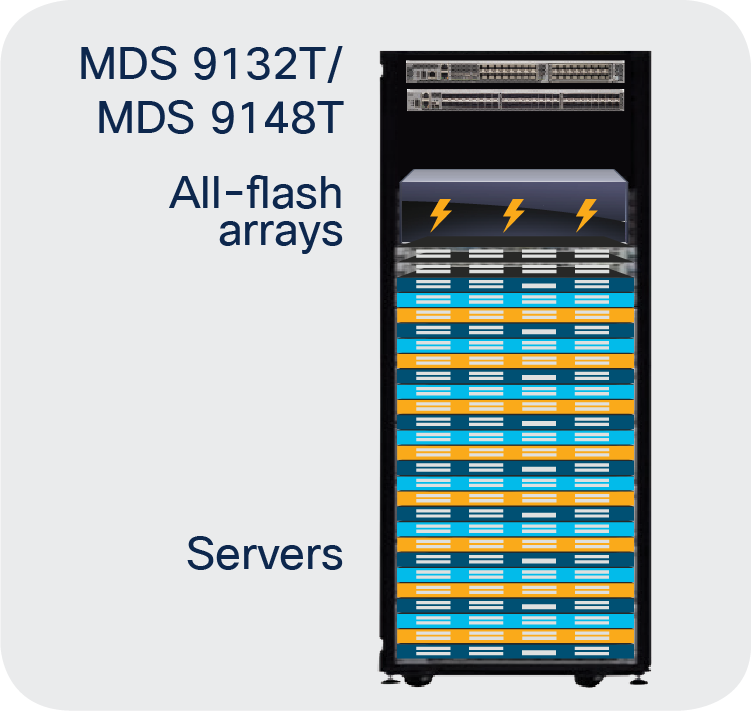 Use Case 2: Autozone for large enterprises with a PoD design or a branch-location SAN

Autozone is for enterprises that use a PoD design to offer compute, storage, and other infrastructure resources. Some large enterprises have become standardized on a PoD design. They install a fixed number of servers (between 24 and 36), an all-flash array, and top-of-rack LAN and SAN switches. Such PODs are allocated for particular departments or applications. A new PoD is provisioned when more resources are required. Rapid provisioning of a new PoD is a key requirement in this model. Generally, all servers HBA ports are zoned with all of the available storage array target ports. Autozone can help to rapidly deploy a new PoD by replacing tens of lines of zoning configurations by a single command. In the long term, Autozone helps to support business agility by saving much time and effort.