The world’s fastest processors from AMD bring your workloads to life on Cisco UCS.

With our Cisco UCS® C225 M6 and C245 M6 rack servers powered by 3rd Gen AMD EPYC™ processors, your most compute-intensive workloads come to life with the simplicity of Cisco Unified Computing System™. Whether you are running CPU-bound decision-support applications or Java enterprise middleware, our world-record-setting performance as measured by industry-standard benchmarks suggest that your workloads will run faster on Cisco UCS servers.

When you choose Cisco UCS servers to run your mission-critical workloads, you get more than just high performance. You gain the simplicity and scalability of our operating model. All of our servers—including those powered by AMD EPYC processors—are integrated into the Cisco Intersight™ cloud-operations platform, making it easy to consistently deploy innovative features such as AMD Secure Encrypted Virtualization (SEV) as part of your configuration policies.

Learn about our latest world records

Optimized to deliver uncompromised I/O capacity whether one or two CPUs are installed, the Cisco UCS C225 M6 Rack Server is one of the most versatile servers in the industry. This high-density, 1RU, 2-socket rack server supports a range of workloads including virtualization, engineering design automation (EDA), software-defined storage, big data, and edge-centric workloads.

Our world records demonstrate that Cisco UCS servers with AMD EPYC processors are versatile platforms for just about any application. Our servers are the world’s fastest on both decision-support benchmarks and Java enterprise middleware (Table 1).

In today’s world of complex, distributed systems, you need a way to predict how your servers will respond to the complexity of intermixing not just arithmetic performance but real-world operations including I/O and context switching between the many parallel threads that are active in enterprise Java middleware. That’s where our SPECjbb2015 and TPC-H V3 results predict world-record-setting performance for your enterprise data center. Our latest single-socket records with the Cisco UCS C225 M6 Rack Server demonstrate the value of a single-socket-optimized server that delivers the same I/O capacity whether one or two CPUs are installed. Our latest two-socket record on the TPC-H 30 TB benchmark shows excellent support for database queries and computation with the Cisco UCS C245 M6 Rack Server. This gives you even greater flexibility to choose the platform that best propels your workloads.

Having established performance leadership for three processor generations, the AMD EPYC 7003 Series processors bring performance to a new level. With industry-leading 7-nm process technology and the new ‘Zen3’ architecture, these processors deliver up to 19 percent more instructions per clock cycle compared to the previous generation.MLN-003 This helps you drive faster time to results, more and better decision making, and better business outcomes.

With the world’s highest performance x86- architecture server CPU,1 the AMD Infinity Architecture delivers innovation with up to 32 MB of shared Level 3 cache per core in the mainstream products, and up to 768 MB of L3 cache in processors equipped with AMD 3D V-Cache technology. All 3rd Gen AMD EPYC processors offer:

We deliver all of this to give you high performance per watt of energy.

The TPC-H benchmark is a decision-support benchmark. It consists of a suite of business-oriented ad-hoc queries and concurrent data modifications. The benchmark models decision-support systems that examine large volumes of data, execute queries with a high degree of complexity, and give answers to critical business questions.

This server is well suited for a wide range of storage- and I/O-intensive applications such as big data analytics, databases, collaboration, virtualization, and server consolidation.

The SPECjbb2015 benchmark provides bare-metal and virtual performance measurements to give you a more accurate assessment of the way that Java enterprise middleware can perform in your IT environment.

The max-jOPS results reflect the overall throughput that the server can deliver. The critical-jOPS results give a response-time measurement. Our results show the throughput that can be achieved with responses falling into a strict quality-of-service requirement (Table 1).

●      Composite results show the excellent vertical scalability of the server in terms of how well a single JVM utilizes the server’s cores. For the Composite benchmark, all of the benchmark instances must run within a single JVM.

Our newest results, established on the Cisco UCS C225 M6 Rack Server, use a single 64- core AMD EPYC 7773X processor with AMD 3D V-Cache technology. This additional cache propels Java middleware performance to new heights. These new world records eclipse our prior world-record results by 13 percent on the MultiJVM critical-jOPS benchmark, and by almost 20 percent on the Composite critical-jOPS benchmark. 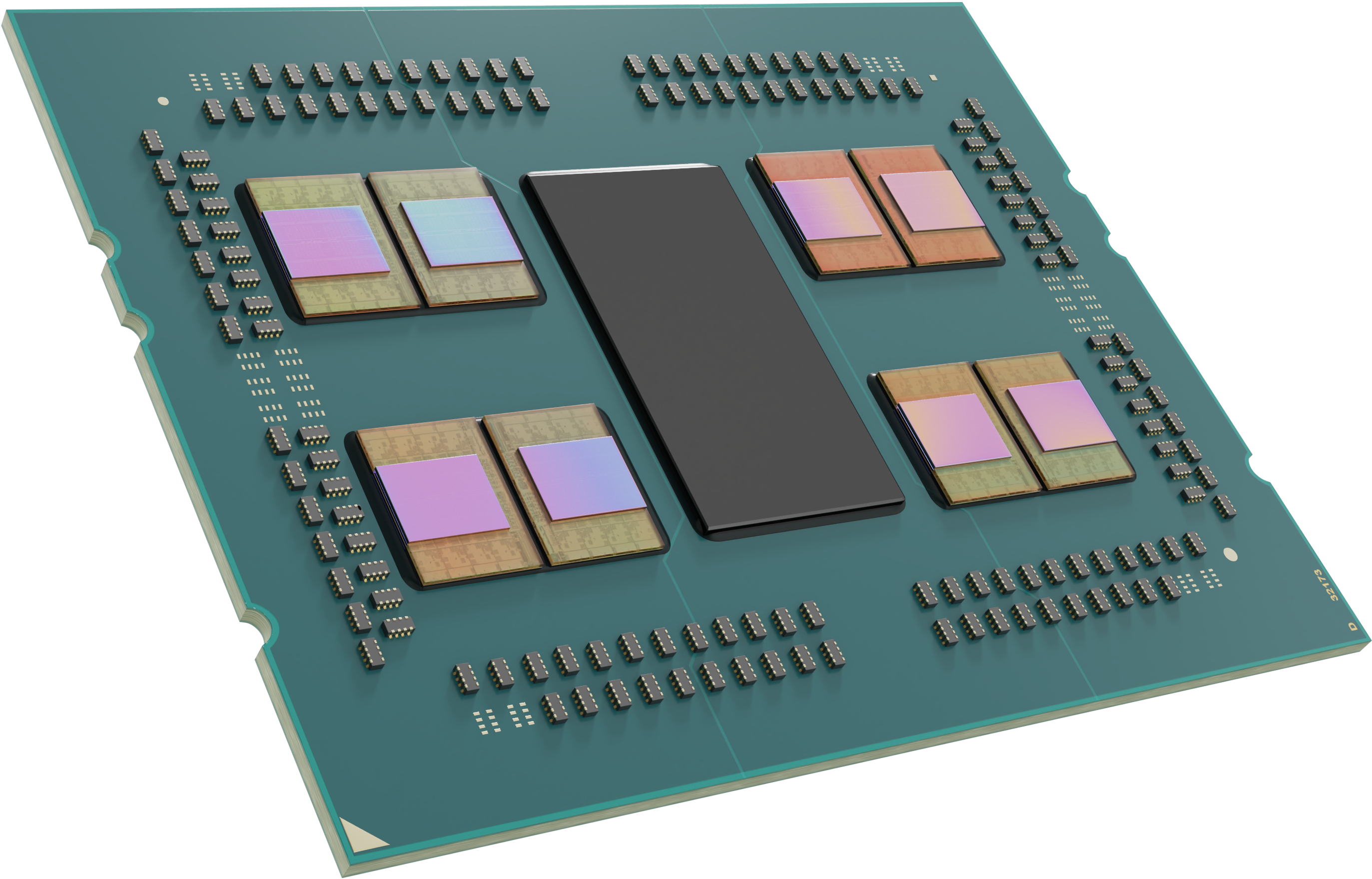 For details on the footnotes used in this document, visit amd.com/en/claims/epyc
1. For a current list of world records see amd.com/worldrecords.
2. AMD Infinity Guard features vary by EPYC ™ Processor generations. Infinity Guard security features must be enabled by server OEMs and/or Cloud Service Providers to operate. Check with your OEM or provider to confirm support of these features. Learn more about Infinity Guard at https://www.amd.com/en/technologies/infinity-guard. GD-183

The Cisco advantage is our architecture and close working relationships with AMD and OS and software vendors.

In addition to the power of the 3rd Gen AMD EPYC processors, we can get differentiated performance through our unique design of hardware and firmware elements. The CPU voltage regulator delivers load-step and load-release current for CPU transients—a feature above and beyond the CPU power requirements. And our thermal design can operate, handle, and sustain peak performance within the thermal operating region. This, combined with BIOS tuning, helped us to deliver exceptional results compared to other server vendors.

Firmware settings, such as those that control boost frequencies, are set through the Cisco Intersight cloud-operations platform, helping you enjoy consistently good performance as a matter of the policies that you establish.