Get the Most from Your Branch Router

Many lightweight applications and network functions needed in a modern network or branch office are available as virtual machines (VM). If you need to host some of these functions in the network, use your Cisco® router to do it instead of deploying a dedicated appliance at your branch site.

You’ll reduce complexity and cost by making use of spare compute horsepower that’s already in your router. Very efficient.

Run the Apps You Need…

Use the Cisco 4000 Series Integrated Services Router (ISR) and ASR 1000 Series Aggregation Services Router to host not only Cisco apps, but also third-party and homegrown Linux-based apps. These routers’ Cisco IOS® XE operating system supports the Kernel-based Virtual Machine (KVM), a virtualization infrastructure for the Linux kernel that turns it into a hypervisor.

Both routers use a customized high-performance data plane for forwarding and manipulating packets. The control plane is entirely Linux running on an x86 Intel CPU. We designed the routers with extra CPU capacity for hosting VMs.

You can also turn to the Cisco 4000 Series ISR and ASR 1000 Series to host other network functions that can be deployed as VMs, including:

Hosting those VMs directly on your existing physical router makes a whole lot of sense.

●     Simplicity: Use spare resources instead of buying more boxes to manage.

●     Agility: Spin up virtual machines at any time over the network.

...With the Performance You Expect

VMs are not hosted in the data plane of the router, so there is no performance impact on packet forwarding or feature processing. Critical control plane functions run at a higher priority than hosted VMs.

This is industry-standard Linux virtualization at its finest. 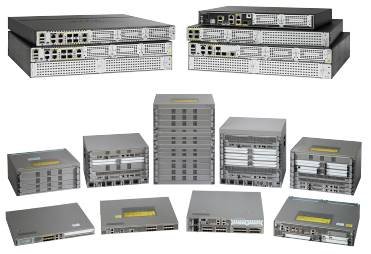 Learn more about hosting applications on your routers today.

Is there spare compute capacity in your network that you could be making use of today? Take a look at the sample code and developer guide for KVM hosting on Cisco IOS XE routers to find out just how easy this is and push the capabilities of your network even further.

To view buying options and speak with a Cisco sales representative, visit www.cisco.com/c/en/us/buy