This appendix provides information about the dependency record windows in Cisco Unified Communications Manager Administration. These windows help you to determine which records in the database use other records. For example, you can determine which devices (such as CTI route points or phones) use a particular calling search space.

If you need to delete a record from Cisco Unified Communications Manager, you can use dependency records to show which records are associated with the record that you want to delete. You can then reconfigure those records, so they are associated with a different record.

To access dependency records from Cisco Unified Communications Manager configuration windows, choose Dependency Records from the Related Links box and click Go. The Dependency Records—Summary window displays. This window displays the number and type of records that use the record that is shown in the Cisco Unified Communications Manager configuration window. 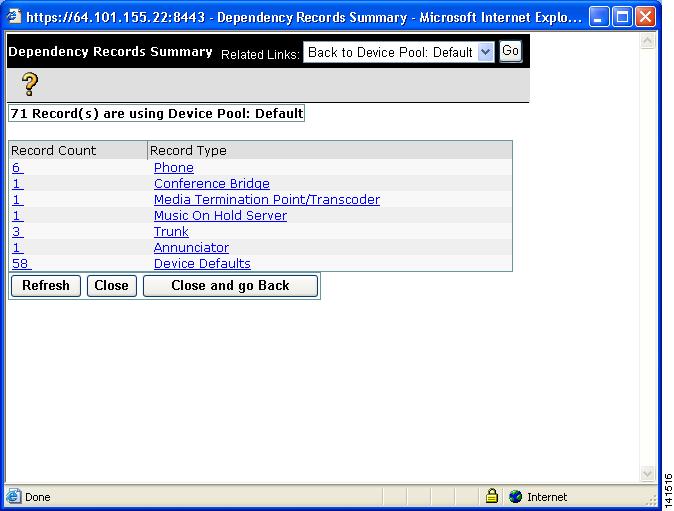 To display detailed dependency records information, click the record about which you want more information; for example, click the trunk record. The Dependency Records Detail window displays, as shown in the following figure. If you want to return to the original configuration window, choose Back to Summary from the Related List Box and click Go; then, choose Back to <configuration window name> and click Go, or click the Close and go Back button. 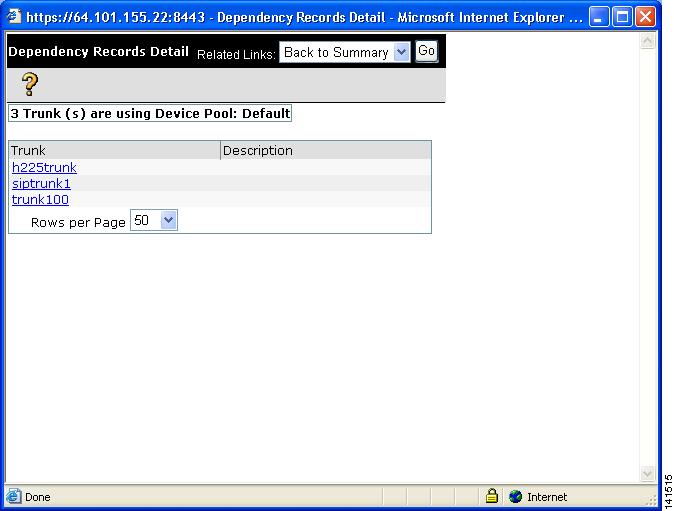