The UCS B22 M3 blade server is a half-width blade with 12 DIMM slots; it supports one dedicated slot for Cisco's Virtual Interface Card (VIC) 1240, and one open adapter slot. You may install up to eight UCS B22 Blade Servers to a UCS chassis, or mix with other UCS blade servers. The Cisco UCS B22 M3 harnesses the power of the latest Intel Xeon processor E5-2400 product family with expandability to 192 GB of RAM (using 12 x 16 GB DIMMs), 2 hot-plug drives, and 2 PCIe adapter slots for up to 80 Gigabit Ethernet throughput.

The Reset button is recessed in the front panel of the server. You can press the button with the tip of a paper clip or a similar item. Hold the button down for five seconds, and then release it to restart the server if other methods of restarting do not work.

The locator function for an individual server may get turned on or off by pressing the locator button/LED.

The power button allows you to manually take a server temporarily out of service but leave it in a state where it can be restarted quickly. If the desired power state for a service profile associated with a blade server is set to "off," using the power button or Cisco UCS Manager to reset the server will cause the desired power state of the server to become out of sync with the actual power state and the server may unexpectedly shut down at a later time. To safely reboot a server from a power-down state, use the Boot Server action in Cisco UCS Manager.

The local console connector allows a direct connection to a blade server to allow operating system installation and other management tasks to be done directly rather than remotely. The port uses the KVM dongle cable that provides a connection into a Cisco UCS blade server; it has a DB9 serial connector, a VGA connector for a monitor, and dual USB ports for a keyboard and mouse. With this cable, you can create a direct connection to the operating system and the BIOS running on a blade server. A KVM cable ships standard with each blade chassis accessory kit.

Each blade has up to two front-accessible, hot-swappable, 2.5-inch drives. Unused hard drive bays should always be covered with cover plates to ensure proper cooling and ventilation.

You can remove and install hard drives without removing the blade server from the chassis.

The drives supported in this blade server come with the drive sled attached. Spare drive sleds are not available. A list of currently supported drives is in the specification sheets at this URL:http:/​/​www.cisco.com/​c/​en/​us/​products/​servers-unified-computing/​ucs-b-series-blade-servers/​datasheet-listing.html

To remove a hard drive from a blade server, follow these steps:

To install a hard drive in a blade server, follow these steps:

Before performing any internal operations on this blade server, you must remove it from the chassis.

Powering Off a Blade Server Using the Power Button

Using UCS Manager, decommission the server before physically removing the server. To remove a blade server from the chassis, follow these steps:

Secure Digital (SD) card slots are provided and one or two SD cards can be populated. If two SD cards are populated, they can be used in a mirrored mode. 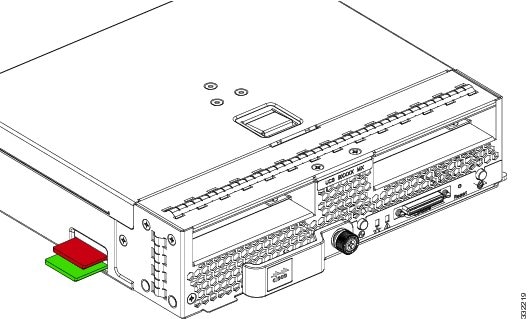 The air baffles (UCSB-BAFF-B22-M3=) shown ship with this server, as they direct and improve air flow for the server components. No tools are necessary to install them, just place them over the DIMMs as shown, aligned to the standoffs. 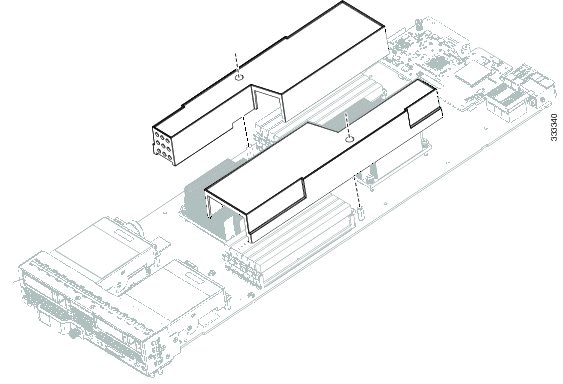 Figure 9. Inside View of the B22 Blade Server

At blade start-up, POST diagnostics test the CPUs, DIMMs, HDDs, and adapter cards, and any failure notifications are sent to UCS Manager. You can view these notifications in the Cisco UCS Manager System Error Log or in the output of the show tech-support command. If errors are found, an amber diagnostic LED also lights up next to the failed component. During run time, the blade BIOS and component drivers monitor for hardware faults and will light up the amber diagnostic LED as needed.

LED states are saved, and if you remove the blade from the chassis the LED values will persist for up to 10 minutes. Pressing the LED diagnostics button on the motherboard causes the LEDs that currently show a component fault to light for up to 30 seconds for easier component identification. LED fault values are reset when the blade is reinserted into the chassis and booted, and the process begins from its start.

If DIMM insertion errors are detected, they may cause the blade discovery process to fail and errors will be reported in the server POST information, which is viewable using the UCS Manager GUI or CLI. DIMMs must be populated according to specific rules. The rules depend on the blade server model. Refer to the documentation for a specific blade server for those rules.

Working Inside the Blade Server

All Cisco UCS blade servers use a CR2032 battery to preserve BIOS settings while the server is not installed in a powered-on chassis. Cisco supports the industry standard CR2032 battery that is available at most electronics stores.

To install or replace the battery, follow these steps:

You can order your blade server with two CPUs, or upgrade later to a second CPU. Both CPUs must be of the same type, and memory in slots intended for the second CPU will not be recognized if the second CPU is not present. You may need to use these procedures to move a CPU from one server to another, or to replace a faulty CPU.

The CPUs supported in this blade server are constantly being updated. A list of currently supported and available CPUs is in the specification sheets at this URL:

Removing a CPU and Heat Sink

Before installing a new CPU in a server, verify the following:

To install a DIMM into the blade server, follow these steps:

The DIMMs supported in this blade server are constantly being updated. A list of currently supported and available DIMMs is in the specification sheets at:

Do not use any memory DIMMs other than those listed in the specification sheet. Doing so may irreparably damage the server and require an RMA and down time.

There is a setting in the BIOS Setup utility that you can use to change the DDR memory mode when the server has all low-voltage DIMMs installed. To access this setting, follow these steps:

Keep in mind the following rules when adding DIMMs to this server:

The blade server contains 12 DIMM slots—six for each CPU. Each set of six DIMM slots is arranged into three channels, where each channel has 2 DIMMs.

Figure 16. Numbering of DIMMs and Channels 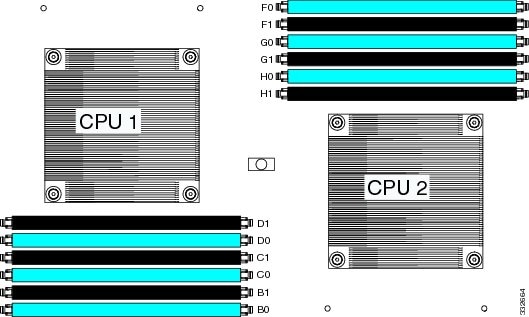 When considering the memory configuration of your blade server, there are several things you need to consider. For example:

Recommendations for achieving performance of 1600 MHz on B22 M3 servers:

Performance degradation can occur if the following memory configurations are used:

If the RAS (Reliability, Availability, and Serviceability) option is required, it is available only when Channel–3 is not populated.

All the supported mezzanine cards have a common installation process. These cards are updated frequently. Currently supported cards and the available models for this server are listed in the specification sheets at this URL: http:/​/​www.cisco.com/​c/​en/​us/​products/​servers-unified-computing/​ucs-b-series-blade-servers/​datasheet-listing.html

If you are switching from one type of adapter card to another, before you physically perform the switch make sure that you download the latest device drivers and load them into the server’s operating system. For more information, see the firmware management chapter of one of the Cisco UCS Manager software configuration guides.

The Trusted Platform Module (TPM) is a component that can securely store artifacts used to authenticate the server. These artifacts can include passwords, certificates, or encryption keys. A TPM can also be used to store platform measurements that help ensure that the platform remains trustworthy. Authentication (ensuring that the platform can prove that it is what it claims to be) and attestation (a process helping to prove that a platform is trustworthy and has not been breached) are necessary steps to ensure safer computing in all environments. It is a requirement for the Intel Trusted Execution Technology (TXT) security feature, which must be enabled in the BIOS settings for a server equipped with a TPM.

Physical Specifications for the Cisco UCS B22 M3