The Adaptive Security Algorithm takes into consideration the state of a packet when deciding to permit or deny the traffic. One of the enforced parameters for the flow is that traffic enters and exits the same interface. Any traffic for an existing flow that enters a different interface is dropped by the ASA. 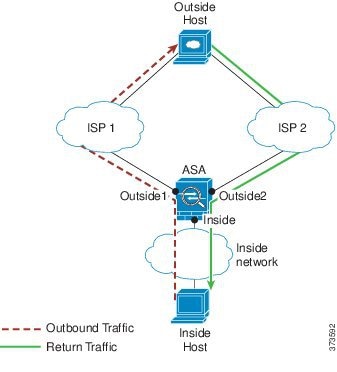 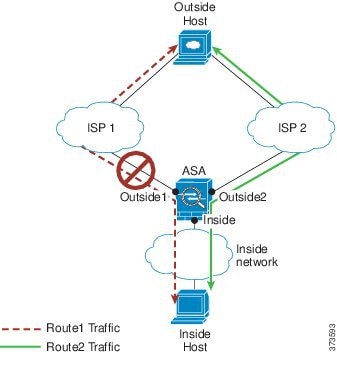 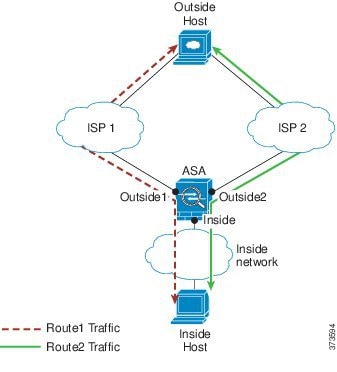 Without zones, you can have up to three equal cost static or dynamic routes per interface. For example, you can configure three default routes on the outside interface that specify different gateways:

You can also configure to- and from-the-box services (see below), although full zoned support is not available.

NAT—Configure the same NAT policy on all member interfaces of the zone or use a global NAT rule.

Note When you use interface-specific NAT and PAT pools, the ASA cannot switch connections over in case of the original interface failure.

–Higher memory utilization at intermediate nodes (firewall and IDS) and the receiving end nodes if queuing is used.

You cannot add the cluster control link to a zone.

Do one of the following:

Click the Add Row button beneath the Zone table to open the Zone dialog box.

Enter the name of an interface role that identifies the interfaces that belong to the traffic zone you are configuring and then click OK. For more information about interface role object, see Understanding Interface Role Objects.