This document describes the Ring-No-Answer (RONA) feature in Unified Contact Center Enterprise (UCCE) environment in conjunction with two different types of Cisco Interactive Response Unit (IVR) i.e. IP-IVR and Cisco Voice Portal (CVP) ensures that when an agent does not answer a call. For example,

Suppose, you walk away from the desk without making it Not Ready, the call is taken away after ringing for a configurable number of seconds, is then presented to another agent or is put back in a queue and the unanswered agent is put in not ready state.

RONA Operation for UCCE with IP-IVR

This function is implemented by setting a RONA timeout i.e. Ring no answer time in the agent desk settings. 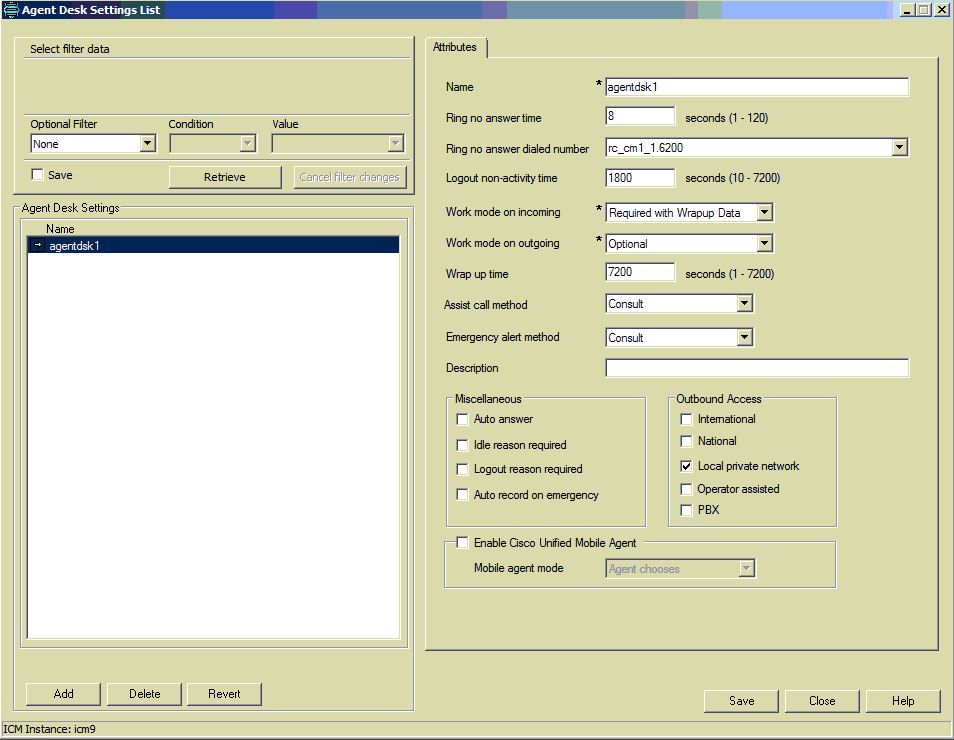 RONA Operation for UCCE with CVP

When you use UCCE with CVP, the CallManager does not control the queuing platform (CVP) and can therefore not send the call back to the CVP for re-queuing. Instead, the CVP controls the call and takes over the re-queue action

The solution is done in two separate steps, i.e. to use the RONA function on the Agent Peripheral only to make the agent unavailable when it does not answer the call and to use the ICM Router re-query function to take the call away from the non-answering agent. This causes the agent to be unavailable after the RONA timer expires but does not invoke the RONA mechanism to re-route the call.

Further Lab Testing indicated the re-route still doesn't take place even if the Ring no Answer Dialed Number is configured in the agent desksetting. This is because the queueing point is at CVP with Voice Response Unit Peripheral Gateway (VRU PG) as the routing client, a Dialed Number with callmanager agent PG cannot be used as a routing client.

Router Requery is triggered by the routing client (the CVP) when a No-Answer-Timer setting (RNATimeout) expires on CVP.  After the CVP VB RNATimeout expires the CVP --> VRU PG sends an EventReport = No Answer to the router. The router picks another target according to the routing script and sends the Connect message to the CVP. The target might be another agent or it might be a VRU label to re-queue the call.

In most cases, UCCE uses the queue node. The queue node requires additional scripting to handle the re-queuing of the call in front of the queue. This script example provides a standard way of handling this. 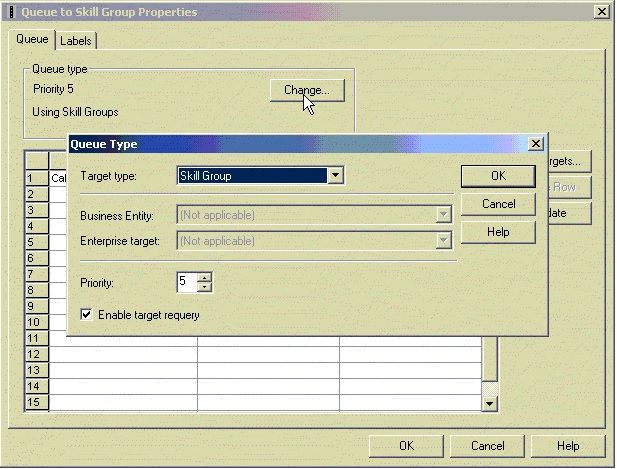 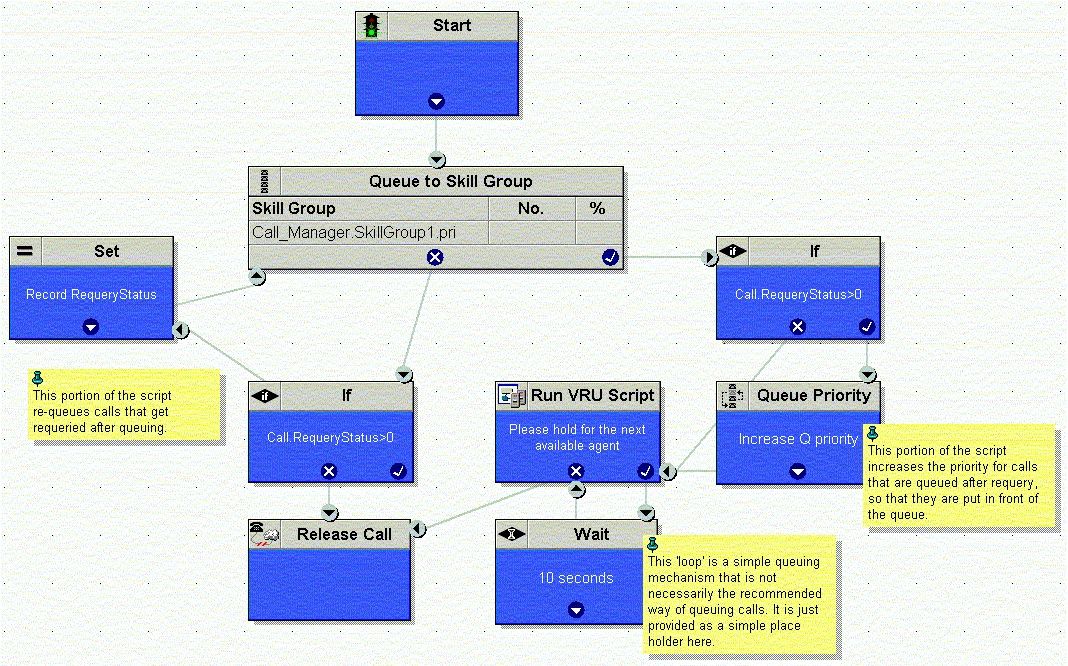 The same type of script can be used for other situations where the agent does not answer the call.

In these cases, the router re-query mechanism kicks in as well. The Re-query Status variable will have an indication why this happened (busy or network failure). The call can be re-queued and redelivered in the same way. In fact, the script above does that as the If node connected to the failure exit of the Queue node does not discriminate the various failures.