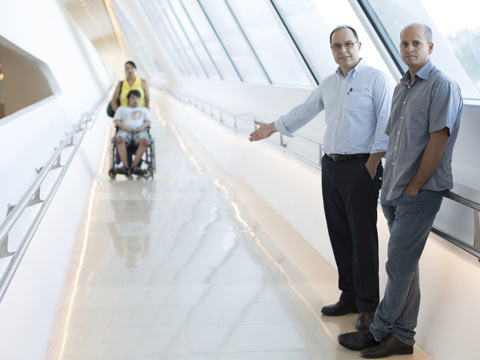 The Cisco Challenge for Urban Innovation was launched in 2015 to foster the development of applications over the Internet of Everything (IoE) platform that Cisco is deploying in the iconic region of Porto Maravilha, as part of its long-term investments in the City of Rio de Janeiro. Five winners were selected from 104 submissions to participate in an acceleration program to help bring their solutions to life and transform Porto Maravilha into an “urban living lab”.

Here are the Challenge winners:

Inspired by technology created to identify sounds in video games, computer scientists Ivo Frazão and Marcio Leal teamed up with entrepreneur, Americo Amorim, to create Audio Alerta with the hope of developing a system to identify security risks around major cities by monitoring audio. The team later added security systems expert Silvio Aragão as it built out technology to identify sounds related to incidents ranging from car crashes to theft to violent crimes – even in noisy places. Once a sound is identified, the system sends an alarm to the mobile devices of local task forces and other monitoring systems. Audio Alerta can determine an incident’s location and immediately point a video surveillance camera to that area. In addition to Cisco’s support, the product's development has received support from institutions that foster research and innovation, including CNPq, Facepe and Finep, as well as the Technology Center of Pernambuco Federal University. 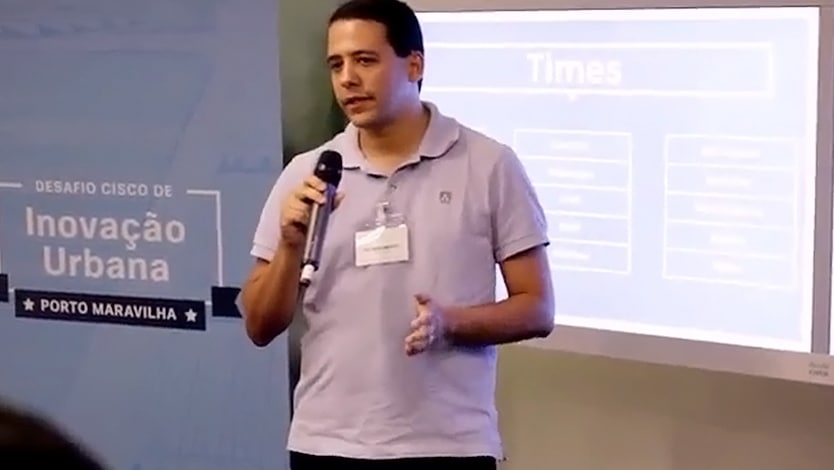 More than 13.5 million Brazilians have some sort of physical disability. Some suffer from reduced mobility, many are elderly, others are in a wheelchair or were victims of an accident, but they are all in need of a more accessible city. ""We want to turn Rio into a more welcoming city and transform these people’s mobility reality, as it is our belief that a smart city should benefit everyone,"" said Francisco Viniegra, founder of Livrit. The startup is working on a mapping and navigation collaboration platform to help the disabled determine their route using accessible sidewalks and establishments. Initially, the aim is to focus on mapping the Porto Maravilha area and the main access points in Rio de Janeiro for the Olympic and Paralympic Games. 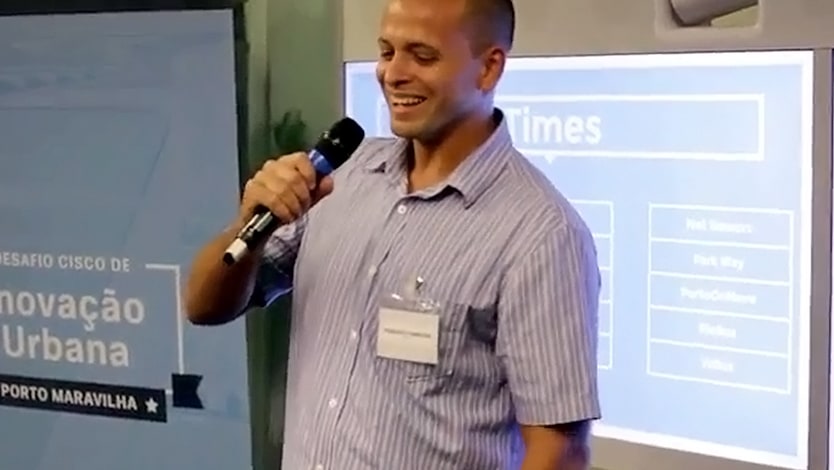 Convinced that people are safer when they’re connected, young entrepreneur Felipe Fontes launched Nearbee, a startup that quickly connects people and authorities in emergency situations. Built with a geosocial collaboration mindset, Nearbee is a mobile app that alerts authorities and others nearby to an emergency situation by sharing the user’s exact location and access to their device’s audio to help them identify the situation and needs. The app allows the user to pre-select friends, relatives and private security services as ""guardian angels"" in the event of an emergency. All contacts are able to interact through the application, offering the user more coordinated and efficient assistance for the best possible outcome. In addition, Nearbee gives all parties valid contact information and identification, saving time and avoiding confusion. 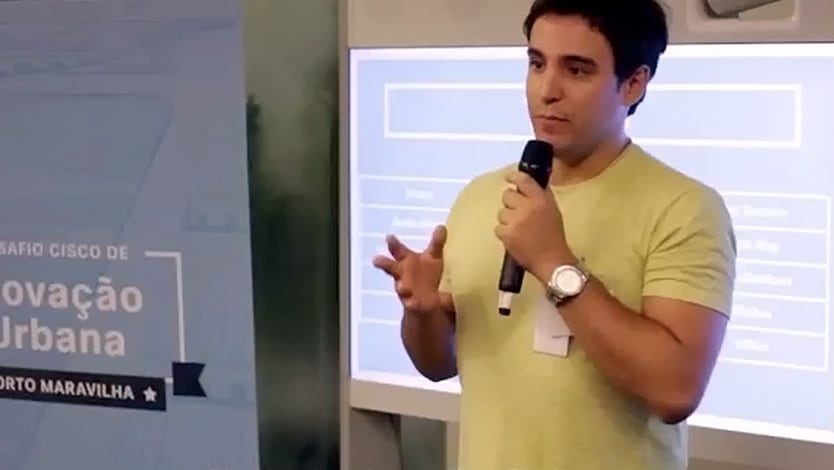 Each year, local governments spend millions to clean and maintain storm drains of Brazilian cities. During a workshop in Brasília to discuss the National Policy for Solid Waste, entrepreneur and economist Carlos Chiaradia noticed an opportunity to apply smart city technologies to manage solid waste flowing down the drains. Shortly thereafter, Chiaradia teamed up with mechatronic engineer Vitor Paulo and business manager Marcelo Lima to create NetSensors. The team manufactures flowmeter sensors, which are fixed in a plastic basket and placed inside storm drains to retain solid waste and prevent them from flowing into rivers or accumulating and causing flooding. NetSensors also provides an alert when the plastic basket reaches 70 percent capacity, allowing immediate removal of the accumulated waste.

“Combining our basket with a smart sensor, an app and management software, we enable local governments to monitor the drains remotely, which offers a much more efficient management process at a great cost-savings,” Chiaradia said. “Cities can avoid floods and operate the cleaning process 25 times faster.” 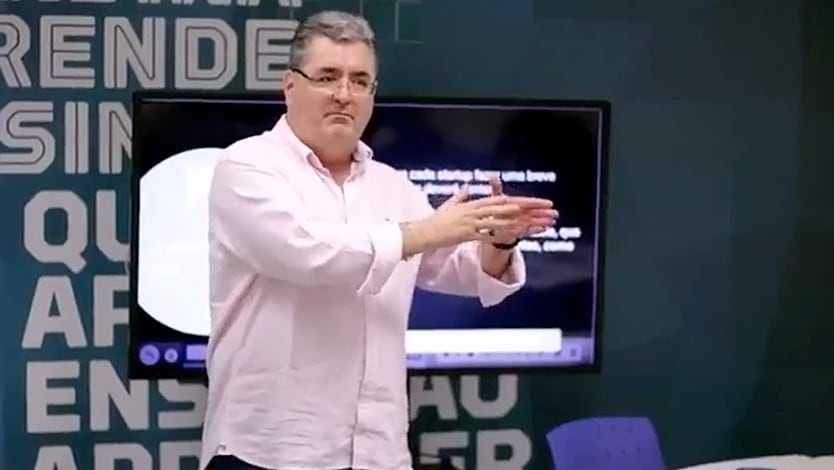 ViiBus: An Intelligent Bus Stop for the Visually Impaired

According to the Brazilian Institute of Geography and Statistics (IBGE), there are 6.5 million visually impaired people in Brazil, 582,000 of whom are legally blind and 6 million with impaired vision. While studying at Pontifícia Universidade Católica of Campinas, Douglas Toledo developed ViiBus, a device that helps the visually impaired to navigate public transportation. Consisting of a Braille panel, special color scheme and voice alert capabilities, ViiBus warns visually impaired people at bus stops when the bus is approaching and it’s time to board. The system also includes a signal for passengers to notify the driver when they are approaching their stop. Visually impaired passengers also use a special ID for more efficient boarding. 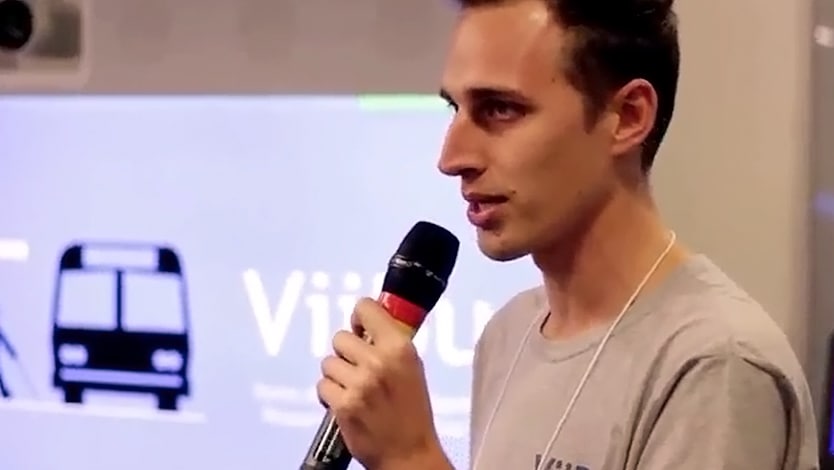 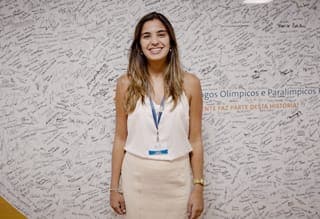