This chapter provides information about configuring pseudowire features on the Cisco ME 3600X-24CX Series Switch. It contains the following sections:

The following sections provide an overview of pseudowire support on the Cisco ME 3600X-24CX Series Switch.

Circuit Emulation (CEM) is a technology that provides a protocol-independent transport over IP networks. It enables proprietary or legacy applications to be carried transparently to the destination, similar to a leased line.

SAToP encapsulates TDM bit-streams (T1, E1) as PWs over PSNs. It disregards any structure that may be imposed on streams, in particular the structure imposed by the standard TDM framing.

The protocol used for emulation of these services does not depend on the method in which attachment circuits are delivered to the PEs. For example, a T1 attachment circuit is treated the same way for all delivery methods, including: PE on copper, mapped into a virtual tributary of a SONET/SDH circuit, or carried over a network using unstructured Circuit Emulation Service (CES). Termination of specific carrier layers used between the PE and circuit emulation (CE) is performed by an appropriate network service provider (NSP).

In the SAToP mode the interface is considered as a continuous framed bit stream. The packetization of the stream is done according to IETF RFC 4553. All signaling is carried out transparently as a part of a bit stream. Figure 8-1 shows the frame format in Unstructured SAToP mode.

Table 8-1 shows the payload and jitter limits for the T1 lines in the SAToP frame format.

Table 8-2 shows the payload and jitter limits for the E1 lines in the SAToP frame format.

CESoPSN encapsulates structured (NxDS0) TDM signals as PWs over public switched networks (PSNs). It complements similar work for structure-agnostic emulation of TDM bit streams, such as SAToP. Emulation of NxDS0 circuits saves PSN bandwidth and supports DS0-level grooming and distributed cross-connect applications. It also enhances resilience of CE devices due to the effects of loss of packets in the PSN.

CESoPSN identifies framing and sends only the payload, which can either be channelized T1s within DS3 or DS0s within T1. DS0s can be bundled to the same packet. The CESoPSN mode is based on IETF RFC 5086.

Each supported interface can be configured individually to any supported mode. The supported services comply with IETF and ITU drafts and standards. 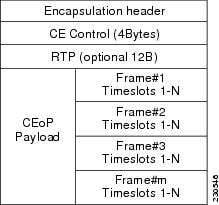 Table 8-3 shows the payload and jitter for the DS0 lines in the CESoPSN mode.

Ethernet over MPLS (EoMPLS) PWs provide a tunneling mechanism for Ethernet traffic through an MPLS-enabled Layer 3 core network. EoMPLS PWs encapsulate Ethernet protocol data units (PDUs) inside MPLS packets and use label switching to forward them across an MPLS network. EoMPLS PWs are an evolutionary technology that allows you to migrate packet networks from legacy networks while providing transport for legacy applications. EoMPLS PWs also simplify provisioning, since the provider edge equipment only requires Layer 2 connectivity to the connected customer edge (CE) equipment. The Cisco ME 3600X-24CX Series Switch implementation of EoMPLS PWs is compliant with the RFC 4447 and 4448 standards.

Follow these steps to configure SAToP on the Cisco ME 3600X-24CX Series Switch:

Follow these steps to configure CESoPSN on the Cisco ME 3600X-24CX Series Switch.

A backup peer provides a redundant pseudowire (PW) connection in the case that the primary PW loses connection; if the primary PW goes down, the Cisco ME 3600X-24CX Series Switch diverts traffic to the backup PW. This feature provides the ability to recover from a failure of either the remote PE router or the link between the PE router and CE router.

You must configure the backup pseudowire to connect to a router that is different from the primary pseudowire.

You can use the following commands to verify your pseudowire configuration: