The Cisco Nexus 1000V Layer 2 Switching Configuration Guide, Release 4.0(4)SV1(1) provides an overview of the available Layer 2 features and how to configure them.

Information about the Cisco Nexus 1000V

Information about the Cisco Nexus 1000V 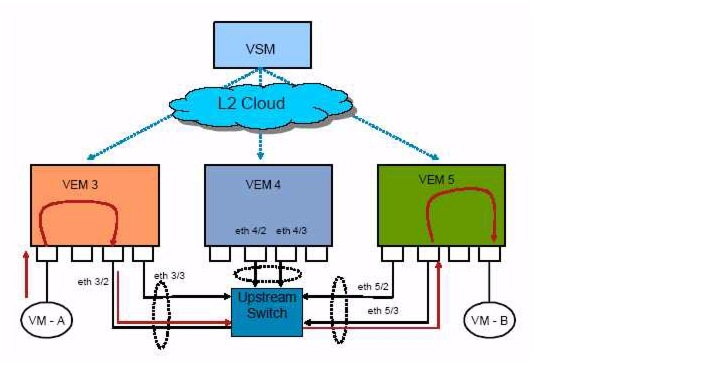 The Virtual Supervisor Module (VEM) has the following ports or interfaces: 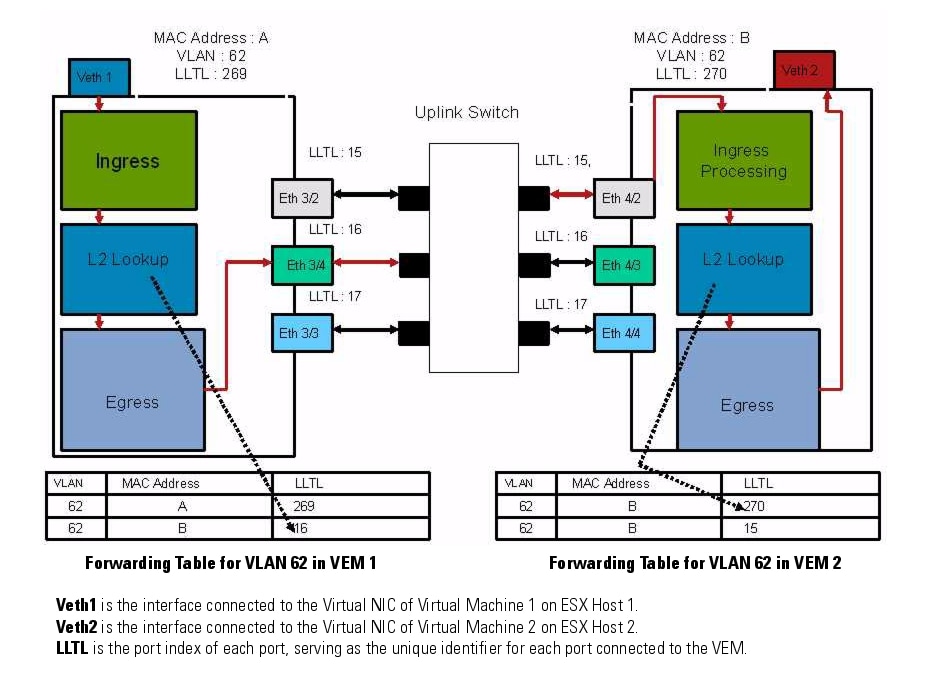 To switch frames between LAN ports efficiently, a MAC addres table is maintained. The MAC address of the sending network is associated with the LAN port on which it was received. For more information about MAC address tables, see Chapter 2, "MAC Address Table."

The devices support 4094 VLANs in accordance with the IEEE 802.1Q standard. These VLANs are organized into several ranges for different uses. Some of these VLANs are reserved for internal use by the device and are not available for configuration

Inter-Switch Link (ISL) trunking is not supported by the Cisco Nexus 1000V.

Private VLANs (PVLANs) are used to segregate Layer 2 ISP traffic and convey it to a single router interface. PVLANs achieve device isolation by applying Layer 2 forwarding constraints that allow end devices to share the same IP subnet while being Layer 2 isolated. In turn, the use of larger subnets reduces address management overhead.