This document describes the procedure to add new hard drives to an existing Virtual Drives (VD) with and without Redundant Array of Independent Disks (RAID) change.

For instance if you have a VD which has three Hard drives and you want to add three more, the procedure to do so is mentioned in this document.

The information in this document is based on Cisco UCS-C Servers.

This sections contains the steps to add new hard drive to an existing VD.

Note: You would need to perform the above Procedure task in a Maintainence Window.

Step 1. Reboot the host into webBIOS

When the host computer is booting, this text appears: 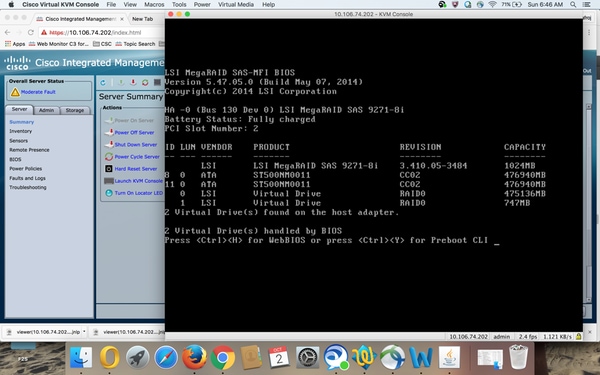 Step 2. The Controller Selection window appears, as shown in the image: 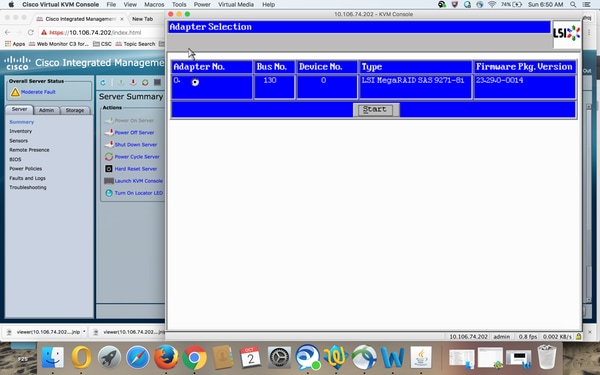 The Main Menu Screen displays a menu of items that you can select to display the information and make changes to the RAID arrays attached to the controllers in the server. This screen also shows the current configuration of the physical and logical drives from which you can configure and manage the RAID arrays. 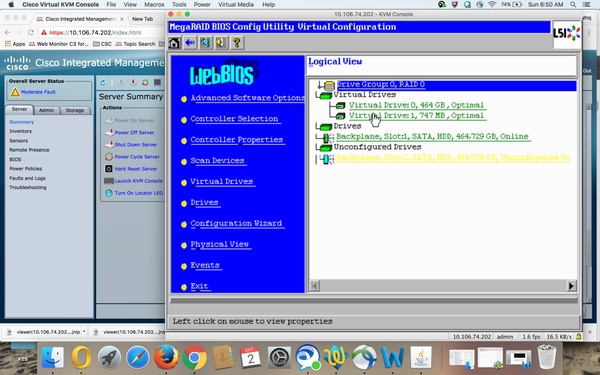 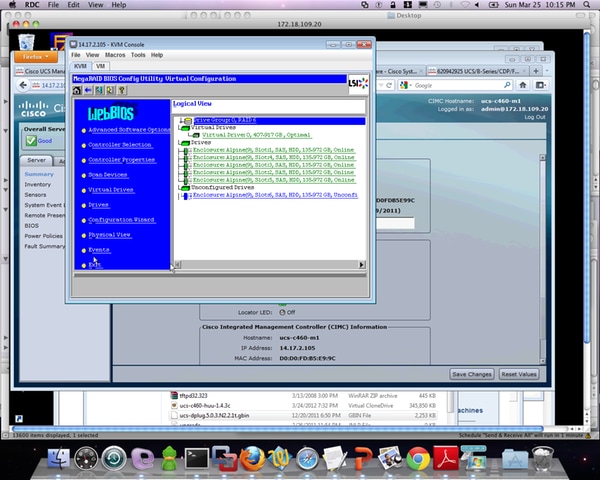 Step 4. Select Advanced Operations and click Go, as shown in the image: 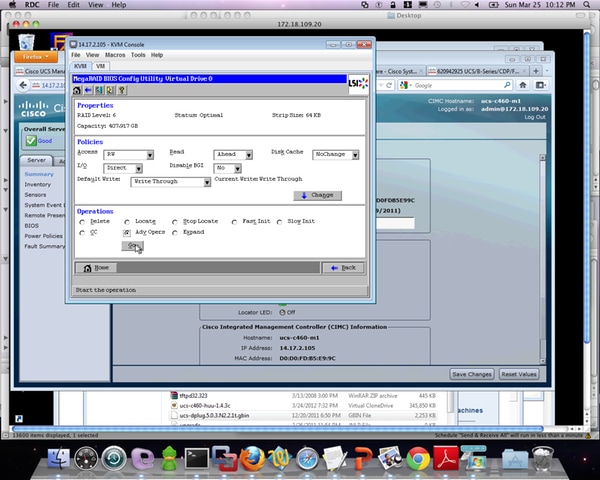 Step 5. Add an additional physical drives to the array. 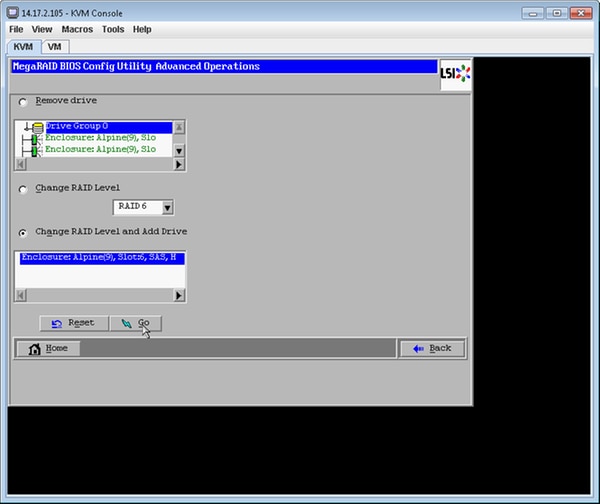 Step 6. Let the virtual drive reconstruct (Reconstruction takes time to complete depending on the amount of disk you are adding)

Migrating the RAID Level of a Virtual Drive

Note: While you can apply RAID-level migration at any time, LSI recommends that you do so when there are no reboots. Many operating systems issue I/O operations serially (one at a time) during boot. With a RAID-level migration running, a boot can often take more than fifteen minutes.

Migrations are allowed for these RAID levels: