This document describes an issue with an old UCS M5 Blade DIMM Population Sticker that does not reflect current online documentation.

Post-FCS testing found that the optimal configuration of the DIMM population was different than specs originally published. The original population rules do work properly, but optimal performance can be obtained by the use of the latest guidelines as published in the documentation. The sticker under the blade lid was changed under ECO EA553015 which was implemented in May 2018, and technical documentation was updated in December 2017. Approximately 15K-20K blades were shipped with the original DIMM population sticker.

Note: Only M5 blade servers had the suboptimal stickers.  Rack servers don't come with DIMM population stickers, so they are unaffected by this issue. 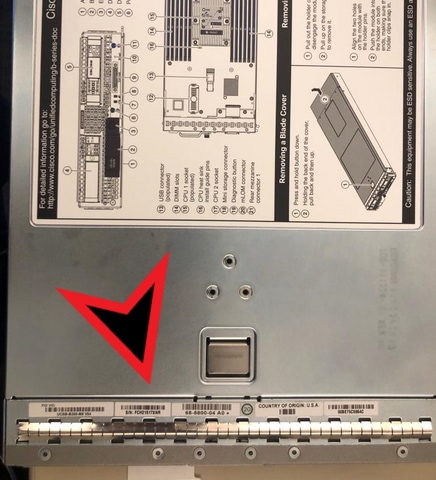 The DIMM population sticker under the lid of UCS M5 blades does not match the information in online UCS documentation.

Both configurations are valid and supported. The old sticker should not prevent discovery or any other issues, other than it is not the optimal configuration for performance. It should be noted that the performance differential is marginal (roughly 1%).

The original DIMM population sticker is not incorrect, but customers should be directed to online documentation for the latest and most optimal configuration.

For reference, here is the old sticker from B200-M5: 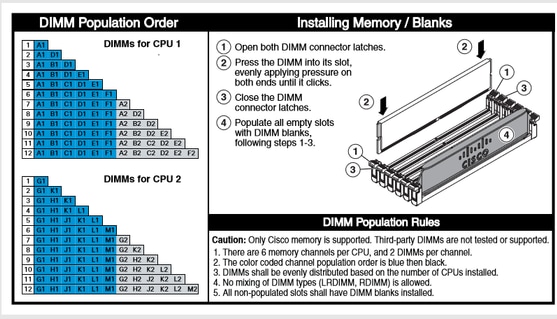 For reference, here is the old sticker from B480-M5: 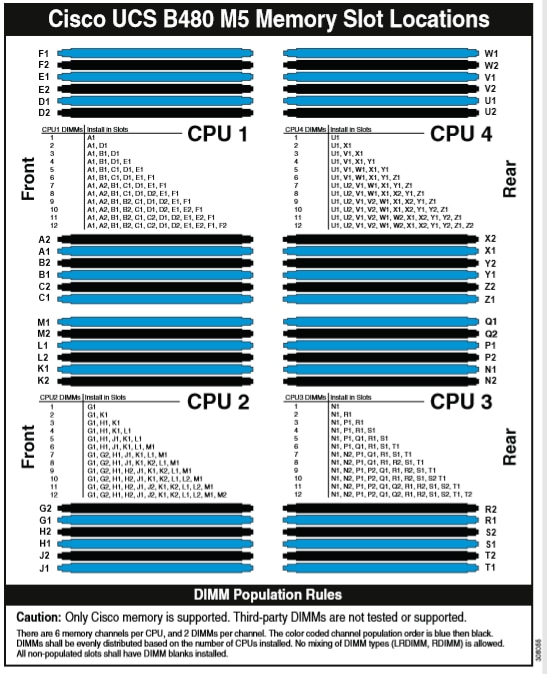