This document describes the practical aspects of Raman amplifier implementation in the Optical Network. It makes Raman easier to understand, lists down it's benefits, requirements and applications. 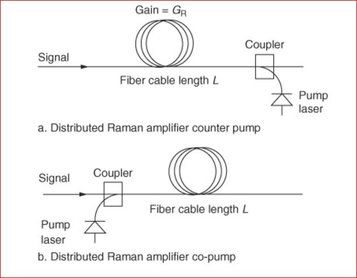 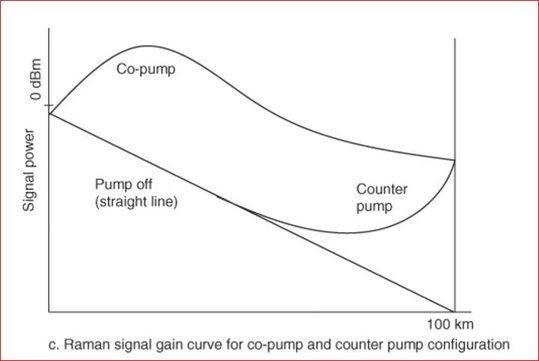 The advantage of the co-pump configurations is that it produces less noise.

Since the molecules decay to an intermediate energy vibration level, the change in energy is less than the initial received energy at the time of molecule excitation. This change in energy from excited level to intermediate level determines the photon frequency since Δ f = Δ E / h. This is referred to as the Stokes frequency shift and determines the Raman gain versus frequency curve shape and location. The energy that remains from the intermediate level to ground level is dissipated as molecular vibrations (phonons) in the fiber. Since there exists a wide range of higher energy levels, the gain curve has a broad spectral width of approximately 30 THz.

At the time of the stimulated Raman scattering, signal photons co-propagate frequency gains curve spectrum, and acquires energy from the Stokes wave, that results in signal amplification.

The Raman gain curve’s FWHM width is about 6THz (48 nm) with a peak at about 13.2THz under the pump frequency. This is the useful signal amplification spectrum. Therefore, in order to amplify a signal in the 1550 nm range the pump laser frequency is required to be 13.2THz below the signal frequency at about 1452 nm. 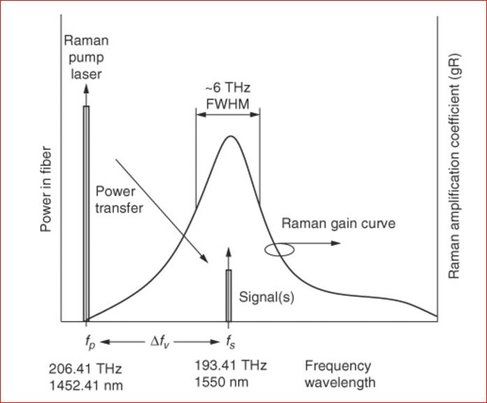 For fibers with a small effective area, such as in dispersion compensation fiber, Raman gain is higher. Gain is also dependent on the signal separation from the laser pump wavelength, Raman signal gain is also specified and field measured as on/off gain. This is defined as the ratio of the output signal power with the pump laser on and off. In most cases the Raman ASE noise has little effect on the measured signal value with the pump laser on. However, if there is considerable noise, which can be experienced when the measurement spectral width is large, then the noise power measured with the signal off  is subtracted from the pump on signal power in order to obtain an accurate on/off gain value. The Raman on/off gain is often referred to as the Raman gain.

ASE noise is due to photon generation by spontaneous Raman scattering.

DRS noise occurs when twice reflected signal power due to Rayleigh scattering is amplified and interferes with the original signal as crosstalk noise.

The strongest reflections occur from connectors and bad splices.

Typically DRS noise is less than ASE noise, but for multiple Raman spans it can add up. In order to reduce this interference, Ultra Polish Connectors (UPC) or Angle Polish Connectors (APC) can be used. Optical isolators can be installed after the laser diodes in orer to reduce reflections into the laser. Also, span OTDR traces can help locate high-reflective events for repair.

Counter pump DRA configuration results in better OSNR performance for signal gains of 15 dB and greater. Pump laser noise is less of a concern because it usually is quite low with RIN of better than 160 dB/Hz.

Noise figure is the dB version of noise factor.

The DRA noise and signal gain is distributed over the span fiber’s effective length. 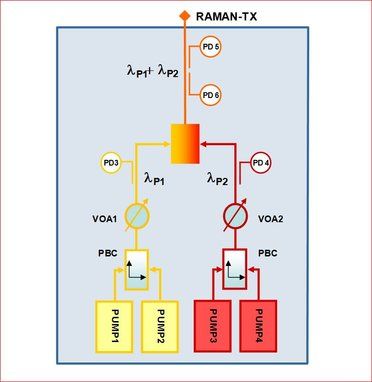 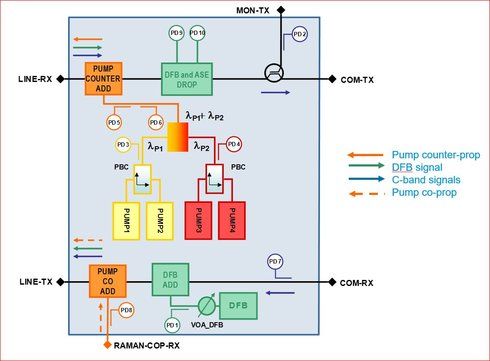 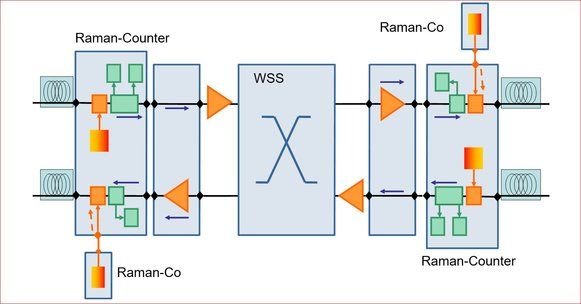 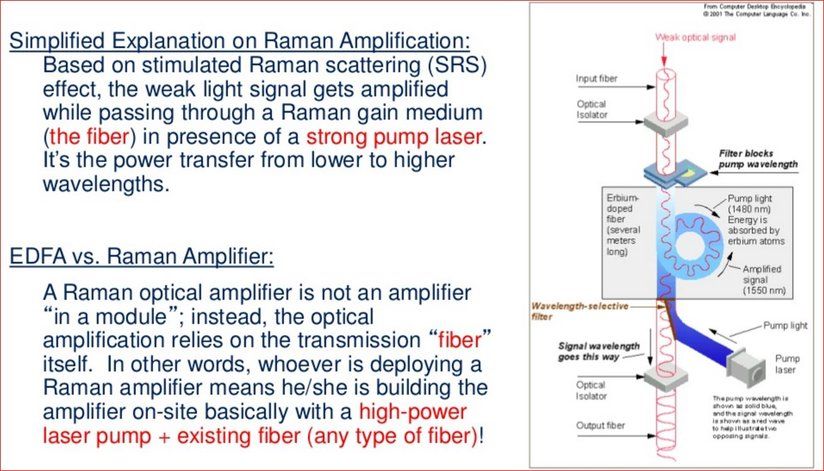