Traditional campus and data center networks are designed with high availability in mind. The primary aspect of high availability is to have redundant hardware components-chassis, supervisors, modules, and links-and redundant protocols-Spanning Tree Protocol, gateway redundancy protocol, and routing. Although this model has worked to a satisfying degree over the years, today's campus and data center operators are facing increasing challenges in managing high numbers of devices and helping ensure deterministic failover times in increasingly complex networks with varied types of new applications, business processes, and requirements. With these new applications such as video comes the demand for more bandwidth. However, most companies' IT budget is not increasing at the same rate, and so IT managers are in a dilemma to satisfy the new requirements.

The VSS 1440 is a feature on the Cisco Catalyst 6500 Series Switches that effectively allows the clustering of two physical chassis into a single logically managed entity. Figure 1 provides a graphical representation of this concept where two Cisco Catalyst 6509-E Switch chassis can be managed as a single virtual 18-slot chassis after VSS has been enabled. The Virtual Switching System acts as a single entity from the network control plane and management perspective. As such, VSS appears as a single logical switch or router to the neighboring devices.
From a data plane and traffic forwarding perspective, both switches (Figure 2) in the Virtual Switching System are actively forwarding traffic. The VSS has 800+ Mpps of IPv4 unicast lookup performance. The switch fabrics of both switches are also in an active state, allowing the VSS to achieve aggregate switch fabric capacity of 1.44 Tbps. The Virtual Switch Link (VSL) that connects the physical switches is a standard 10 Gigabit Ethernet EtherChannel ® link and is used to carry control traffic between the switches (<5 percent of a 10 Gigabit Ethernet link) in addition to user traffic. A VSL can be configured with up to 8 10 Gigabit Ethernet connections, but typically 2 10 Gigabit Ethernet links are sufficient for redundancy. Each switch actively forwards traffic and does not depend on the bandwidth of the VSL to get full 1.44 Tbps throughput. In addition, an administrator can provision additional links between the two switches if required. 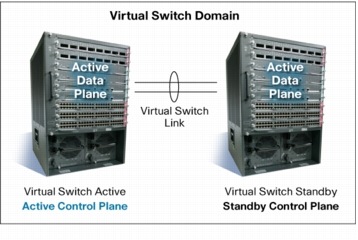 • VSS 1440 is managed using a single point of management through the active virtual switch member. The number of devices that need to be managed by Simple Network Management Protocol [SNMP] is reduced by 50 percent.

• VSS 1440 has a single combined configuration file for both virtual switch members, and VSS allows configuration of both the switches from a single management interface (using a CLI or SNMP).

• Policy changes or configuration file changes has additional overhead in the traditional model with two separate points of management. The network operator has to manually synchronize both the devices, and it is prone to errors. In VSS 1440, any update is synchronized between the two physical switches.

• Gateway redundancy protocols such as Virtual Router Redundancy Protocol/Hot Standby Router Protocol (VRRP/HSRP) are required to help ensure a smooth first hop gateway address for the hosts. These protocols have the following weaknesses:

– Three separate IP address per subnet (one for active router, one for standby router, and one for virtual IP address)

– Overhead of configuring the protocol parameters

VSS has a single gateway IP address and offers full first hop redundancy. With VSS, configuration is not only greatly simplified; it also eliminates the need for these gateway redundancy protocols and the associated overhead of these protocols. 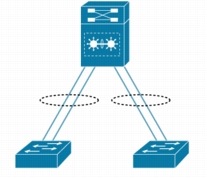 – Number of VLANs or subnets, because multiple protocol convergence is unpredictable and in the range of few seconds

• VSS utilizes EtherChannel (802.3ad or PAgP or Manual ON mode) for deterministic, sub-second Layer 2 link recovery, unlike convergence based on Spanning Tree Protocol in a traditional network design. Spanning Tree Protocol requires the blocking port to go forwarding if the active link fails, and depending on the number of VLANs, the blocked link time to forward may be varied. With VSS, all links are forwarding at all times, and loss of one of the uplinks just represents a loss of link in EtherChannel. Traffic going through the still active link continues to get forwarded with no disruption, while the traffic that was sent on the now failed link is sent over the remaining active link(s). (Cisco allows up to 8 links in an EtherChannel bundle.)

• VSS activates all available Layer 2 bandwidth across redundant Cisco Catalyst 6500 Series Switches. VSS also maximizes the link utilization on these connections with even and granular load balancing based on Cisco EtherChannel or standards-based 802.3ad protocol. In traditional networks, Spanning Tree Protocol blocks ports to prevent loops. The blocked ports are not utilized. An advanced design with Spanning Tree Protocol involves VLAN-based load balancing, which still does not evenly load balance the links in a typical campus network. Transitioning to VSS 1440 from a Traditional Multilayer Network Following are deployment consideration to transition to VSS 1440:

• Network device requirement: Any network device can connect to VSS 1440. To maintain high availability of the attached devices, we recommend that the device be dual attached to both VSS members. Singly attached devices are supported. Multichassis EtherChannel is supported in either IEEE 802.3ad (Link Aggregation Control Protocol [LACP]), Cisco PAgP, or manual ON mode.

• Converting to VSS mode considerations: If it is a new install, covert the standalone switches to VSS and perform the needed configuration. If you are converting from an existing production network to VSS, plan a maintenance window to convert the existing two standalone switches to a combined VSS switch. The network configuration becomes much simpler when you covert to VSS mode from the traditional network; however, those configuration changes are not automatically performed and are the responsibility of the administrator. Remember to configure Multichassis EtherChannel on any relevant attached devices. Configuring Multichassis EtherChannel is exactly same as configuring traditional EtherChannel.

• High-availability considerations: To maintain high availability of the attached devices, we recommend that the device be dual attached to both VSS members. Singly attached devices are supported but will lose connectivity when the switch to which they are attached fails. In the initial release of software, only a single supervisor per chassis is supported. Dual supervisor per VSS member is planned for future software release.

Figure 8 shows the same topology with VSS 1440 deployed in the distribution layer. Benefits of this architecture include loop-free topology, full use of the available bandwidth with Multichassis EtherChannel, elimination of protocols such as Spanning Tree Protocol and FHRP, fewer routing peers (only one peer to the core layer), and a single point of management and policy control. The failover is deterministic and can be sub-200-ms because of reliance on Nonstop Forwarding/Stateful Switchover (NSF/SSO) between the two chassis. Any failover is stateful, thereby not disrupting applications flowing through the distribution layer network. 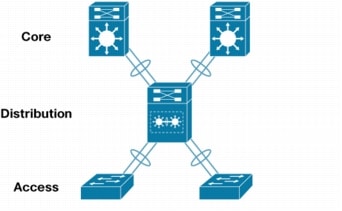 Figure 9 shows the same topology, but now the core layer is also deployed as VSS 1440. In addition to the previous benefits, there are now a single point of management for the core layer, a simplified network topology, and deterministic core failover. Reliance on EtherChannel load balancing improves the load sharing as compared to ECMP.

Figure 9. VSS 1440 Deployed in the Core and Distribution Layer 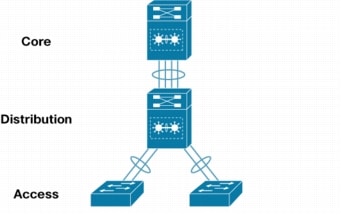 Figure 10 shows the topology in a data center deployment where the VSS 1440 allows servers to be connected to the Cisco Catalyst 6500 using 802.3ad standards-based LACP. Unlike the proprietary NIC teaming protocols, LACP allows bidirectional use of bandwidth on the NICs of the server and provides switch redundancy in a data center. If one of the switches or links fails, the second active link will continue to forward traffic. VSS 1440 at the access layer provides a single point of management, simplified topology, and Layer 2 topology scalability with Spanning Tree Protocol elimination.

Figure 10. VSS Deployed in the Core, Distribution, and Server Access in a Data Center Network 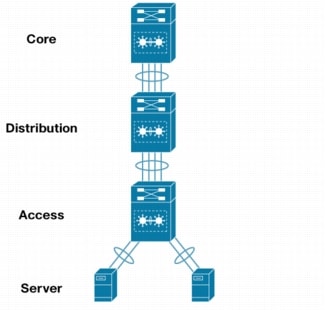