The Cisco NCS 4216 is a seven-rack unit router that belongs to the Cisco NCS 4200 family of routers. This router complements Cisco’s offerings for IP RAN solutions for the GSM, UMTS, LTE, and CDMA. Given its form-factor, interface types and GigabitEthernet density the Cisco NCS 4216 can also be positioned as a Carrier Ethernet aggregation platform.

The key feature of the Cisco NCS 4216 is to increase per platform and rack-unit interface density, especially when combining multiple interface types such as Gigabit Ethernet (GE), TDM, 10GE, 40GE and 100GE.

The Cisco NCS 4216 has the following hardware features: 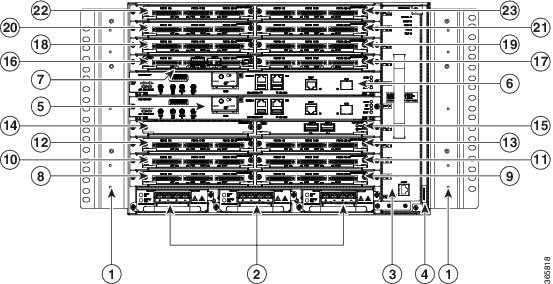 The following table summarizes the system specifications and environmental requirements for the Cisco NCS 4216.

The GNSS module is present on the RSP. It is a pluggable module that allows direct interface with the external antenna.

The recommended range of LNA gain (LNA gain minus all cable and connector losses) at the connector of the receiver module is 22dB to 30dB with a minimum of 20dB and a maximum of 35dB.

GNSS modules have built-in ESD protections on all pins, including the RF-input pin. However, additional surge protection may be required if rooftop antennas are being connected, to meet the regulations and standards for lightning protection in the countries where the end-product is installed.

Surge arrestors should support DC-pass and suitable for the GPS frequency range (1.575GHz) with low attenuation.

GPS signals can only be received on a direct line of sight between antenna and satellite. The antenna should see as much as possible from the total sky. For proper timing, minimum of four satellites should be locked.

For more information about installing the Cisco NCS 4216 power supplies, see the Installing the Power Supply.

Each power supply has dual feed. It is recommended to connect each power feed to a separate input source.

The Cisco NCS 4216 DC power supply does not support the Dying Gasp feature.

LEDs are also provided on each power supply to indicate the status of the input power and the health of the power supply. For more information about the LEDs on the Cisco NCS 4216, see Troubleshooting section.

The fan tray modules supported on the router is:

The fan tray has the following hardware features:

The dust filter on the fan tray is a quadrafoam 45PPI filter which is 85 percent dust resistant. For installing the fan filter, see Removing and Replacing the Dust Filter section.

The door provides access to the shelf, and acts as a protective panel.

The front door of NCS 4216 provides access to the shelf, and fan-tray assembly.

The front door acts as protective panels. The laser warning label is placed on the rear of the chassis.

The following figure illustrates the door design showing the front and back of the door. 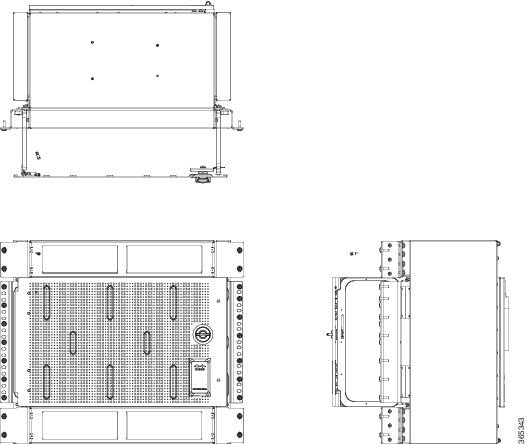 The Cisco NCS 4216 is designed to use up to two RSP modules to handle the data plane, network timing, and control plane functionalities for the router. The RSP configuration allows you to use Cisco IOS software to control chassis management, redundancy, external management, and system status indications on the router.

The RSP provides the following features on the Cisco router:

Use the hw-module subslot default command before performing a swap of the modules. to default the interfaces on the interface module.

The following figure summarizes the interfaces on the RSP module.

Figure 3. Interfaces on the RSP Module

The network interfaces are provided through pluggable interface modules. 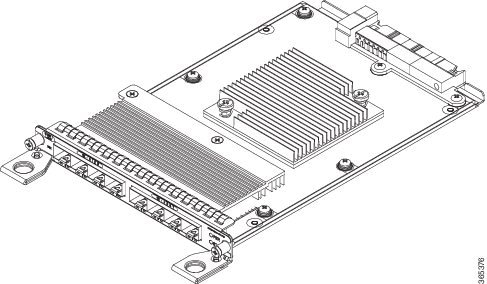 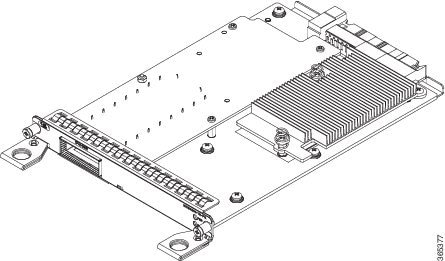 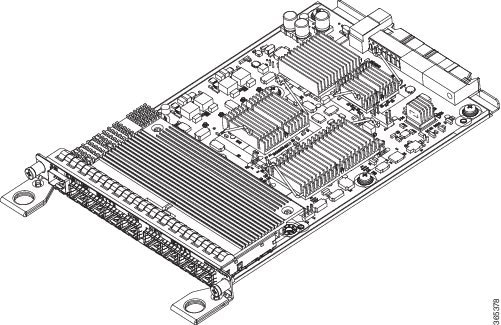 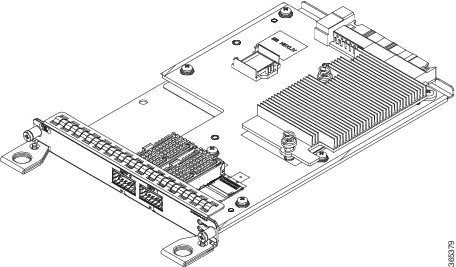 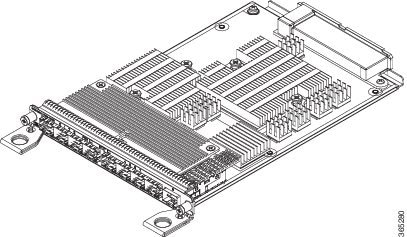 The 48 X T1/E1 interface module provides connectivity for up to 48 x T1/E1 ports through 3 high-density connectors on the front panel. Each port supports 16 TX and RX ports. For information on LEDs, see the Troubleshooting section. 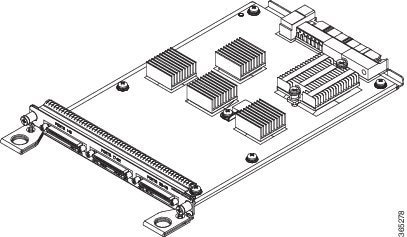 The 48 X T3/E3 interface module provides connectivity for up to 48 x T3/E3 ports through 3 high-density connectors on the front panel. Each port supports 16 TX and RX ports. For information on LEDs, see the Troubleshooting section. 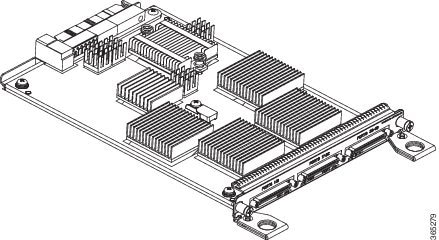 The Cisco NCS 4216 has a temperature sensor to detect ambient overtemperature conditions inside the chassis. The operating temperature range is between –40 C to +65 C. Temperatures outside this range are reported to the processor as an interrupt, and the software takes action to generate the appropriate alarms.

The Cisco NCS 4216 has patch panel modules that provide interconnections with the interface modules.

The patch panels listed above make these 48 ports available to the customer. 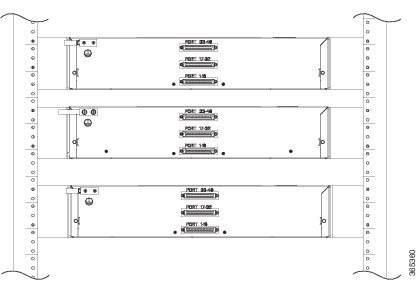 Following is an explanation of the slot or port numbering:

The following commands display the active RP slot number. The interface module is referenced as 1/x instead of 0/x: