ECM-IDLE Mode and Overcharging Protection in SGW and PGW

This document describes the Overcharging Protection feature in the Serving Gateway (SGW) and Packet Data Network Gateway (PGW). This licensed feature helps to avoid overcharging a subscriber for dropped packets while the user equipment (UE) is in idle mode.

Subscribers might be overcharged because of buffer overflow or a delay in paging at the time of EPS Connection Management (ECM)-IDLE mode Downlink (DL) data forwarding. There could be discrepancies in the SGW and PGW charging records. This document explains how to prevent such overcharges.

The UE is in the ECM-IDLE mode when there is no Non-Access Stratum (NAS) that signals a connection between the UE and the network. Usually, the Evolved Packet Core (EPC) UE moves to the ECM-IDLE state because of different ENodeB and Mobility Management Entity (MME) initiated scenarios. Most commonly, when the UE inactivity timer expires.

At the time of the ECM-IDLE Mode, there could be DL data that comes in from the Internet for the UE. These packets will hit the PGW first. The PGW will forward these packets to the SGW after suitable accounting of the bytes. Once the SGW receives the data, it buffers the incoming packets. After it identifies that the UE is in idle mode, it starts the Downlink Data Notification (DDN) procedure to MME and MME initiates paging for the UE. 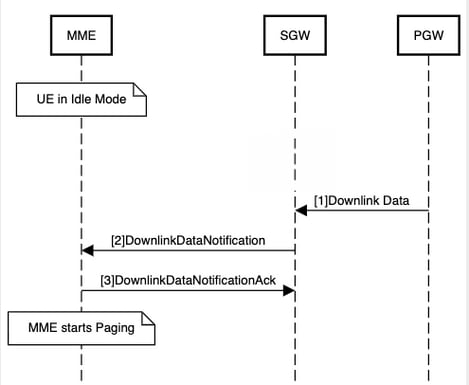 If, in this scenario, the DL packets are not forwarded to the UE because of a paging delay, the SGW buffer might overflow because of a DDN failure. Int this case, the UE might be overcharged. The Overcharging Protection feature would handle such a scenario and protect it from overcharging the customer. This is in accordance with 3GPP TS 29.274.

This feature can be triggered by Packet Drop Limit or DDN Failure Threshold configured in the SGW. This document is prepared taking Release 21.X and earlier into consideration.

The operator can specify these thresholds at the SGW for this feature:

If this feature is enabled at the PGW, it indicates that it supports PDN Gateway pause of charging to the SGW in these messages: 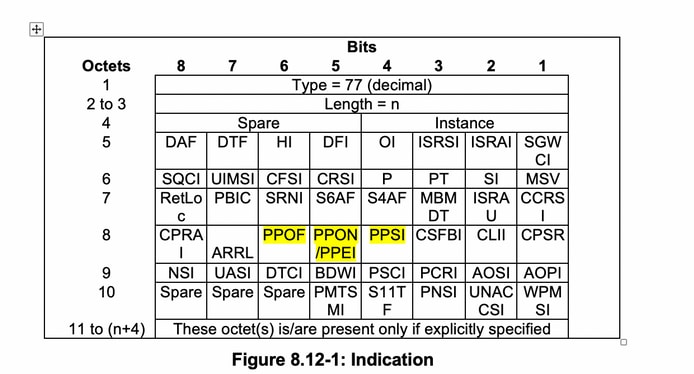 “PPOFF (PDN Pause Off Indication)” flag is proposed in the Indication IE.

Support Indication by the SGW

The PGW will come to know about the peer SGW capabilities through the:

Support Indication by the PGW

The PGW will inform the SGW about its capabilities through the: 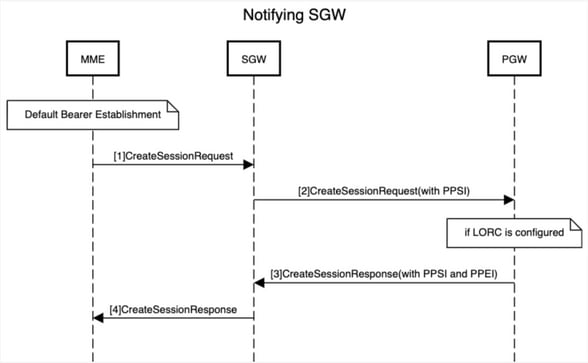 Pause and Resume Charging Indication from the SGW 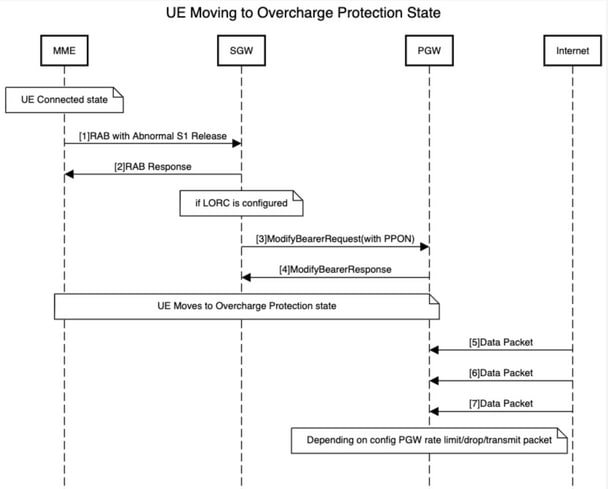 The UE moves out of Overcharge Protection Mode. 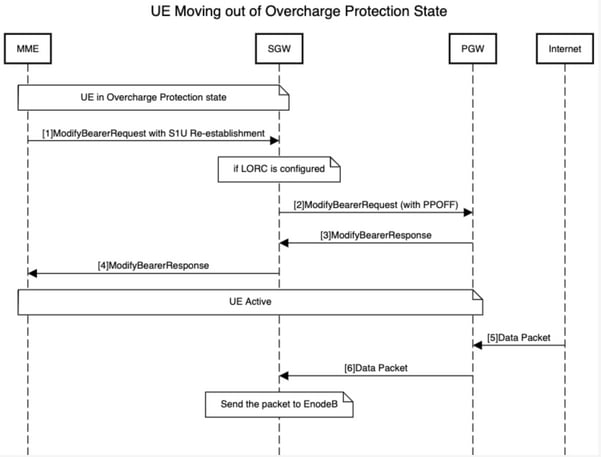 Configuration of Overcharging Protection at the PGW

In the PGW service:

In an APN configuration:

Configuration of Overcharging Protection at the SGW

drop_limit_value is an integer from 1 through 99999

The SGW will trigger "PPON" in Modify Bearer Request once any of those conditions are met.

The output from these show commands depicts the overcharging protection statistics in the PGW.